The life of the associated artisans in Barcelona, the city trade unions 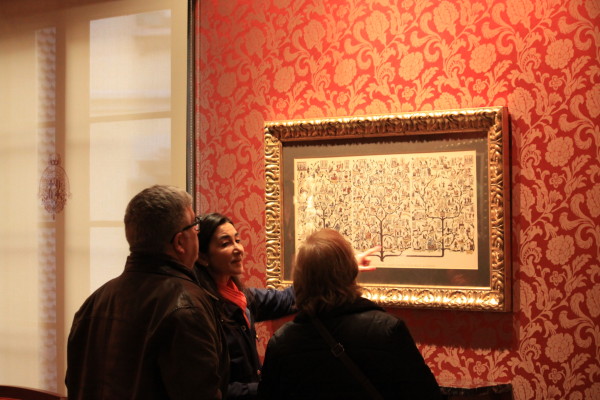 The life of the artisans in Barcelona changed completely due to the Cerdà’s plan and the creation of Vía Layetana (where our office is located) at the beginning of the 20th century. Since then many guild houses were lost making us impossible to visit them and understand the concept of this type of association. However, some of them still survive the passage of time for its artistic and architectural value. The House of Silk of the College of the Greater Art of the Silk was one of them. 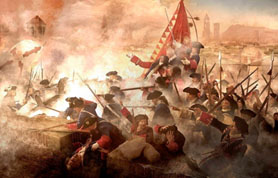 Urban militias of the main cities of Catalonia until its abolition and disarmament in 1714.

But even if there are not as many material evidences as we would like, we do have enough documentation to have a fairly approximate idea of ​​the guild system during the medieval times in Barcelona.

Normally, the groups of artisans who shared a profession settled in the same street, which ended up receiving the name of the trade in question. 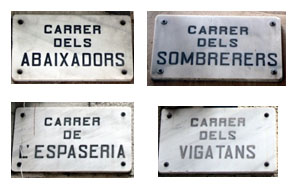 Gradually, they were formed into associations governed by ordinances previously authorized by the monarch, and that regulated all aspects related to the guild: product prices, quotas, subsidies for widowhood and poverty, standards and compliance, training of apprentices, etc.

But the union groups not only had a labor character, but also beneficial-social, religious, political and even military. They became active members of the Council of One Hundred and the urban militia, each guild had the obligation to defend a particular part of the city wall in case of attack.

In the Middle Ages, religion was one of the basic pillars of society and guilds used to belong to a brotherhood, under the patronage of a patron saint who became their patron, giving special importance to the celebration of their respective feast.

What was being in a guild?

Being part of a guild involved the acquisition of certain privileges but also the obligatory fulfillment of some duties. At the beginning, the apprentices, after three or four years of “practices” had to pass an exam or internship to obtain the status of official and later that of a teacher. Generally, the apprentice did not collect a salary and lived in the house of the teacher and his family. Once passed the exam, already as a specialized craftsman he got a salary but he was still guided by a teacher. To reach that rank, the craftsman had to perform a “masterpiece”, something that would show that he was ready to work without anybody guiding him.

Why did the guilds disappear?

There came a time when the diversity of guilds and specializations was such that the discussions happened too often directly affecting the work and the economy of the city. Finally, with the Industrial Revolution and the liberalization of the professions, anyone could devote himself to what he wanted without being organized, the guilds were losing meaning until his official disappearance in 1836.

As Molas said: “Capitalism had economically ruined the guilds. Trade unionism would overcome it socially. In this way they dissociated the two elements of capital and labor that the unions had harmonized badly well, for centuries”… four, neither more nor less. Don’t miss the opportunity to visit The House of Silk.

or any house museum you would like to visit in Barcelona.