With about 1,000 residents, Castellfollit de la Roca is one of the smallest towns in Catalonia. The historic center, perched on top of a cliff ledge between two rivers, dates back to the Middle Ages.

The basalt cliff is over 50 meters high and about a kilometre long. It was formed by the erosive action of the Fluvià and Toronell rivers on the remains of lava flows from volcanic eruptions that took place over one hundred thousand years ago.

At the far end of the cliff stands the church of Sant Salvador, which dates back to the 13th century. The church was destroyed during the civil war and was rebuilt in a late Rennaisance style. 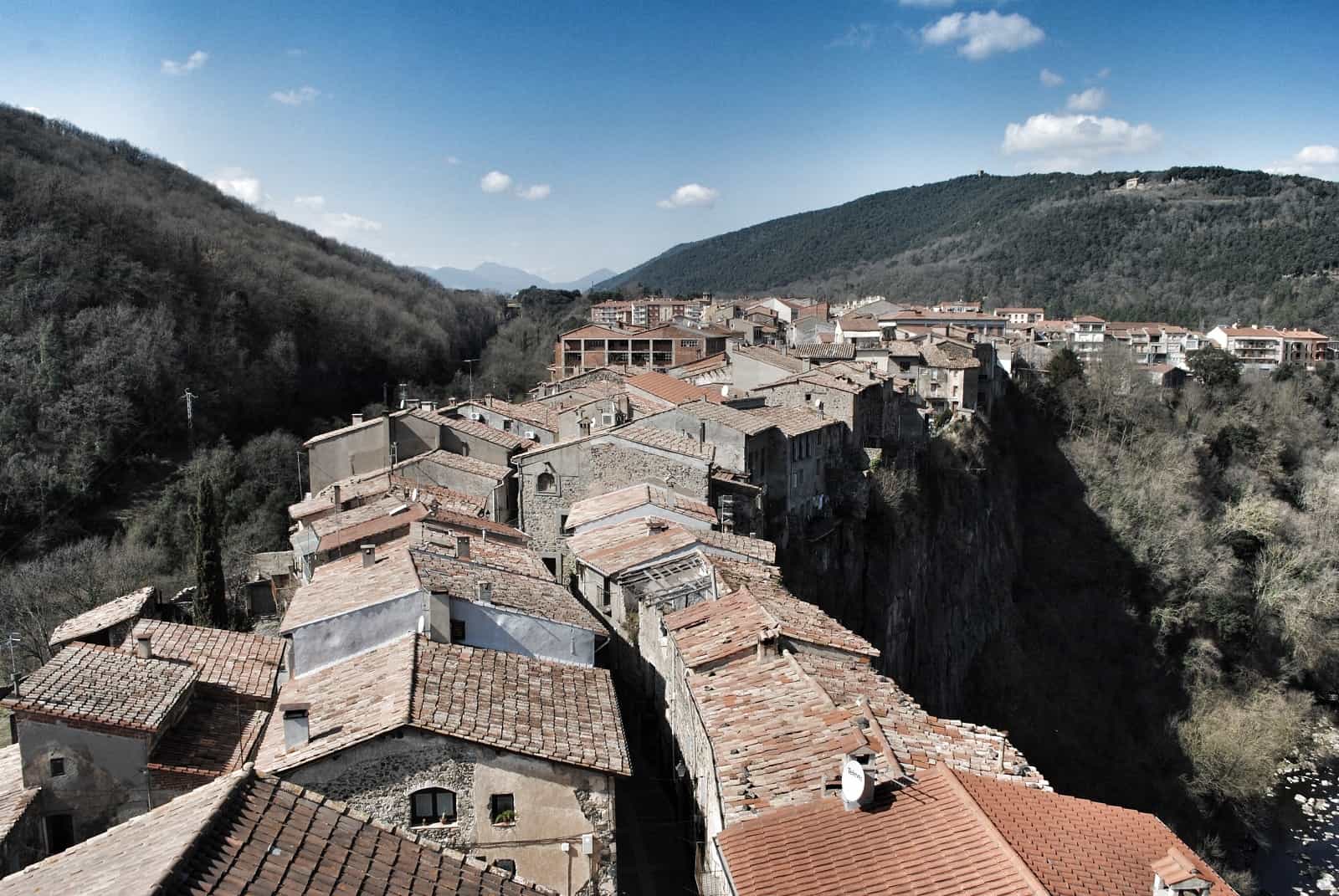 View from the tower of Sant Salvador Church

Castellfollit de la Roca is located beside the Garrotxa Volcanic Area Nature Reserve, which has numerous beautiful hiking routes. Route number 13 of the  Garrotxa Volcanic Area Nature Reserve goes through the town and around the basalt cliff, taking about 45 minutes to walk. Another historic small town, Sant Joan les Fonts, is within hiking distance, making a good destination for a day trip. 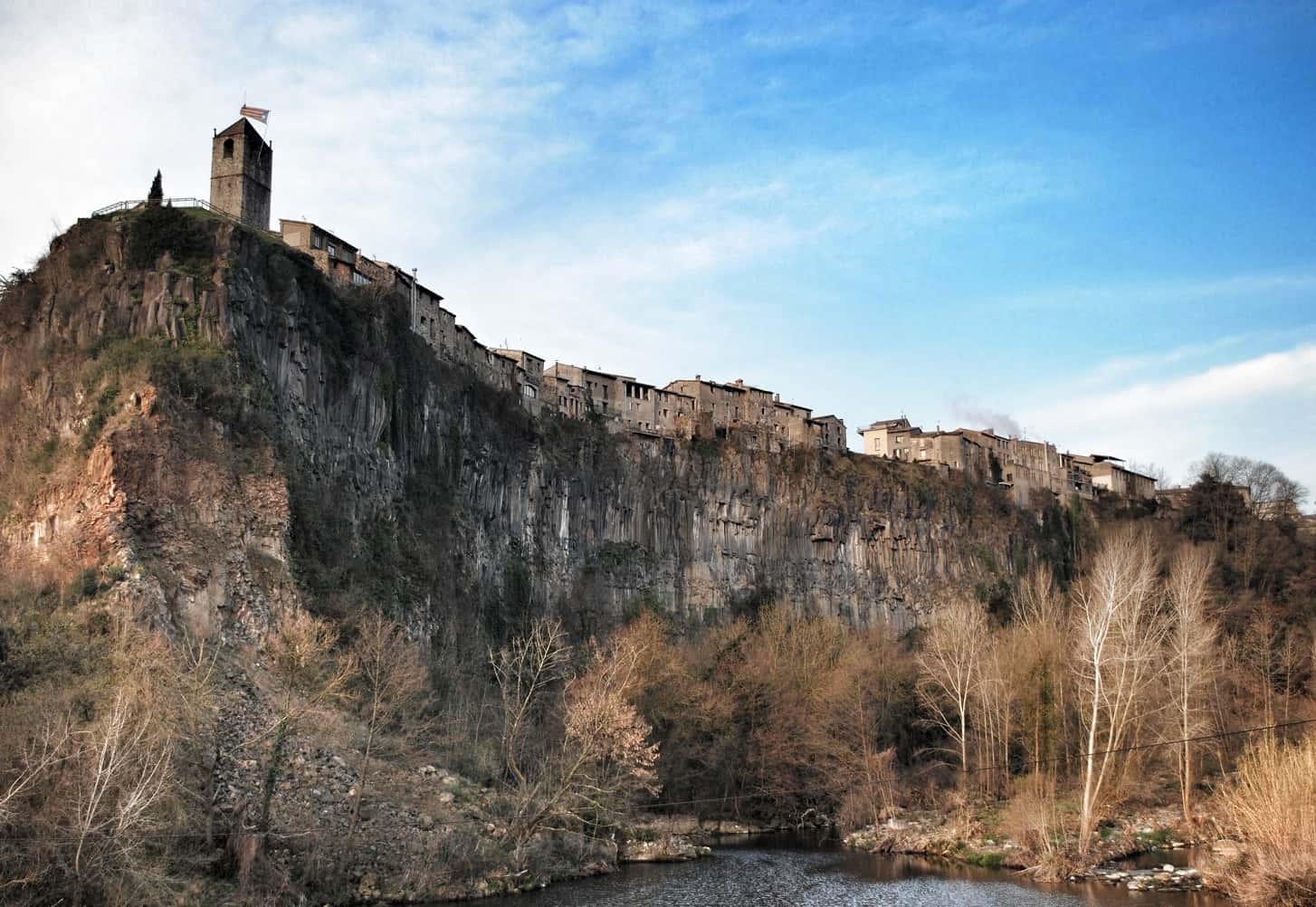 While it feels very remote, the town is only about two hours drive from Barcelona. Teisa Bus offers a service leaving from downtown Barcelona (Carrer de Pau Clarís, 117) to the center of Castellfollit de la Roca. The hotel Fonda Ca La Paula is located within a short walk of the main attractions.

Olot, the capital of the comarca of the Garrotxa and Besalú, a well preserved medieval town, are both within a short drive of Castellfollit de la Roca.