El Born is part of the Ciutat Vella (old city) of Barcelona and sits within a larger district officially called Sant Pere, Santa Caterina i la Ribera. The neighborhood is one of the most fashionable parts of the city, famous for its international feel, nightlife and wealth of cultural attractions. 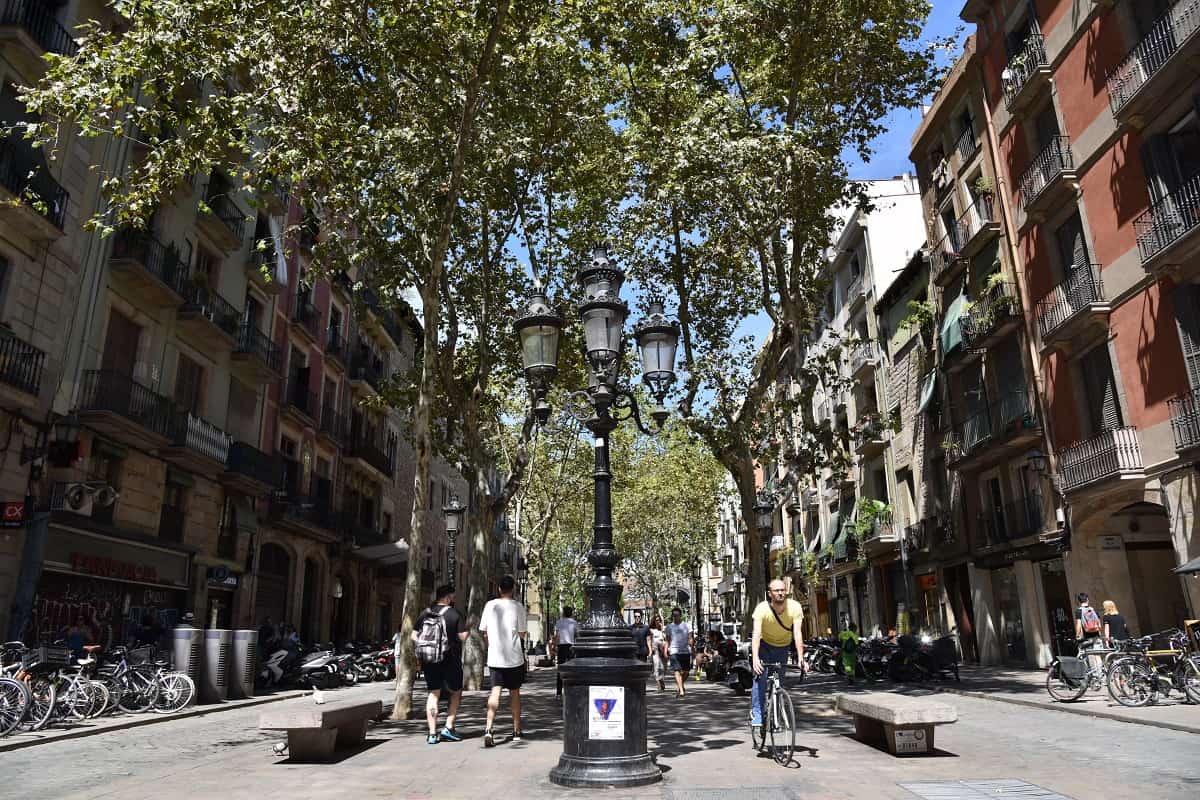 According to legend, the name El Born is derived from the Catalan word bornejar which means to joust. During medieval times jousting tournaments were held on the strip that is now called Passeig del Born. The location has also been used for religious processions and festivals for hundreds of years. In the 16th century during the Spanish Inquisition, Passeig del Born was the site of the execution of condemned heretics. Today it is lined with trendy bars and clubs that start buzzing at around 11PM.

The origins of Carrer Montcada date back to the 12th century when the Barons of Montcada were given the land by the Count Kings of Catalonia, rewarding them for supporting Ramon Berenguer IV, the Count of Barcelona, in the conquest of Tortosa in 1148. Wealthy Barcelona maritime merchants lined the street with their mansions or palazzos, most of them constructed in the Catalan Gothic style. The medieval Palau Baró de Castellet, now houses the Museu Picasso of Barcelona.

The Centre de Cultura in El Born resides in what was formerly Barcelona’s largest wholesale food market. The Mercat del Born dates back to the 1870s and continued to operate into the 1970s. It was discovered that beneath the market there were very well preserved archaeological remains of an area called Vilanova de Mar dating back to the year 1700. This area was destroyed by Spanish King Philip V, after Barcelona’s defeat in the Spanish war of Succession in 1714. 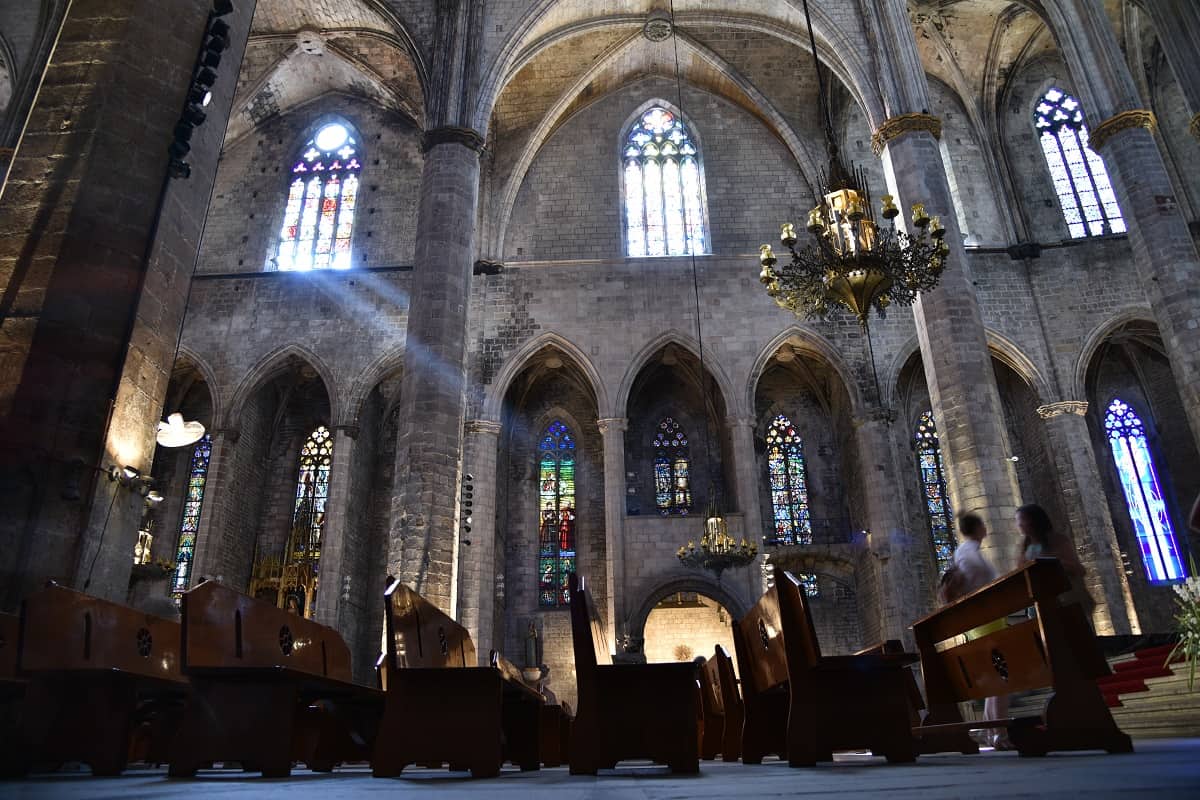 Santa Maria del Mar was built froom 1329 to 1383 and the impressive Catalan Gothic church reflects the wealth and power of the period. The interior is remarkably light and spacious, with the widest spaced columns of any Gothic church in Europe. 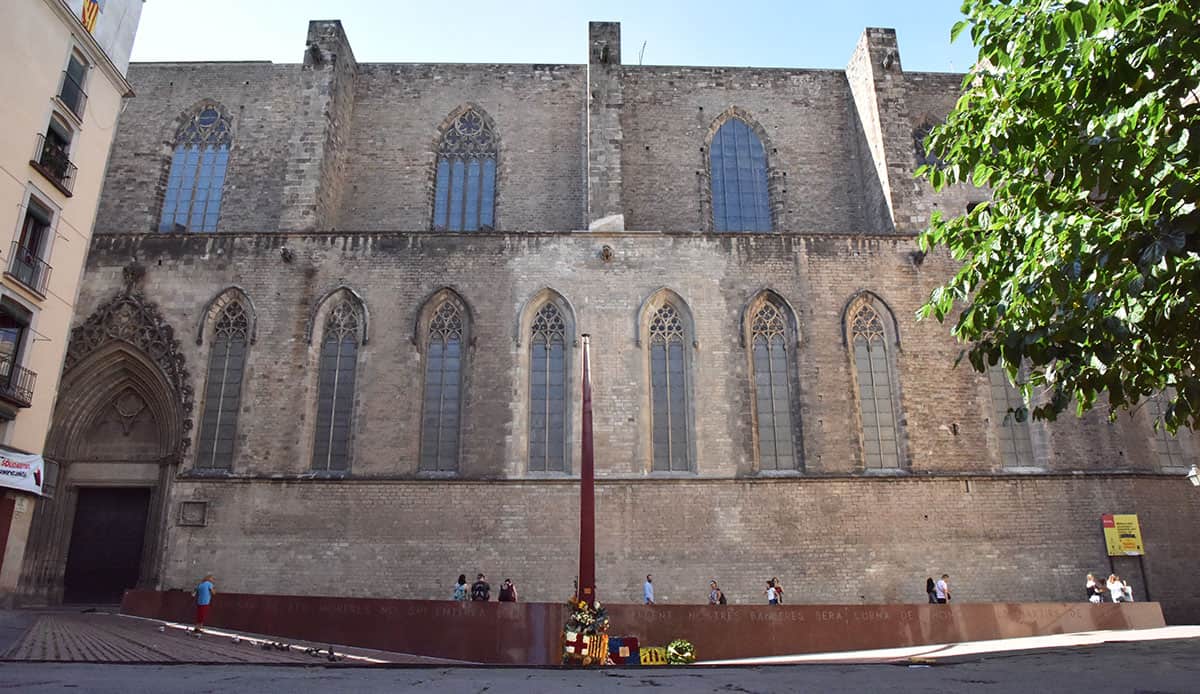 El Fossar de les Moreres is a historic square sitting next to the basilica of Santa Maria del Mar. The square was built over a cemetery where defenders of the city were buried following the Siege of Barcelona at the end of the War of the Spanish Succession in 1714. The structure in the center honors the Catalans killed in the war with a torch of eternal flame and a poem by Frederic Soler called “El Fossar de les Moreres”  (“The Grave of the Mulberries”).

Estació de França is the second busiest railway station in Barcelona, after Barcelona Sants. It was originally built in the 19th century as the main station for trains arriving from France as well as the Costa Brava and North East Catalonia. The attractive station has marble, bronze and crystal elements, with modernist motifs. 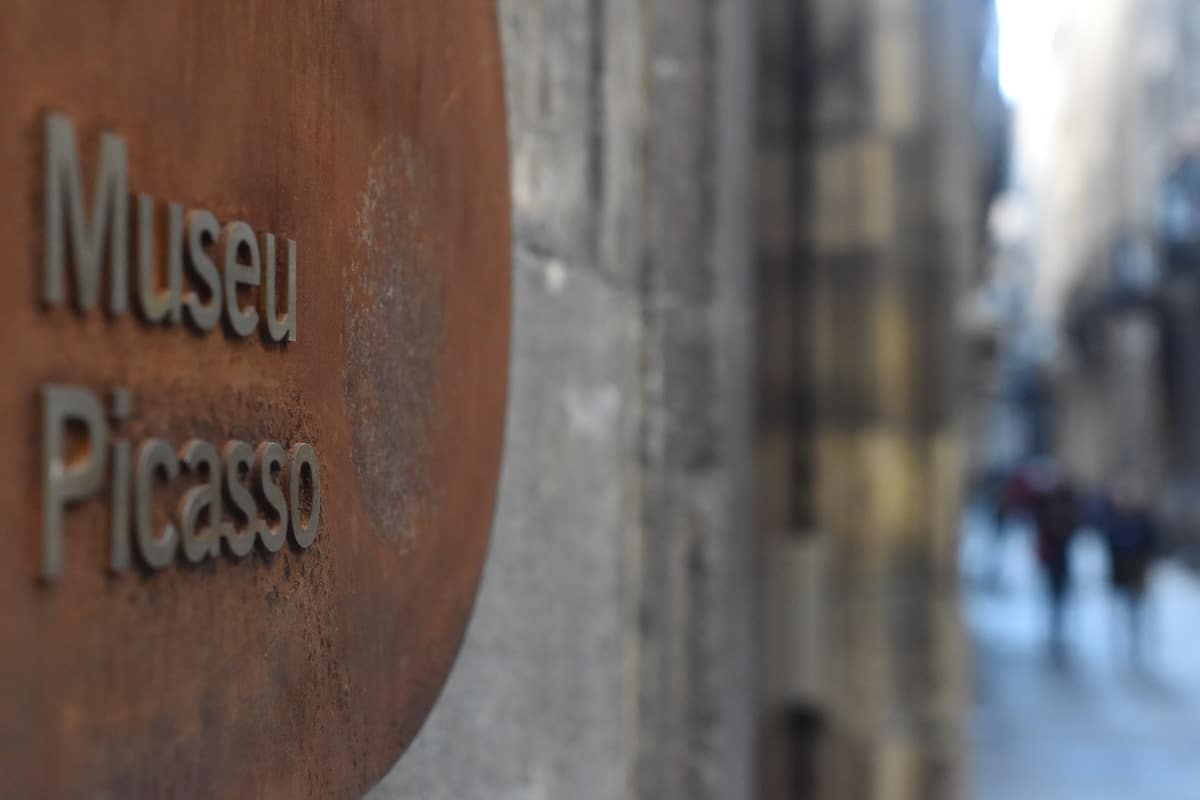 The Museu Picasso exhibits an extensive collection of the artists early paintings, including The First Communion (1896), and Science and Charity (1897). With over 3,500 works it is the largest collection of Picasso’s art. Also on Montacada, Fundació Gaspar exhibits international contemporary art. Around the corner, MEAM: European Museum of Modern Art exhibits figurative painting and sculpture of the 20th and 21st Centuries. 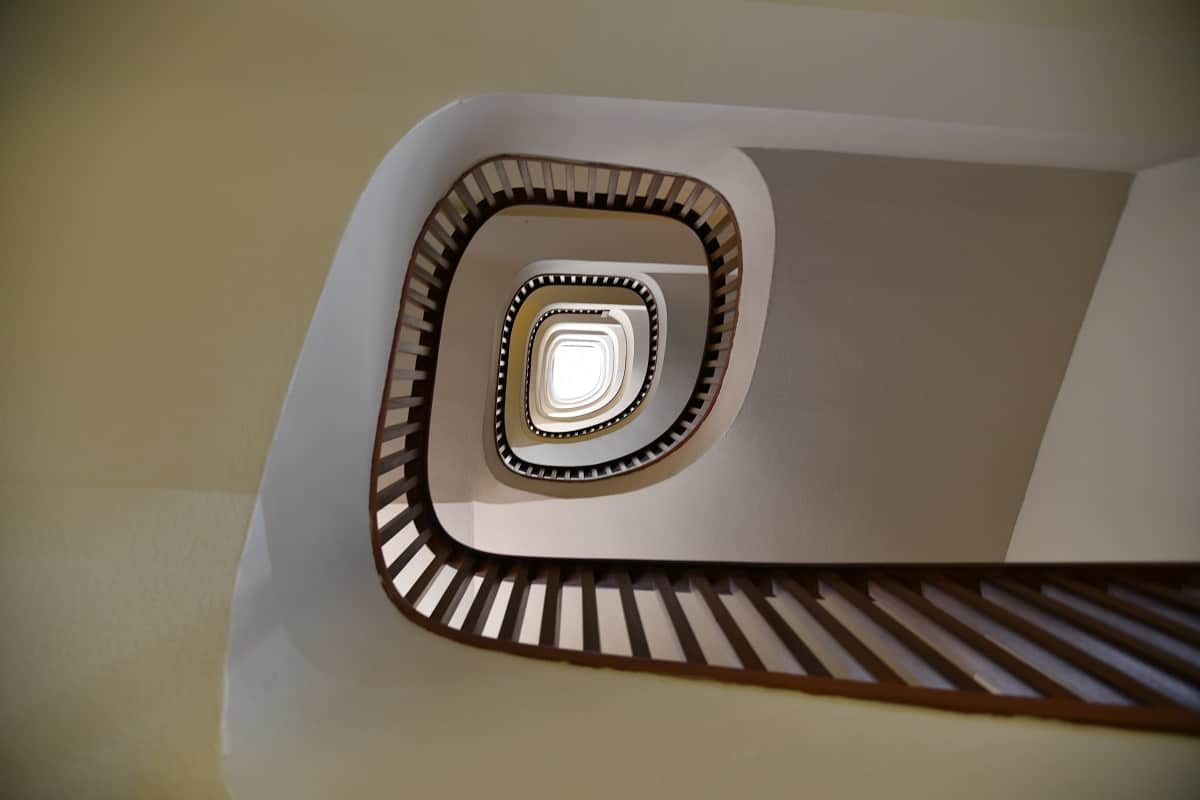 K K Hotel Picasso is situated in an elegant arcaded building overlooking the Parc de la Ciutadella. Park Hotel a historic 3-star hotel built between 1950 and 1953 by the architect Antoni de Moragas i Gallissà, one of the first buildings of the neo-rationalism movement of postwar Europe. The H10 Port Vell overlooks the harbour and is a short walk from the beaches of Barceloneta. 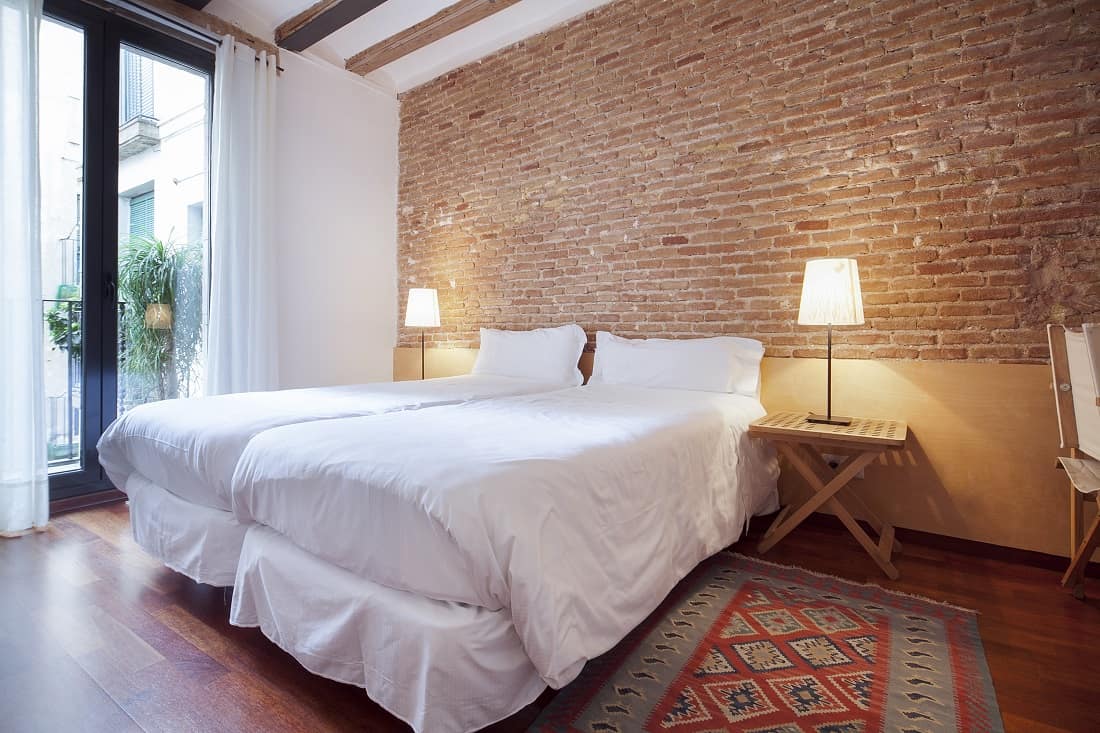 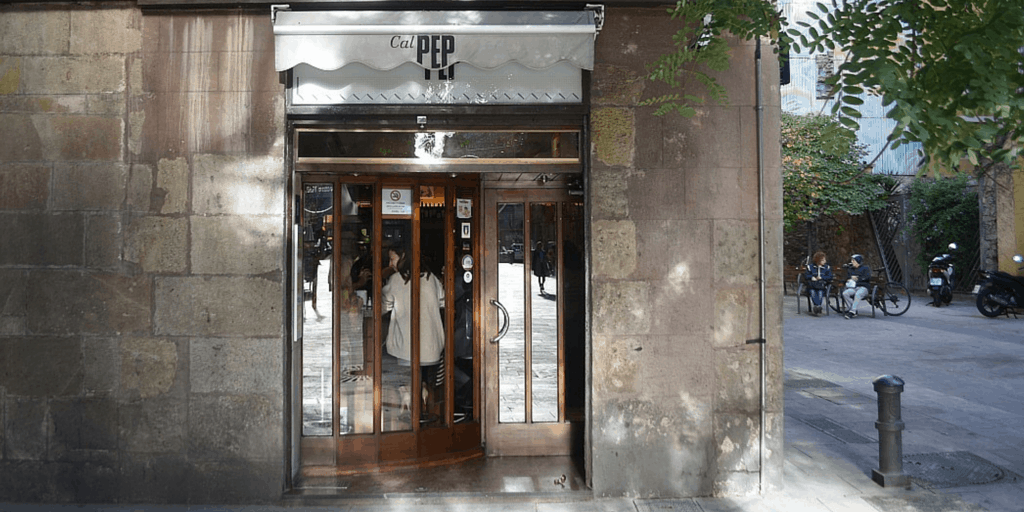 Cal Pep is widely viewed as one of the best tapas restaurants in the city. Chef and owner Pep is said to send scouts to the best fish auctions along the nearby Costa Brava every morning to bring back the best seafood available, rather than buying from Barcelona markets. Restaurant 7 Portes is famous for its Paella Parellada as well as its illustrious history of patrons, from Che Guevara to Ava Gardner. El Xampanyet is an iconic tapas bar situated near the Museu Picasso on Carrer de Montcada notorious for its lively clientele. 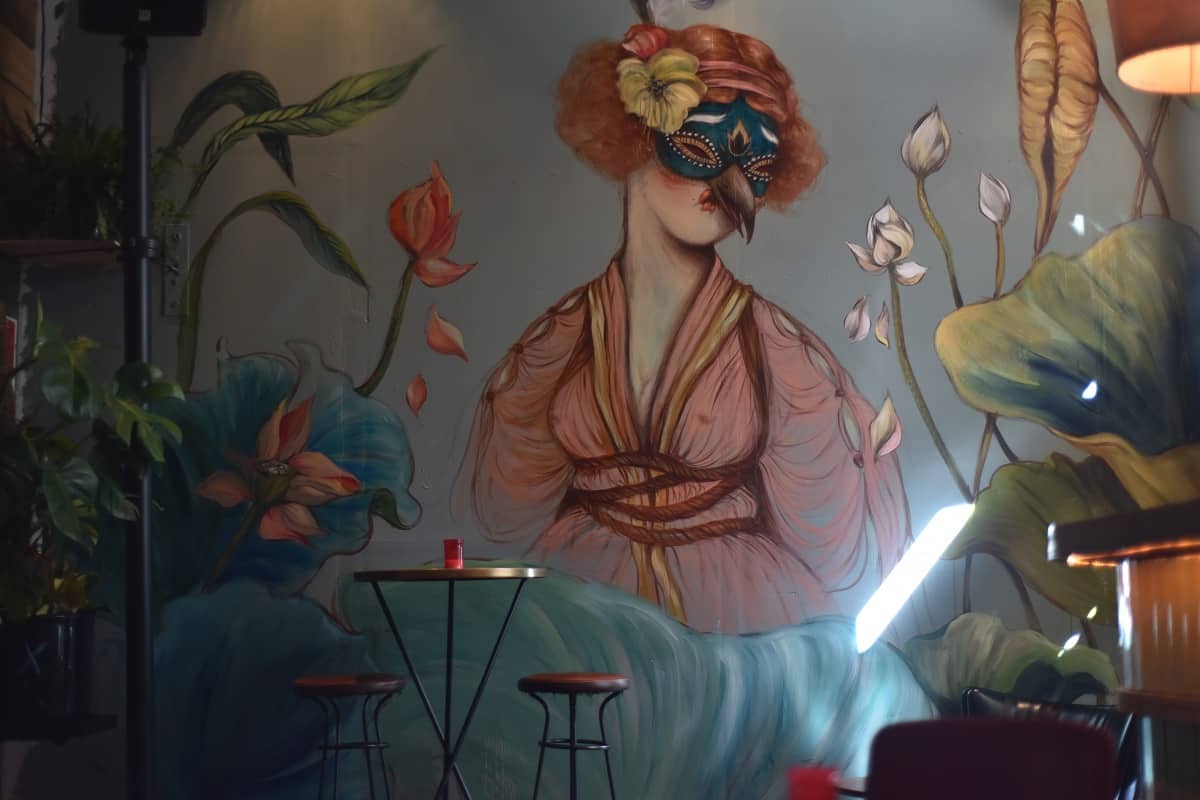 Guzzo is a club, café, bar, restaurant and art gallery all rolled into one. The MIX club on Carrer del Comerç features DJ sessions, live music performances and special events. Magic is a legendary rock club situated on Passeig Picasso famous for revelry continuing into the wee hours of the morning. Super Super Bar is a popular local haunt for enjoying a cocktail or vermouth and their tapas are unusually good. 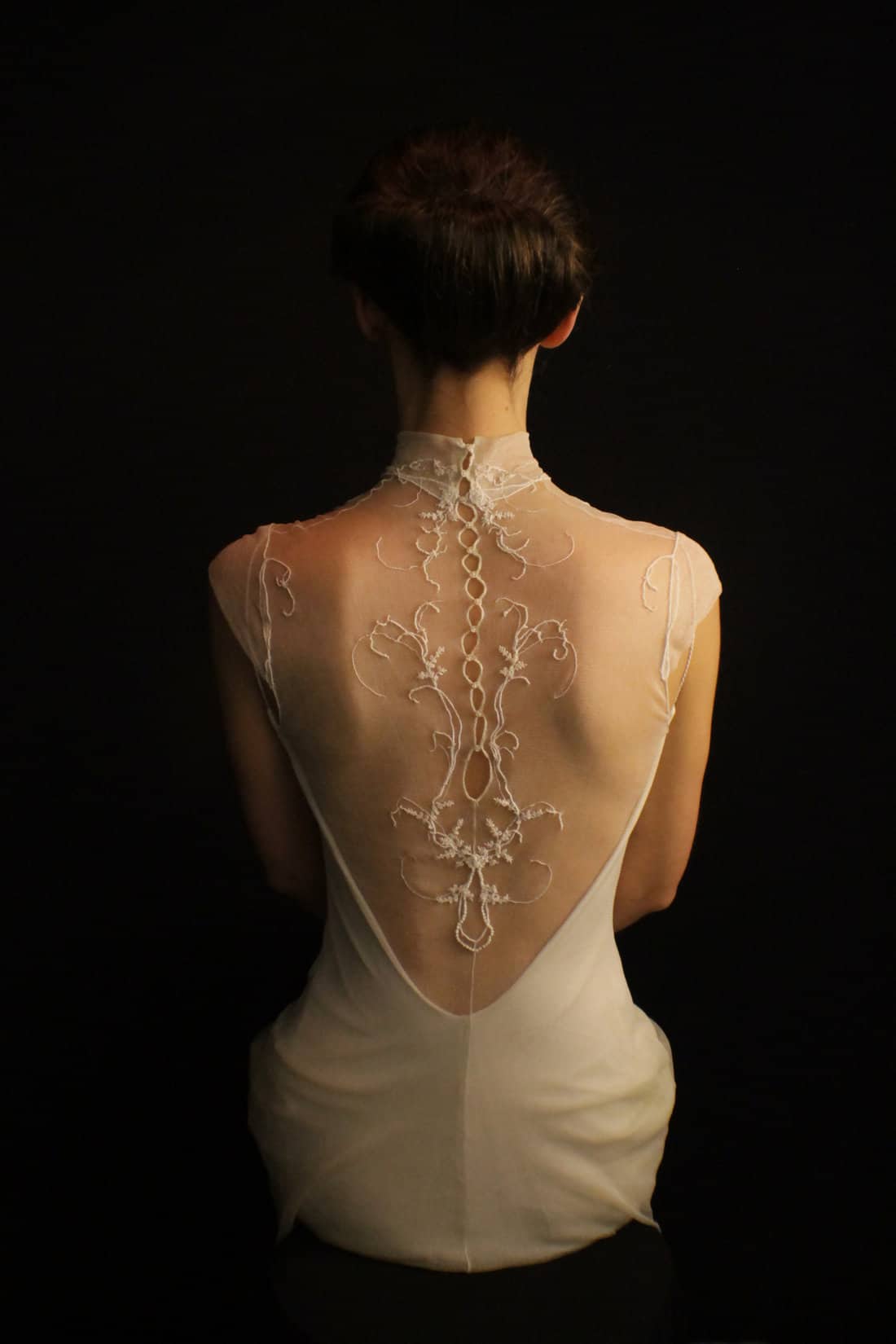 Tucked away on Carrer de la Carassa, the award winning Natalie Capell boutique makes garments that stand out for their use of transparencies and embroidery work done by hand. Pinzat on Carrer de Grunyí creates unique bags combining recycled materials with original art paintings. If you’re in need of some refreshment after, try Matteo’s fresh artisanal ice cream at Gocce di Latte. 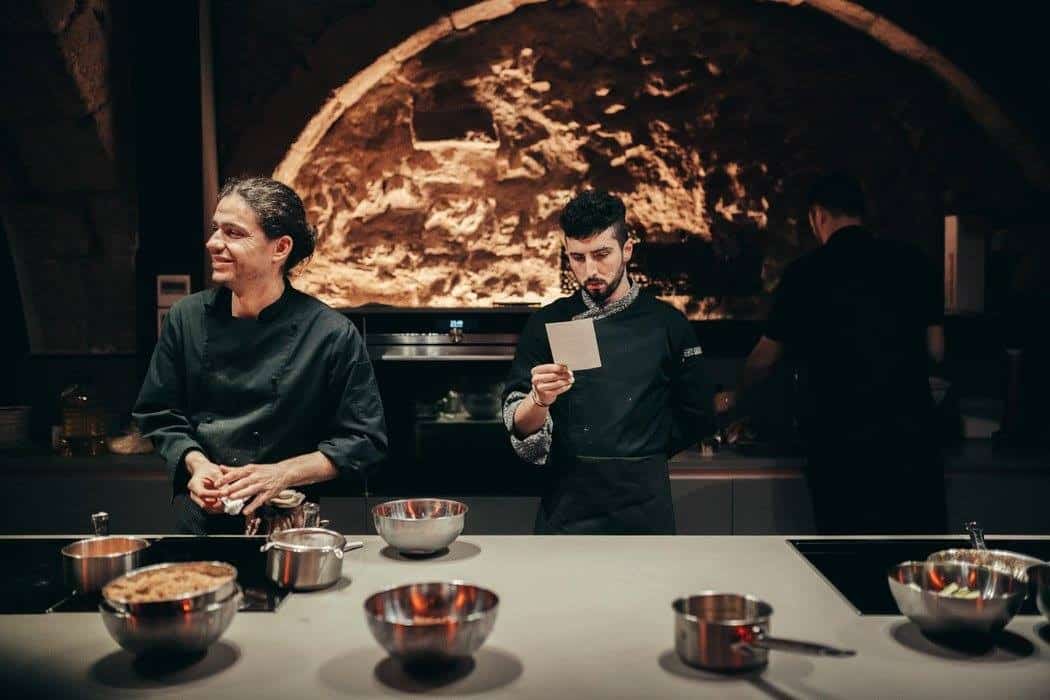 Born to Cook on Carrer dels Mirallers is situated in  a 16th century building that was formerly home to the family of Christopher Columbus. The culinary school offers a cooking class combined with a market tour and lunch. They also offer a variety of workshops ranging from tapas to Japanese cuisine. Mosaiccos offers workshops in making mosaics using Trencadís and other mosaic techniques.  Trencadís is a type of mosaic found in Catalan modernism that uses broken tile shards and was adopted by Antoni Gaudí and Josep Maria Jujol.

El Born is one of the most historic parts of the city and it has the advantages of being both very central and close to the beach. It is now known as one of the most popular neighborhoods for expats and many tourists pass through, especially of course during the summer. The cost of housing is relatively high compared with other neighborhoods. While the setting has a great deal of charm, the majority of apartments in El Born are not as spacious and well proportioned as those in Eixample and they often lack modern amenities such as elevators.