El Raval is a vibrant multi-cultural neighborhood in the heart of Barcelona. The part closest to the old port was also known as Barri Xinès or Barrio Chino (Chinatown). Famous for it’s edgy and bohemian vibe, it has some of the city’s top museums and restaurants. It is surrounded by the neighborhoods of Sant Antoni, the Gothic Quarter and El Poble Sec. 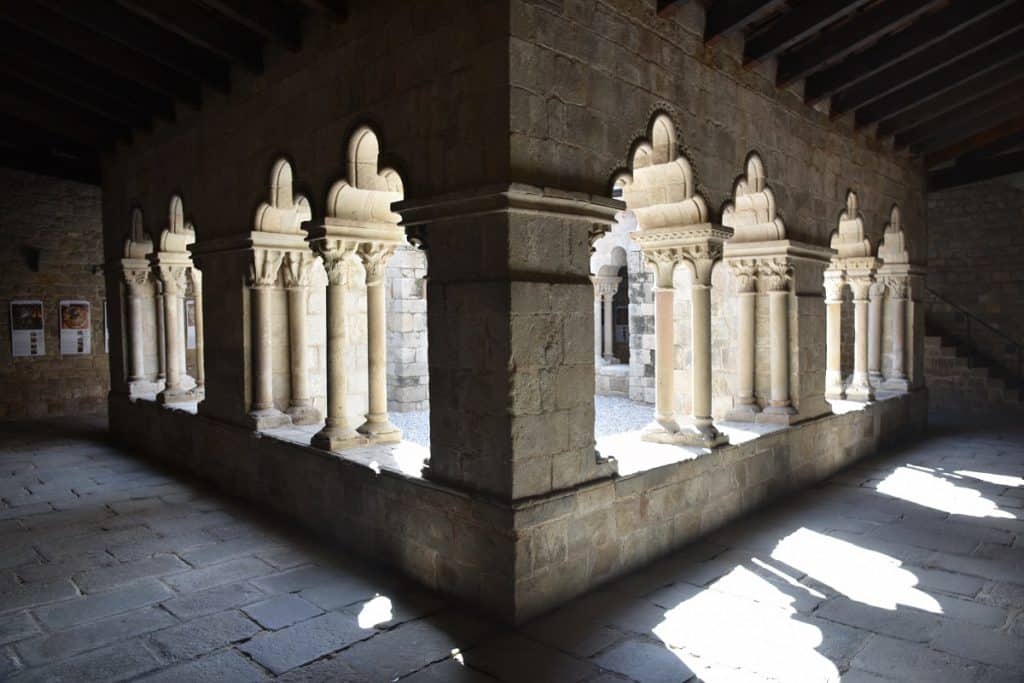 Old Roman roads outside Barcino actually drew the outline of the neighborhood. Prior to the tenth century, the monastery of Sant Pau del Camp was the first important center of what was to become El Raval. The growth of Barcelona engulfed the area inside a third city wall.

During the middle ages El Raval consisted of market gardens that supplied the city with produce. Between 1770 and 1840 the industrialization of the Raval took place. By 1850 tenement blocks housing workers from the countryside for the textile mills were built several storeys high to maximise space.

Botero’s Cat arrived in 2003 at the end of the newly created Rambla del Raval and has since become a symbol of the neighborhood. The chubby bronze cat makes a perfect meeting point before a night out on the town. The Colombian artist and sculptor Fernando Botero also made the rounded horse which has stood in Terminal 2 of Barcelona El Prat Airport since 1992.

The Museu Marítim de Barcelona is housed in the Drassanes, the Royal Dockyards of Barcelona.  Construction began at the end of the 13th century when Pere II ordered the creation of the site to build a fleet to serve Catalan-Aragonese interests in the Mediterranean. In 1568 the Galera Reial (Royal Galley) was built at the site and a replica (pictured above) remains in the Main Slipway.

The Museu d’Art Contemporani de Barcelona (MACBA) opened in 1995. The permanent collection of around 5,000 works dates from the mid-20th century onward. It is situated in Plaça dels Àngels, a popular place for young people to hang out and skateboard.

Palau Güell is an Art Nouveau inspired palace designed by Antoni Gaudí for the industrial tycoon Eusebi Güell. Built between 1886 and 1888, it was the home of the Güell i López family until they moved to Park Güell.

La Virreina Centre de la Imatge is set inside the baroque and rococo Palau de la Virreina, built between 1772 and 1778 for the Viceroy of Peru. The museum displays works by some of Catalunya’s leading contemporary artists including Oriol Bohigas and Antoni Abad. Admission is free. 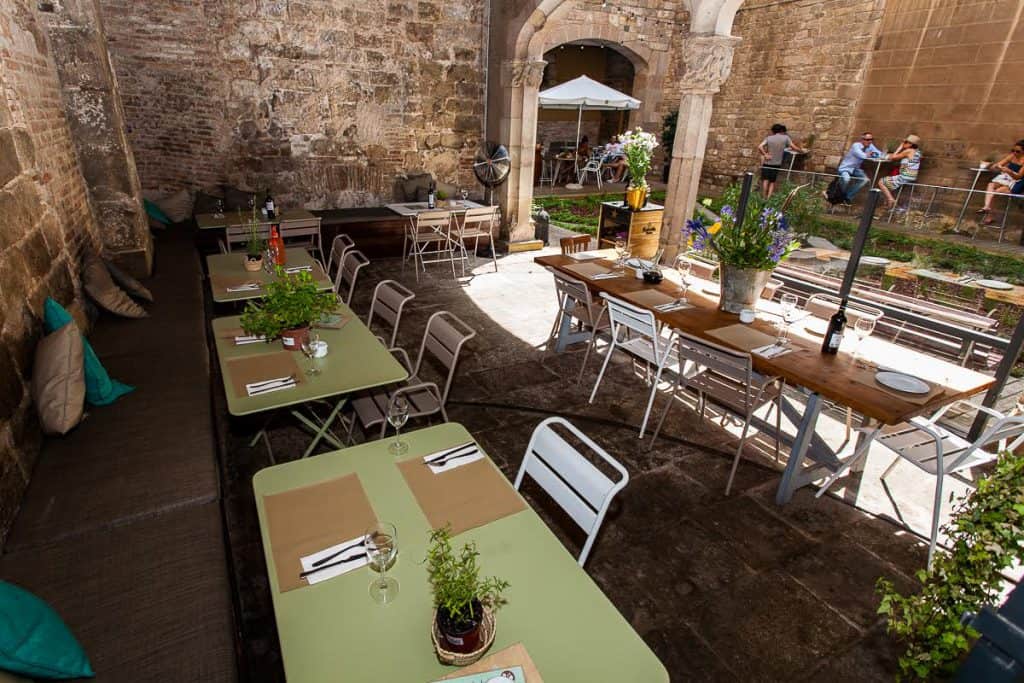 El Jardi is a tapas bar tucked away in the tranquil gothic gardens of the old Hospital Santa Creu.

The family run Bar Cañete is one of the best tapas restaurants in Barcelona, famous for their fresh seafood sourced from Catalan markets.

One of the best vegetarian restaurants in the city, Teresa Carles has a fabulous lunch menu.

A local favorite, La Monroe is the restaurant and bar of the Filmoteca de Catalunya, which shows classic movies, usually in the original language. It is situated on the colourful Plaça Salvador Segui and has terrace seating. 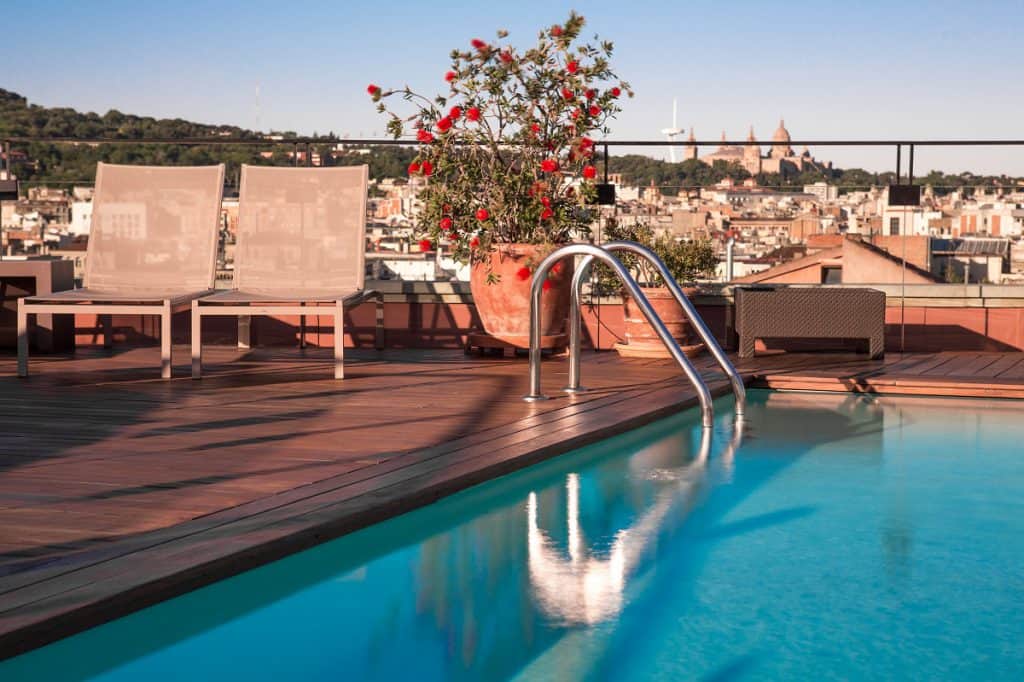 The building occupied by Hotel 1898 was formerly the headquarters of the Philippines Tobacco Company, the first major Spanish multinational company. Right on Las Ramblas and a short walk from Plaça de Catalunya you could not ask for a more convenient location.

Andante Hotel is centrally situated in the lower part of the El Raval neighborhood, a short distance from Port Vell and Las Ramblas. 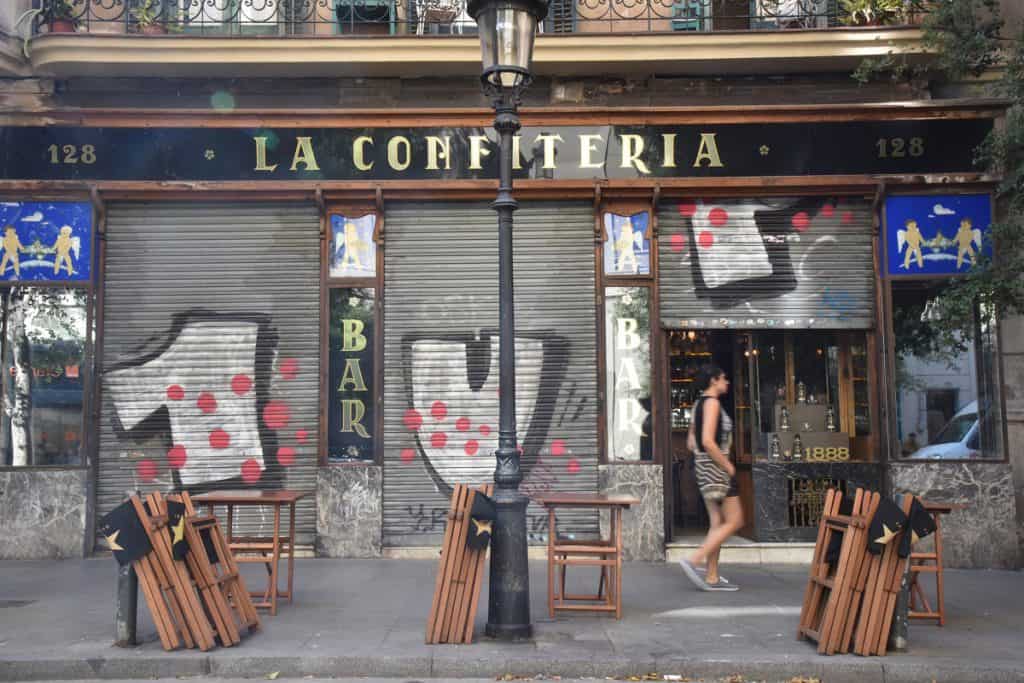 In 1912 La Confiteria was a confectionary store, in the heart of the theatre district of Barcelona. Today the beautifully preserved interior houses a cocktail bar and restaurant. (See also: 7 Most Historic Bars in Barcelona)

Bar Marsella is the oldest bar in the city, dating back to 1820 and said to have been a haunt of the likes of Picasso and Hemingway.

Launched in 1996, Moog is a small club that specializes in underground techno and electronic music. Many top international DJ’s have played the club. 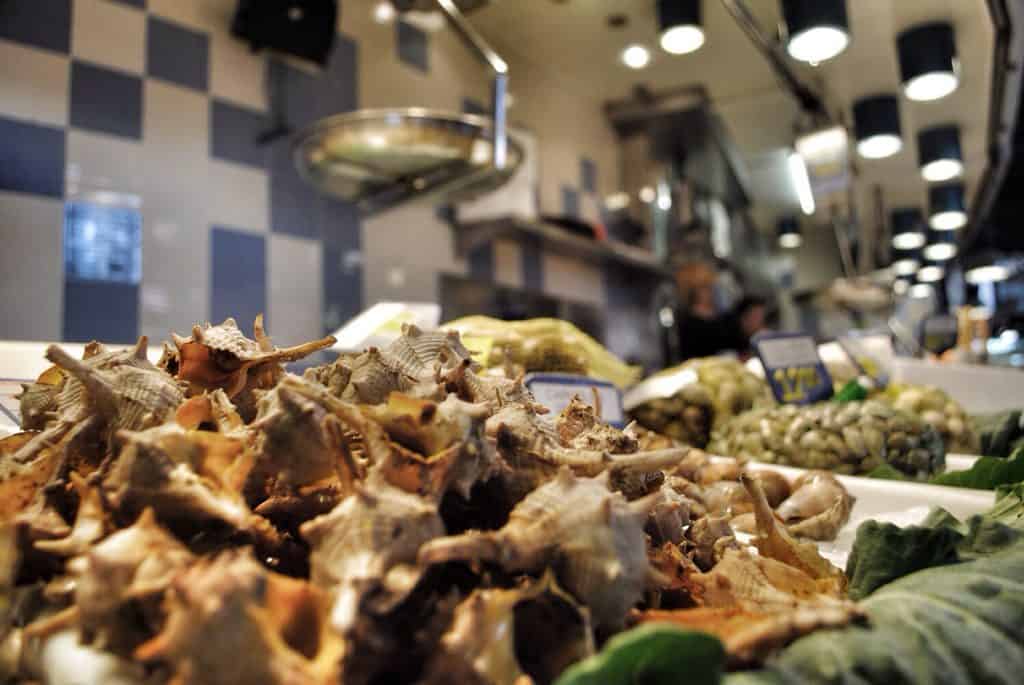 La Boqueria is a world famous food market, located just of La Rambla with origins dating back as far as 1217. Best to visit early and avoid the rush. Once you’ve worked up an appetite, there are several wonderful places to eat set among the market stalls, such as El Quim de La Boqueria and Pinotxo Bar.

Raval is famous for its boutiques selling vintage clothing and accessories. Holala! Plaza (Carrer de Valldonzella, 2) is Barcelona’s largest vintage store and has even attracted the likes of Kate Moss and Elton John to visit.

Despite the widespread gentrification and investment in central Barcelona, El Raval is often viewed as a somewhat dangerous neighborhood. Streets such as Carrer d’En Roig have earned notoriety for narcopisos (flats illegally occupied by drug dealers). Robberies and pickpocketing do happen frequently (as in many parts of the city) so it is best to remain careful at all times and use common sense when going out at night.