Many important figures in the history of Barcelona are known to have been Freemasons. These include Ildefons Cerdà, who designed the 19th-century extension of Barcelona called the Eixample and Lluís Companys who was President of Catalonia during the Civil War. During the years of Franco, Freemasons were persecuted and the dictator ordered that masonic symbols on buildings be destroyed. However, masonic remnants are still hidden all over the city.

The Arús Public Library is situated at Passeig de St Joan, 26. The street is named after Saint John, the patron saint of the Freemasons. Prior to being a library it was the home of Rossend Arús, an influential playwright and journalist during the 19th century. He held Masonic meetings at his home and was a powerful figure in Barcelona during that period. Arús‘ home became an official Masonic Temple and in 1891 after he passed away it became a Freemason library. The library was closed between 1940 and 1967, but it managed to survive Franco’s dictatorship and is now open to the public. 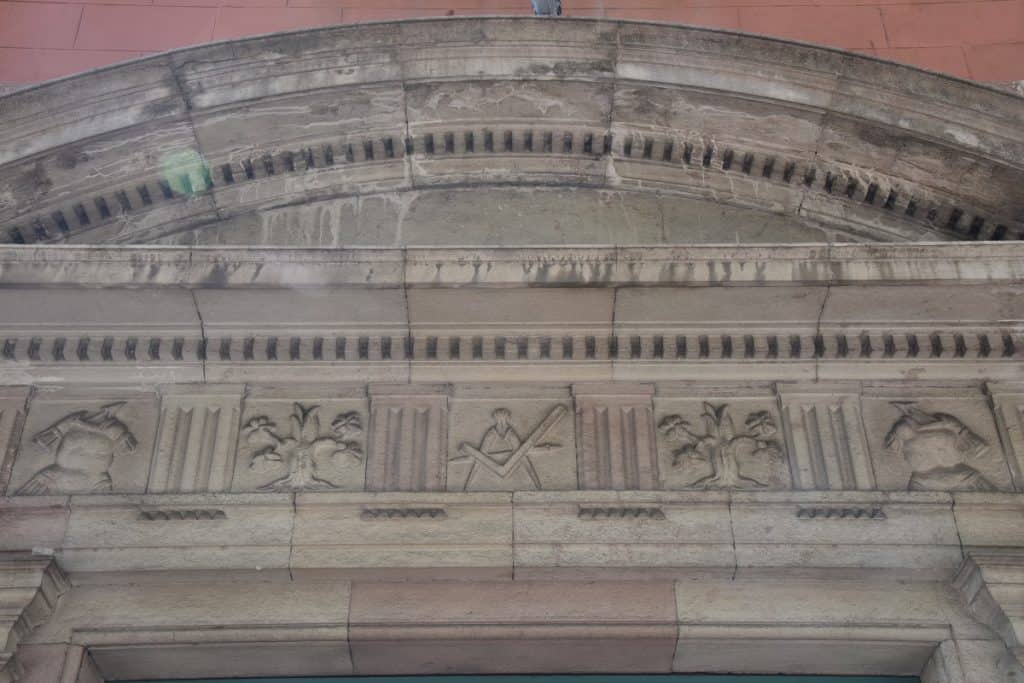 The Museu de Xocolata in El Born is situated within an 18th-century building that was formerly a military barracks. There are three doorways on Carrer del Comerç and two of them are decorated with a set square and compass, the most famous Masonic symbol. The symbol is not present on the third door and it is likely that it was removed by Franco’s men. 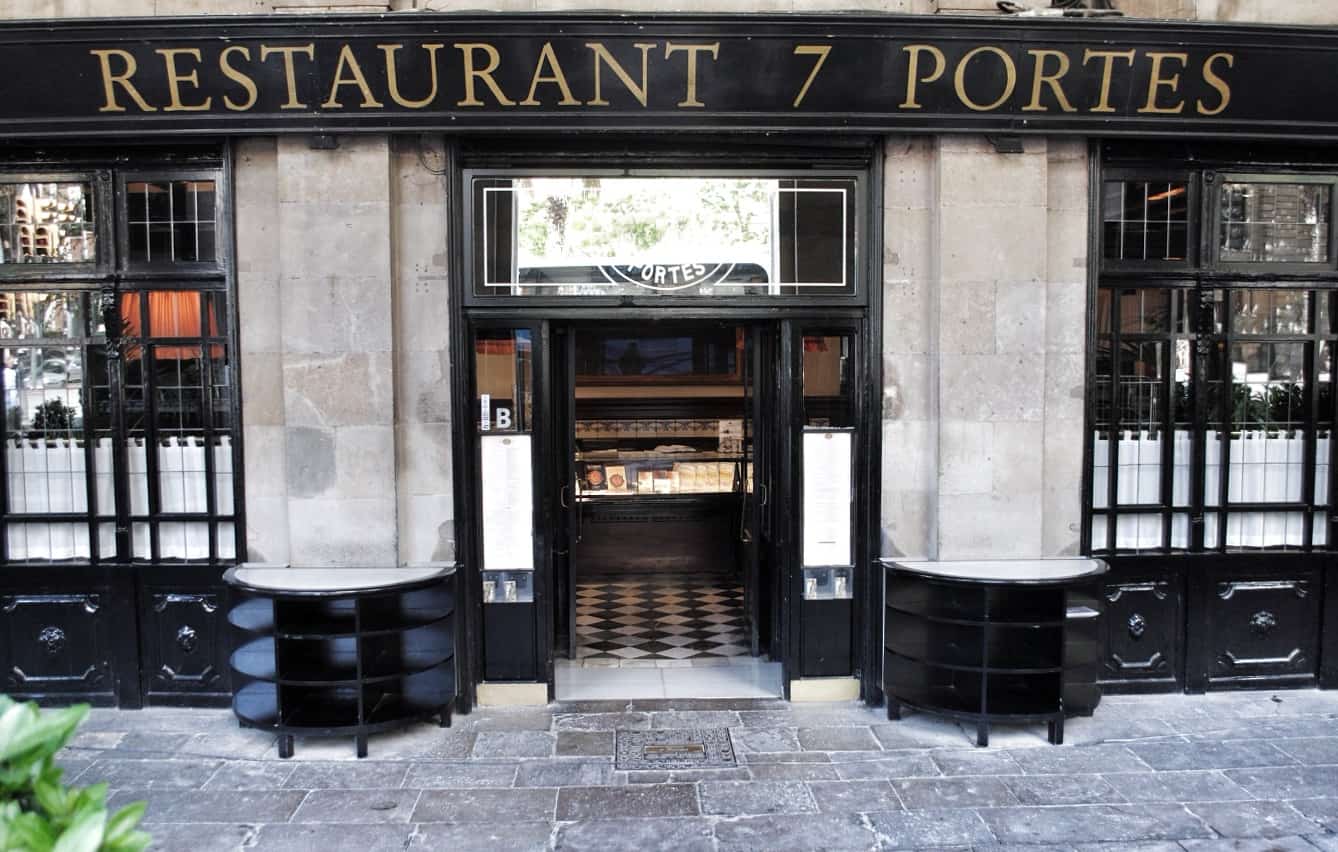 This building was constructed in the neoclassical style between 1836 and 1840 for Josep Xifré i Casas. Xifré was an Indiano – a Catalan who had made a fortune in the Americas. The restaurant 7 Portes on the ground floor has several Masonic signs within it. The first owner, Josep Cuyàs, was said to be a Mason. The restaurant has a black and white checkerboard floor, resembling those found in Masonic lodges. Acacia leaves, another symbol of the Masons, decorate the walls. 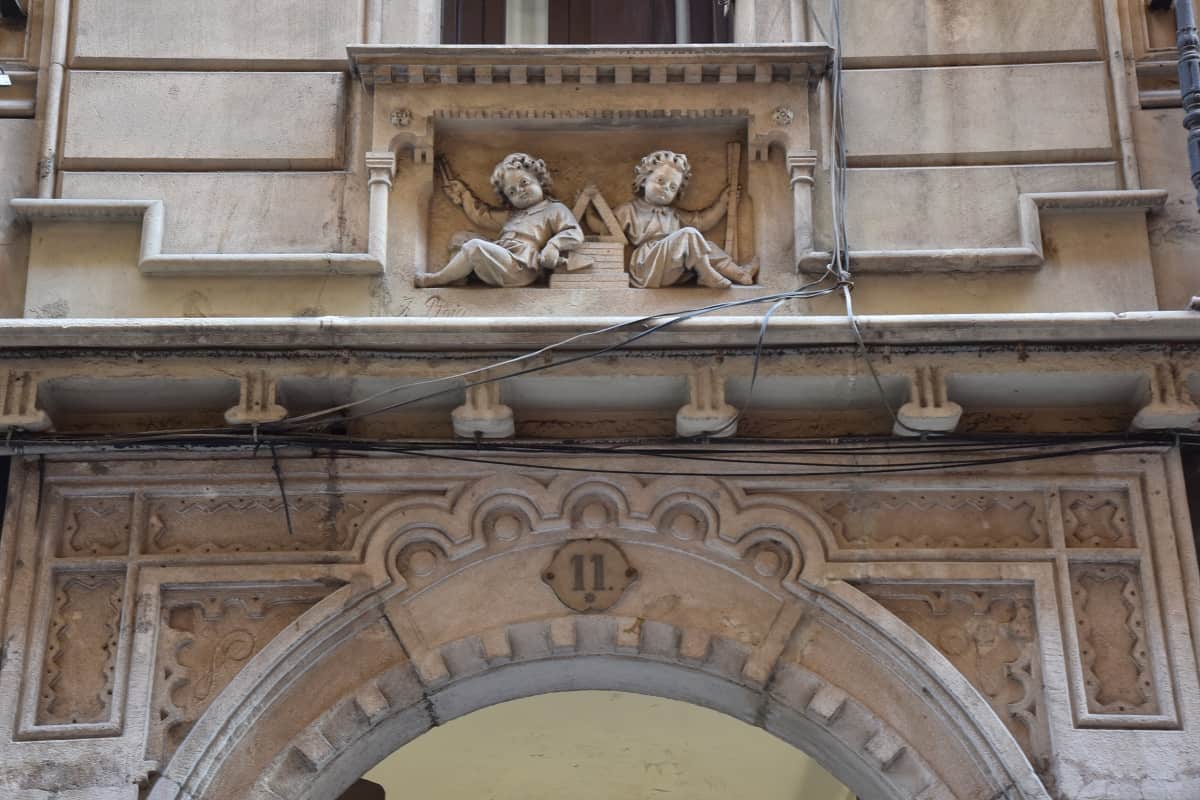 Above the entrance of Carrer de la Portaferrissa, 11 in the Gothic Quarter is a small scultpure of two children holding the tools of medieval masons.

The design at the center of Plaça Catalunya resembles the original symbol of the Rotary Club, an association created by Paul Harris in 1905 in Chicago. Harris was an attorney who was expelled from Freemasonry. 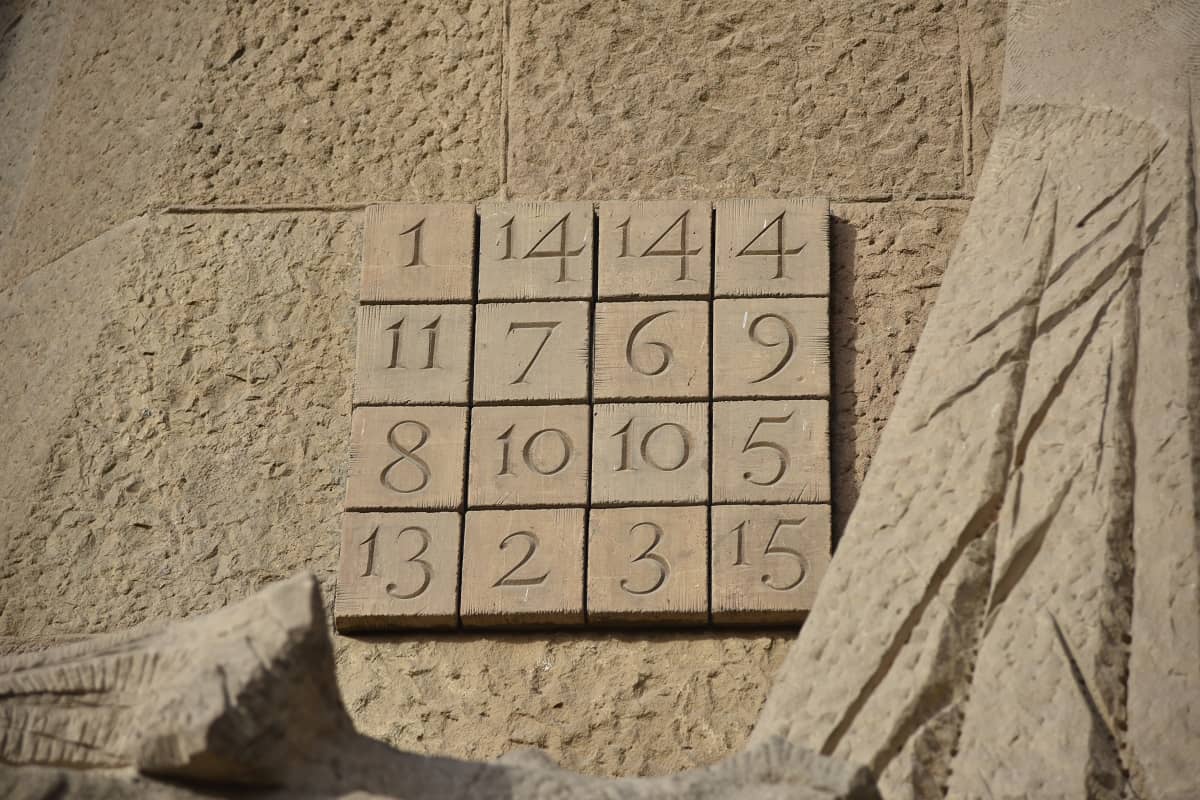 On Passion façade of La Sagrada Família there is a magic square;  a series of numbers on a square grid, placed so that any row, column or diagonal line always adds up to the same number. This sum is known as the magic constant of the square. In this case the sum is 33, the age Jesus is traditionally believed to have been executed and also an important number within Freemasonry. 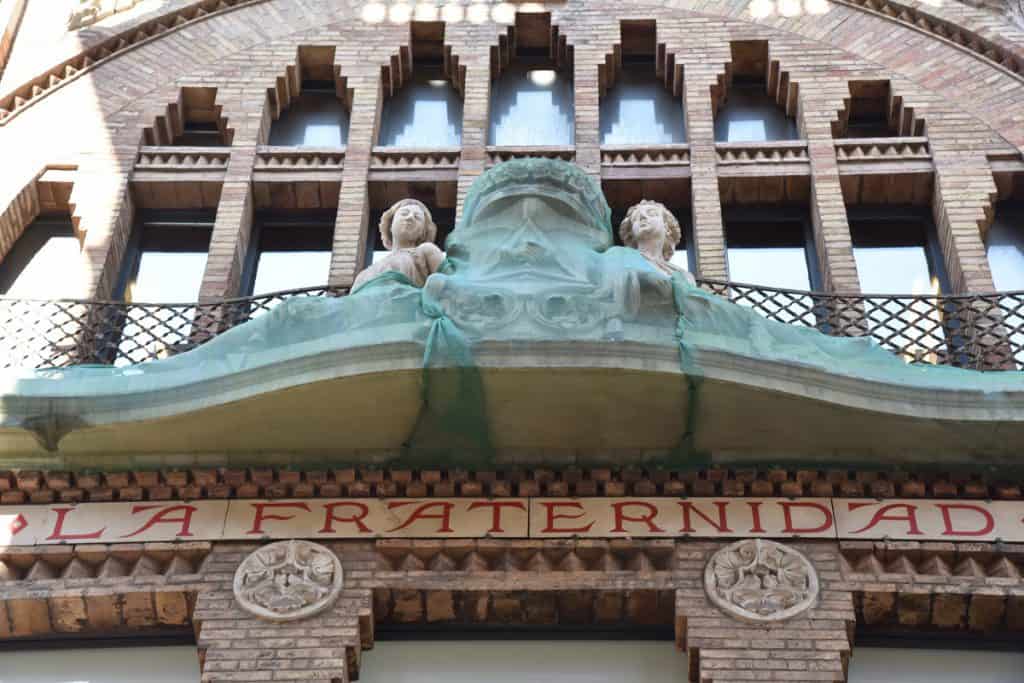 At number 8 Carrer de Santa Clara in the Barceloneta neighborhood, there is a building that formerly housed the headquarters of a workers cooperative. On the facade there is a Masonic sculpture of two hands joined in greeting and framed by a triangle. Prior to the Spanish Civil War (1936-1939) there were close links between Masonic lodges and workers cooperatives. The building is now occupied by a public library. 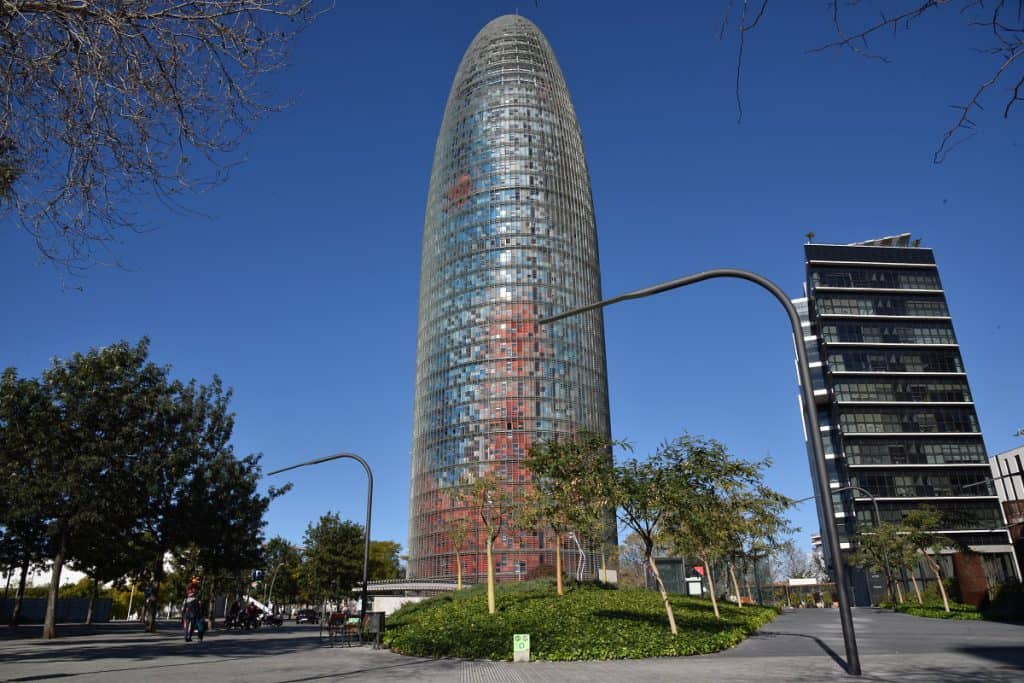 Torre Agbar (an acronym for Aguas de Barcelona) has 33 floors above the surface of 145 meters in height. 33 is a master number adopted by Freemasonry. The glass coating changes color through a computer controlled lighting system, where its primary colors are red and blue, typical Freemason colors.

The Castle of the Three Dragons is modernist building built by Lluís Domènech i Montaner between 1887-1888 as a Café-Restaurant for the 1888 Universal Exposition of Barcelona. Situated in Parc de la Ciutadella, the building held zoology collections of the Museum of Natural Sciences of Catalonia until 2010. On the exterior of the building, the upper perimeter is decorated with ceramic pieces depicting animal species. Among them them is a five-legged starfish, with what appears to be a G at its centre. A five-legged starfish with a G in the middle is an important masonic symbol. The G represents Genesis, Geometry and God.