My 5 favourite patios in the Gothic Quarter

Today we explore some of the sweetest spots of the Old City Core of Barcelona, the so called Gothic Quarter or Ciutat Vella (‘the old city’). If the intention is to get lost, let it happen! But there’s certainly some hidden spots that could be missed…

If we start exploring the Gothic Quarter, at first sight it seems complicated to solve some initial orientation issues, until we realize that perhaps the best way is to let history orient us. The historical starting point is a perfect way to begin our walk. 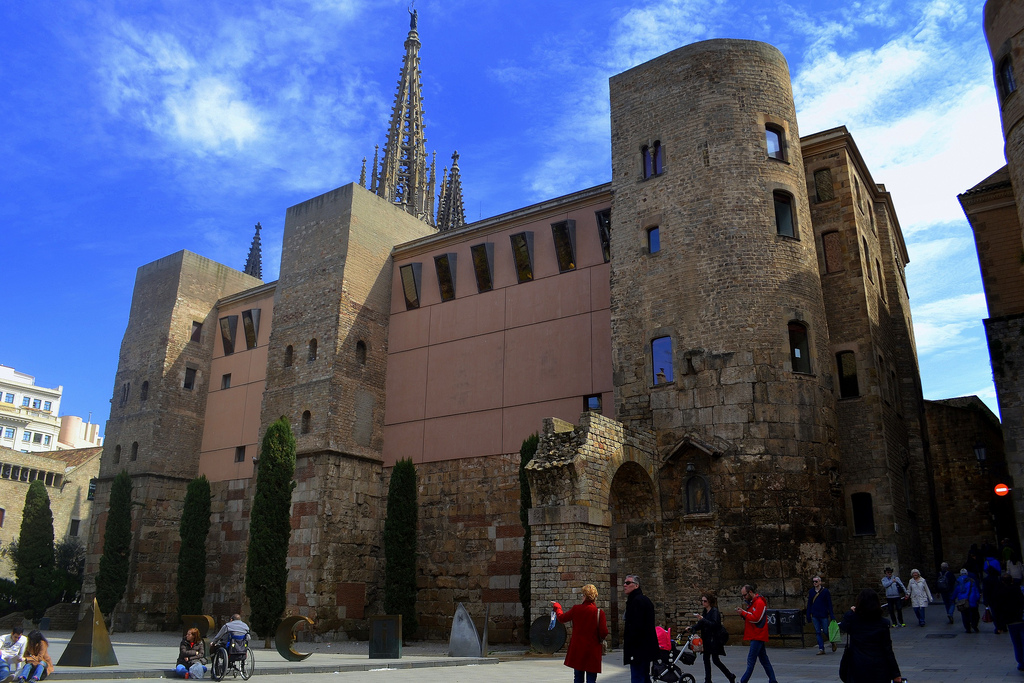 Doors to the Gothic Quarter – Roman Walls and the Cathedral

Next to the Cathedral, some reminiscences of the ancient doors of Barcelona welcome you to the Gothic Quarter. The squares of the Cathedral and St Jaume areamong the biggest squares of the area and the space-time starting points in our quest to meet Barcelona. They both are ideal meeting points and very close to each other. From here you can find some of the quiet spots where you breath the air of history.

1. The cloister of the Catedral 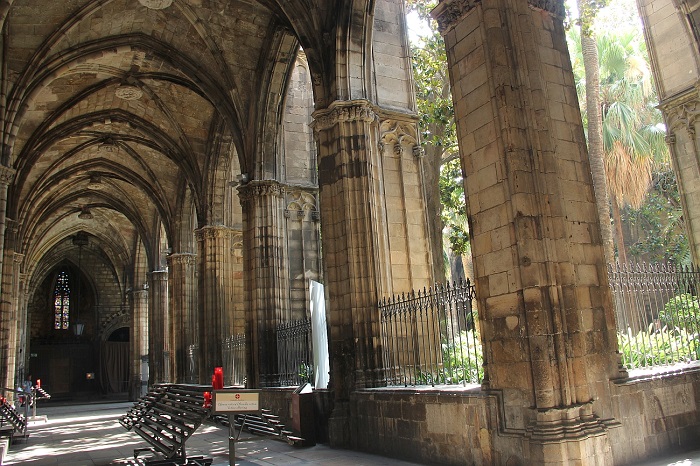 The cloister of the Cathedral is one of the most emblematic of the city. Whereas you can see that the Cathedral is connected to other buildings and palaces, once occupied by priests and nobles, today by both political organisms and museums related to Barcelona’s History. 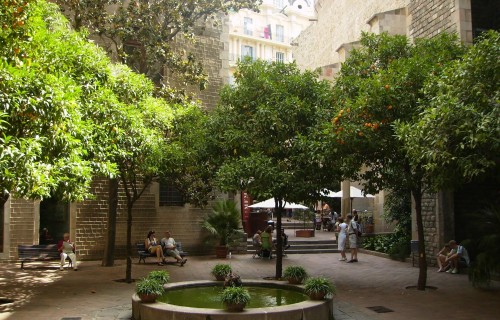 The surroundings of La Catedral are rich in precious corners. Some of them include the museum Frederic Marés, with an unexpectedly beautiful patio, part of the medieval architecture and very well preserved. Besides, the Frederic Marés museum includes an extensive collection of ancient sculptures.

Please Note: Very close to the Frederic Marés Museum, there is the Archive, called La Casa de l’Ardiaca, has a tasty patio with plenty of details and framed by an astonishing upper gallery.

Right on the other side of the Cathedral a tiny square breaths peace, Plaça St Felip Neri is known for some holes on the walls caused by some shrapnel of a bomb that hit the square in the Civil War.

Keeping our way from the Cathedral to St Jaume, it might be interesting to visit ruins of the Temple of Augustus, due to their location in the mount Taber, considered the birthplace of the city. 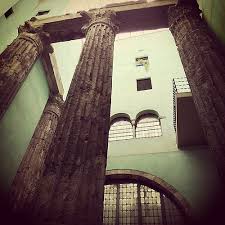 The Temple of Augustus

An emblematic institution involving culture, arts, writing and thinking. The Ateneu counts on more than 150 years of history, a massive library and a magnificent garden, where lots of activities are taking place during the summer. This year the garden of the Ateneu Barcelonès is also taking part of the dancing egg tradition.

Jardí de L’Ateneu – The Garden of the Ateneu

Please Note: Just like the Ateneu, many places have their own opening times and scheduled activities.

Not far from the Ateneu, Santa Anna is a beloved church with a gorgeous little square. Because it was all part of a large convent ensemble, Santa Anna still keeps its lovely cloister. Placed in the street of the same name, Santa Anna is located between the big central Square of Catalunya, the Cathedral and las Ramblas. 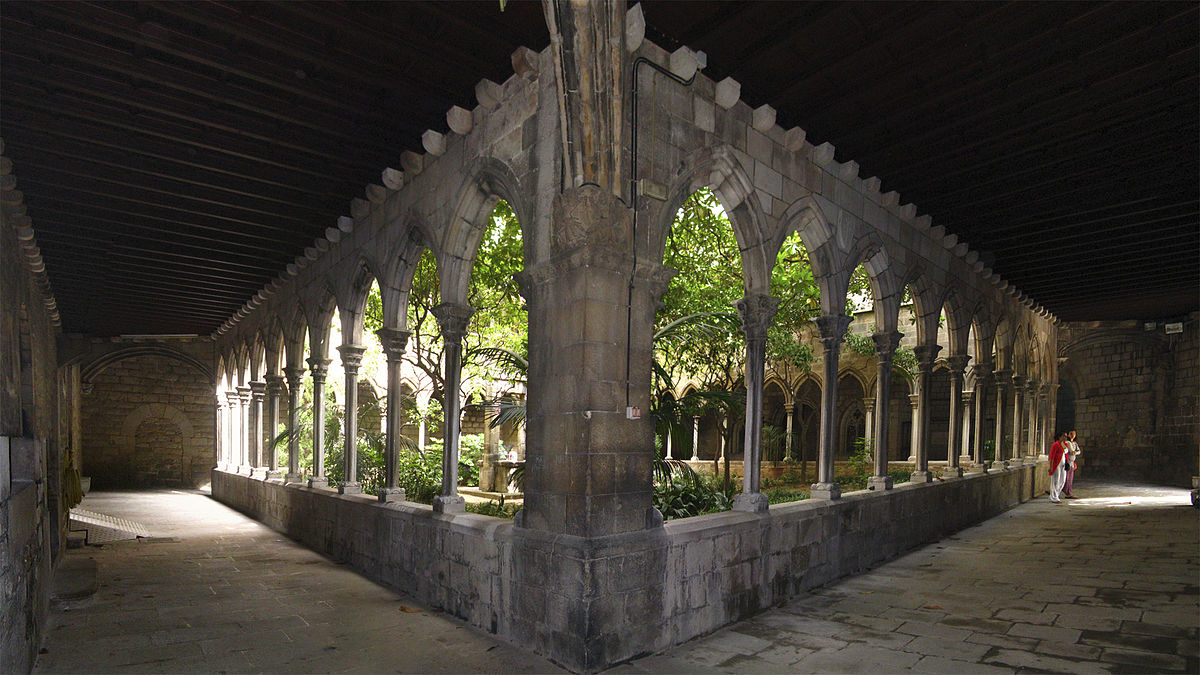 Most of these corners are, in sum, what makes most of our visitors fall in love with our city, just as I did when we walked around this places when I was young. I sort of remember sometimes seing eggs dancing on the top of the fountains built upon these legendary cloisters, patios and squares. This tradition is taking place this June like every year. Want to know the origins and the mystery of this curiosity? Check out our explanation about the Dancing Egg! 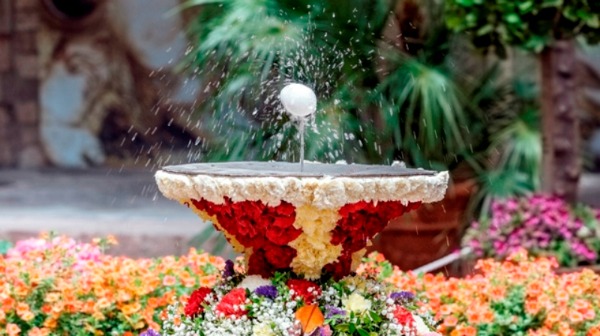 The Dancing Egg, coming up on June