Barcelona has relatively few major parks, with Parc de la Ciutadella, Park Güell and the sprawling Parc de Collserola coming first to mind. However, the city is also home to a collection of charming gardens, sometimes hidden away in places you would not expect. 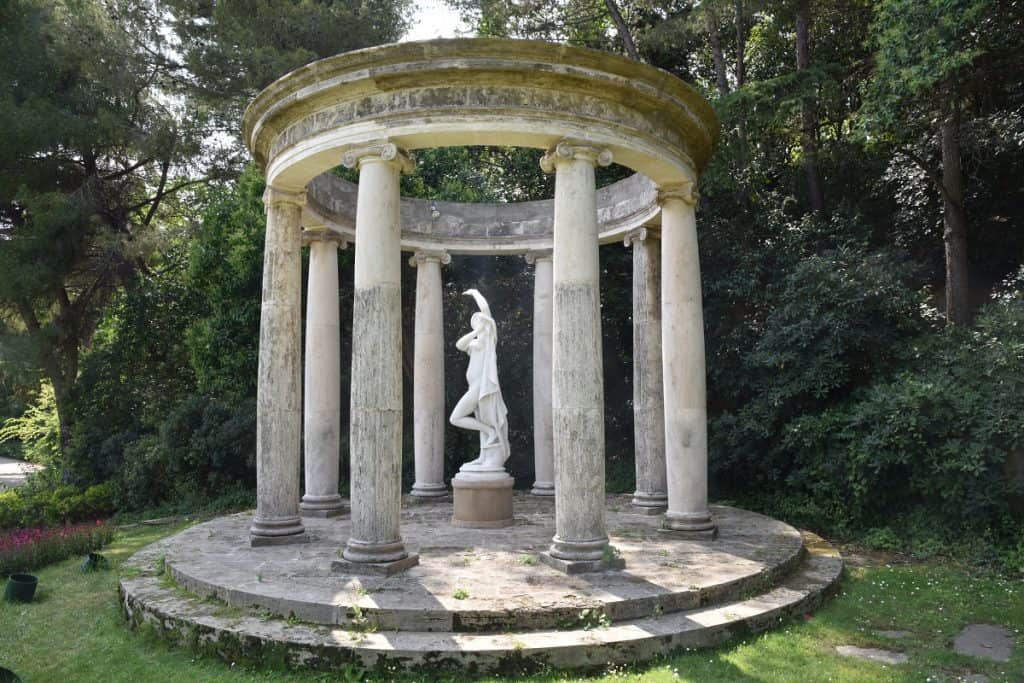 These beautiful gardens on Montjuïc originate from the 1929 International Exposition. They were built around the Royal Pavilion for Alfonso XIII, now called the Albéniz Palace. The gardens were extended in 1970 and named after the Catalan poet Joan Maragall. Opening hours are on Saturdays, Sundays and public holidays from 10AM to 3PM. 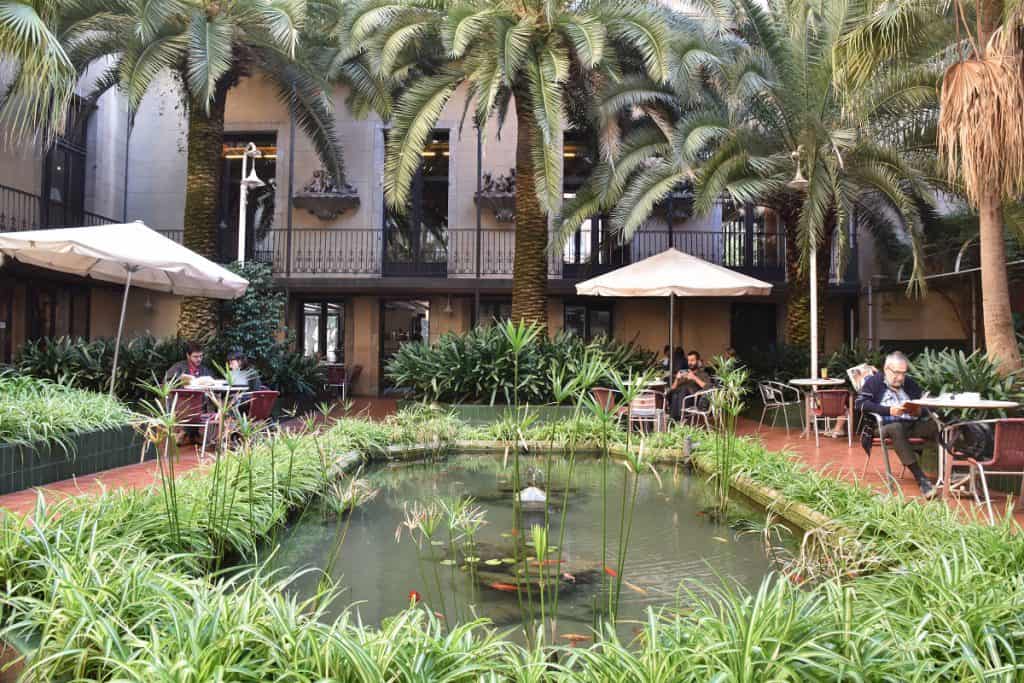 The Ateneu Barcelonès is a cultural association founded in Barcelona in 1860 located in the Savassona Palace. Activities include lectures, debates, concerts, workshops and film screenings. The Ateneu also houses the most important Private Civil Library in Catalonia, with one of the most valuable collections in Spain. The garden is an oasis of calm, hidden amid the hustle and bustle of the Gothic Quarter. 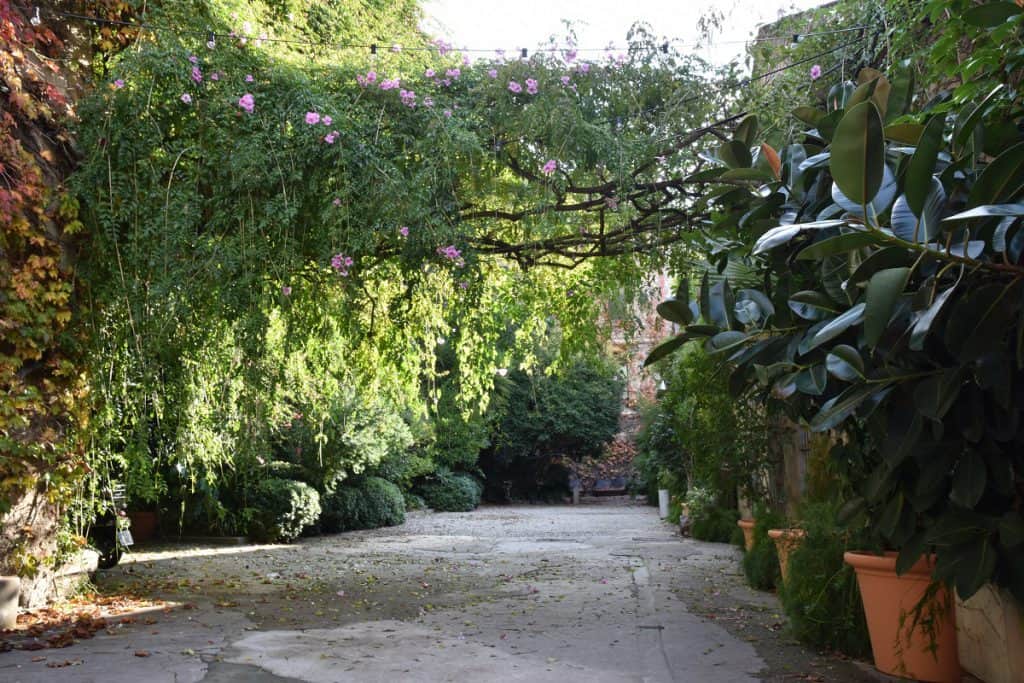 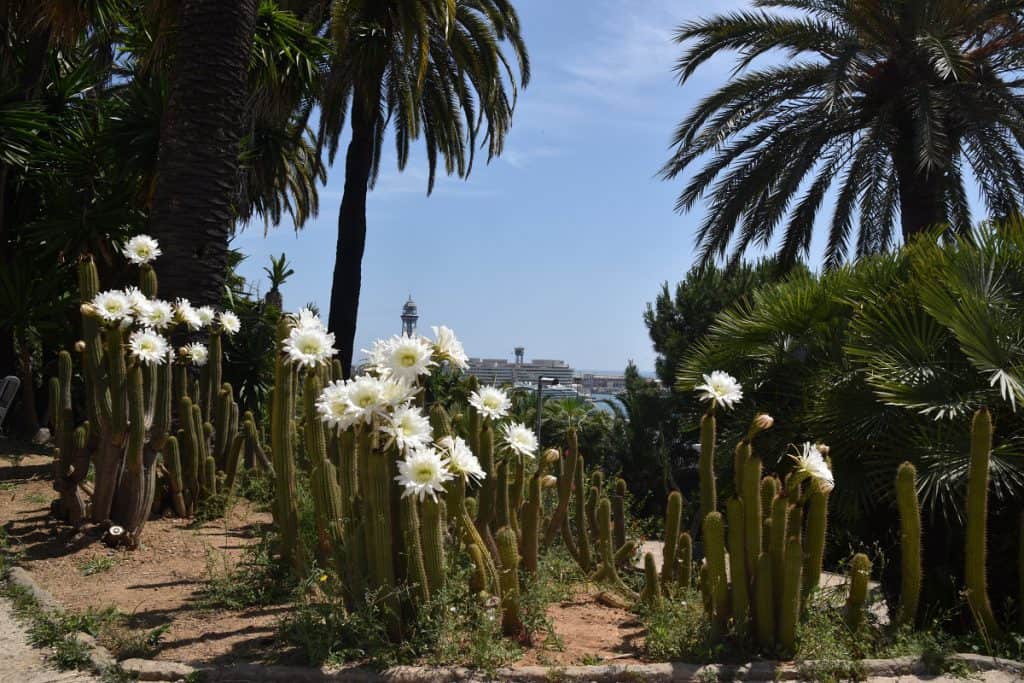 The Jardines de Mossèn Costa i Llobera opened in 1970. It is one of the most important gardens of cactus and succulent plants in Europe. Situated on Montjuic, the gardens overlook the port of Barcelona and Mediterranean Sea. 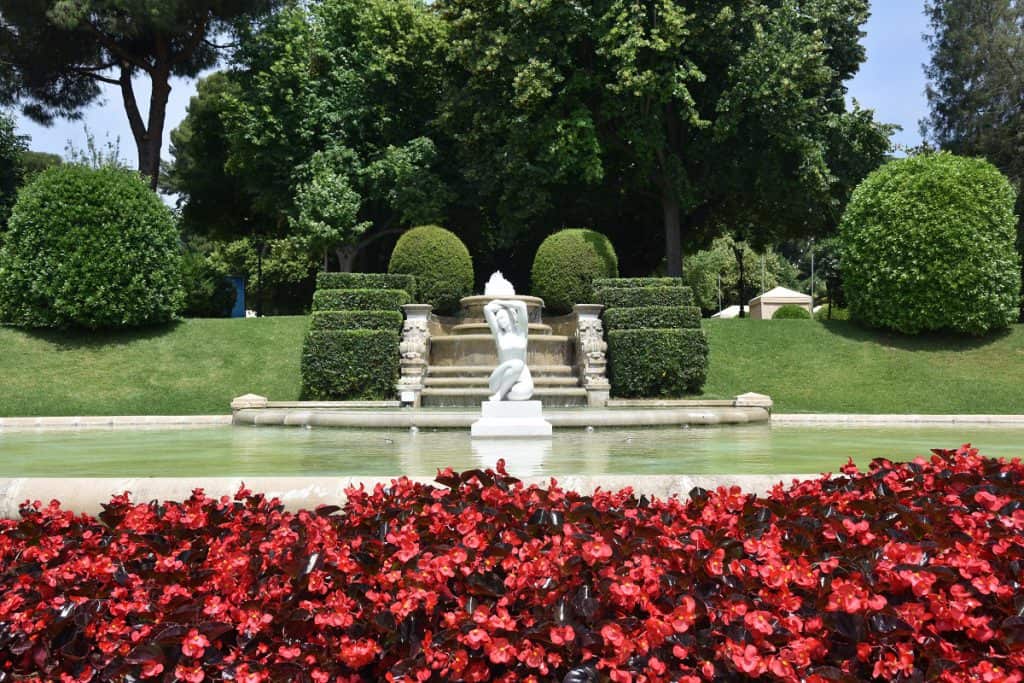 In the affluent Pedralbes neighborhood, behind a long wall adorned with bougainvilleas lies a majestic garden. It is set on the former local residence of Spain’s royal family and was opened to the public in 1931. The gardens contain a fountain designed by Antoni Gaudí, Himalayan cedars and several beautiful sculptures.

Josep Altimira was an eccentric Freemason stock market investor with businesses in Cuba, who returned to Barcelona in 1860. The mysterious gardens of his estate in Sarrià-Sant Gervasi are now a small park open to the public.

Olokuti is a shop offering craft, artistic and cultural products based on fair trade, bio, and eco values. Their Gràcia based shop (Carrer d’Astúries, 38) has a magnificent garden at the rear.

The farmhouse of Martí-Codolar dates back to the 15th century, The site combines a traditional Catalan farmhouse, a monastery and a stately mansion. The gardens are among the oldest in Barcelona, tracing their origins to the early 19th century. 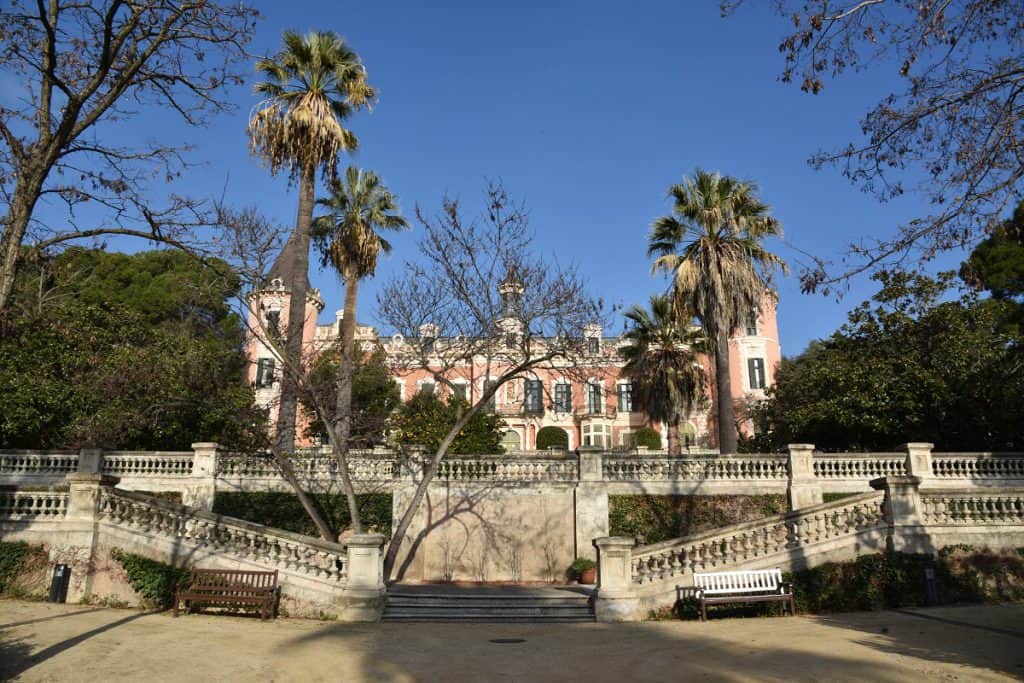 The 19th century Palau de les Heures sits just beneath the park of Colserolla. It has a beautiful garden leading up to the steps of its entrance. It is is currently part of the Mundet Campus of the University of Barcelona, in the Horta-Guinardó neighborhood, a short distance from the more famous Parc del Laberint d’Horta. 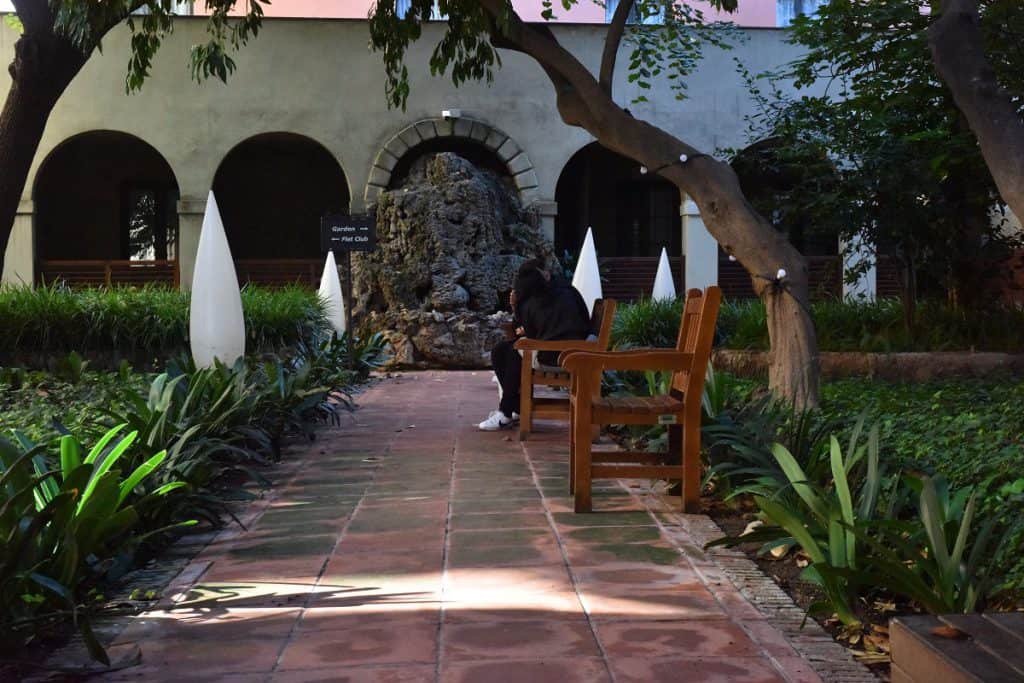 This concealed garden in the Gothic Quarter lies behind the reception of a hotel and curiously it can also be accessed by elevator from a side street. It  dates back to 1861 when it was created for a nineteenth century palace. Its façade is one of the first works by the architect Josep Puig i Cadafalch. 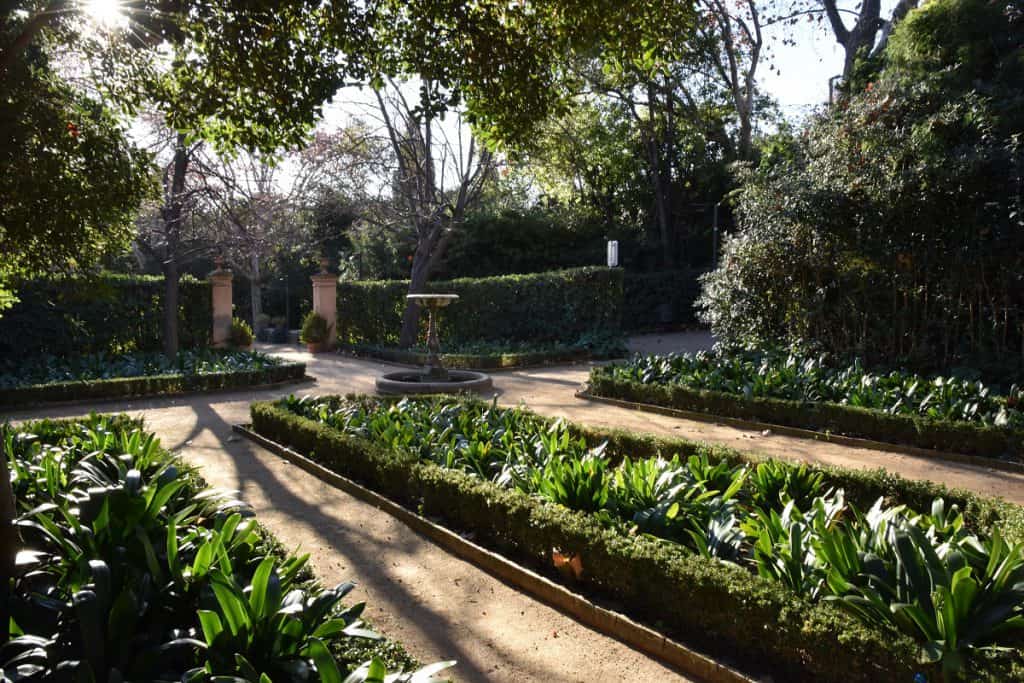 The Jardins de la Tamarita transport you back to the grand world of bourgeois properties in in Sant Gervasi at the turn of the 20th century. Once a private garden and part of an estate which belonged to the Craywinckel family, it was acquired in 1911 by Alfredo Mata, a cotton magnate. Nicolau Maria Rubió i Tudurí was commissioned to do the landscaping, and it was here that he began to introduce his concept of the Mediterranean garden. Tuduri would later complete the spectacular Santa Clotilde Gardens on the outskirts of Lloret de Mar.

Palau Robert and its gardens were formerly the residence of Robert Robert i Surís (1851-1929), an influential aristocrat and financier in Barcelona. The Generalitat acquired the building in 1981, which now houses the Department of Culture. The garden boasts a 100 year old Canary Island palm, cypresses, magnolias and Seville orange trees.

The Botanical garden of Barcelona is located at the top of Montjuïc, tucked away behind the stadiums used in the 1992 Summer Olympics. The garden features plants and trees from places with Mediterranean climates including Australia, Chile, California, South Africa, the Canary Islands, and the western and eastern Mediterranean. 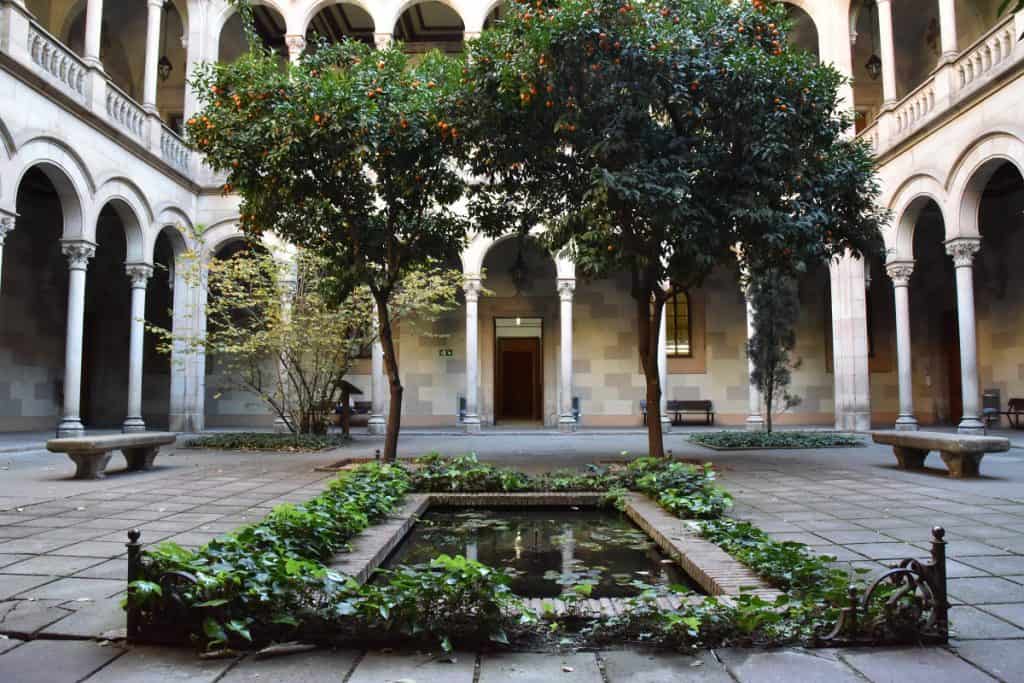 The gardens of the University of Barcelona (Gran Via de les Corts Catalanes, 585) have 250 plant species distributed over a space of roughly 10,000 square meters. Some of the plants are almost 200 years old, transported from other botanical gardens when the university was being built.

Mercè Rodoreda is often cited as the most important Catalan novelist of the postwar period. La plaça del diamant (1962) is the most popular Catalan novel to date and has been translated into over 30 languages. Her books contain many references to plants and the city has honored her with two gardens bearing her name. The first is in her own neighborhood of Sant Gervasi. The second garden is well hidden, lying within the Institut d’Estudis Catalans in El Raval. The hanging gardens contain samples of the flowers and plants that appear in her books.