Spend December like a local: Santa Llúcia, the ‘Immaculate bridge’, and the figures of Christmas 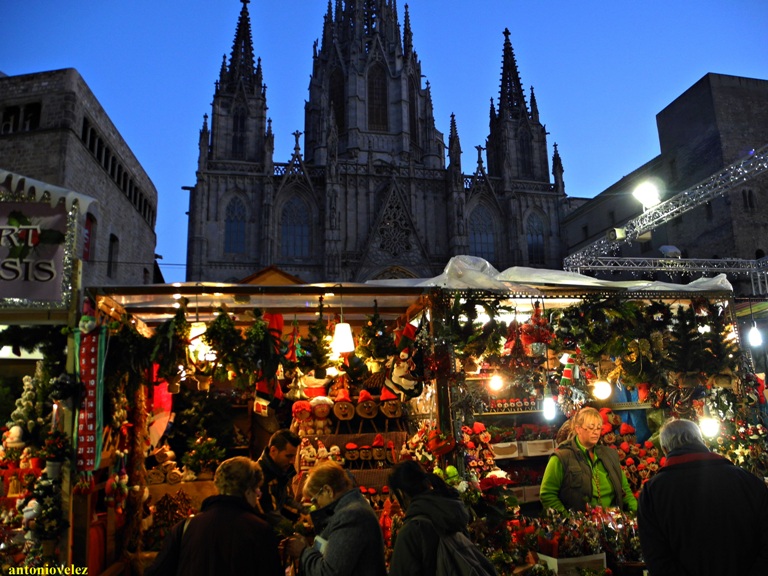 Christmas market in front of the Cathedral

Smells like Christmas when December begins. It is a month where there is a lot of activity –but also with some stops-, in Barcelona, not only related to what is going on around December 25th. There are also very interesting traditions that are really worth (and even useful!) to know.

A bank holiday before Christmas!  The ‘Immaculate bridge’

Lots of locals have in mind the first week of December to take a break. There is a long bank holiday that you ought to be aware in case you are thinking to visit a place or spend a day shopping. Check the schedules to find out if that visit is possible!

A day that you have to keep in mind is December 6th. It is holiday on this day because it commemorates the celebration of the 1978 referendum in which spaniards approved, by a large majority, the current Constitution. But two days later, there is also a day-off of work. Although Spain is a secular country, some traditions are kept like the celebration of the Immaculate Conception, on December 8th.

The ‘Immaculate’ is the official saint patroness of Spain, although the Virgin of the Pilar (October 12th) is popularly considered as such. The date on which this feast is celebrated was not chosen at random: the Immaculate Conception is celebrated nine months before the anniversary of the birth of the Virgin Mary, commemorating the date in which it was conceived, according to a mandate of Pope Pius IX, on 1854. Though this is not much considered in Catalonia, people usually don’t work that day.

Seeing that Christmas is very close to these days, the Catalan Government authorizes as an exceptional occasion, shops in the center and malls to be opened.

But what happens on December 7th? This day is not holiday, but many people take advantage of it by taking a break between these two festive days. It’s what is popularly known as ‘Pont’, which means ‘bridge‘. That’s why the first week of December, between the 6th and 8th but also including other dates if the weekend is near, is called ‘El Pont de la Immaculada’, literal translation to ‘Immaculate Bridge’.

December 13th, Santa Llúcia. Tribute of the ‘Virgin of the Light’

If you find long queues on December 13th in front of one of the side entrances of the Cathedral, this is because there are devotees of Santa Llúcia, a martyr invoked for the protection of the sight, that approach the Romanesque chapel to venerate her relics. Though Santa Lucia (Saint Lucy which is related to ‘light’) is not as celebrated like in the Scandinavian countries, people pay tribute to her as the patroness of the seamstress and blind people. 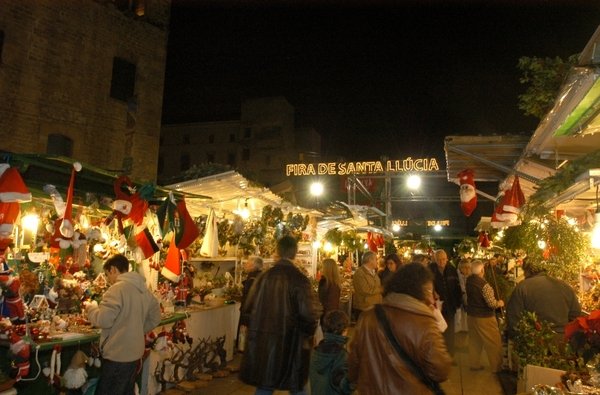 On the same day, one of the most endearing events for the locals begins. Mostly known as ‘Fira de Santa Llúcia’, it is a fair just in front of the Cathedral. It is obvious that all sorts of Christmas trees, Santa Claus figures and red, gold, green and silver decorations can be found. But also some curious elements that are very linked to the Catalan tradition.

One of them is the ‘Tió de Nadal‘, a log which metaphorically ‘poops’ sweets and presents for the children, usually on Christmas Eve (the 24th of December at night). Beforehand, the kid has to hit the trunk with a stick and sing a traditional song. With a smiley painted face, small legs made of sticks and wearing the typical red Catalan cap (known as ‘Barretina’) you can find all sorts of tiós in the market. Ranging from big to very tiny ones that you can put inside your pocket. 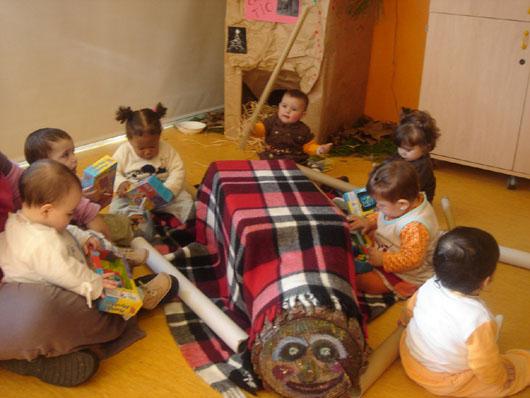 After reading about a ‘trunk that poops’, If you have reached the conclusion that Catalan people are somewhat scatological, your suspicions are confirmed when we talk about another Christmas figure that can be found, for at least, the last two centuries in the traditional nativity scene in Catalonia.

Usually hidden in a corner, searching for some privacy and a little far away from Mary, Joseph and baby Jesus, there is a character called ‘El Caganer’. There’s no delicate way to describe it with words, so the most polite translation is ‘the defecator’, or ‘the shitman’. Despite his innocent looks as a shepperd with the barretina cap, its buttocks are bare with each one containing a small, brown deposit beneath. 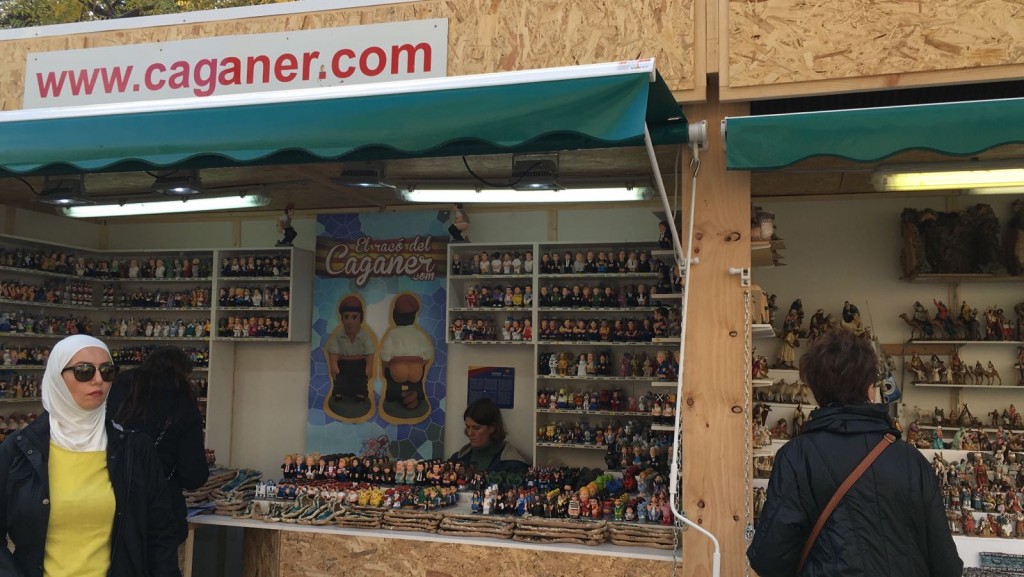 There are collectors of this figures which in the last years have evolved into a representation of some famous people. From president Obama to Queen Elizabeth, from Leo Messi to Pope Francis. Everyone can be represented as this small figure made of clay in an undignified (but human, after all) position. In fact, if you have been depicted as a ‘caganer’, that means that you have become a famous person. And yes, this year you can find a Donald Trump ‘caganer’, a Hillary Clinton or new United Kingdom’s Prime Minister, Theresa May.