If you ever planned to visit Barcelona in 2017, this is the year of Puig i Cadafalch, one of Barcelona’s favourite architects. It’s a year where many institutions around the world, from Harvard to la Sorbone, commemorate a hundred and fifty years since the birth of this prolific architect, historian and politician.

We first talked about the figure of Puig i Cadafalch in a previous post. Today we talk about some of his buildings.

We know it’s always a delicate subject when it comes to tag and make classifications of any sort. There is still a debate about why or why not classifying an artist’s career into different periods. But if the career of, say, Beethoven has huge differences, why not classifying in order to gain more clarity on the subject?

The important point here, however, is not to understand Puig i Cadafalch’s different periods as separate, but rather as a succession of changes. These changes in his architectural principles explain the sensibility of Puig, which made his stylistic personality known as “stone poetry”.

1. The Rose period was considered the period we call modernista, and it is the period where he developed, let’s say it, the common features with Gaudí and Domènech. 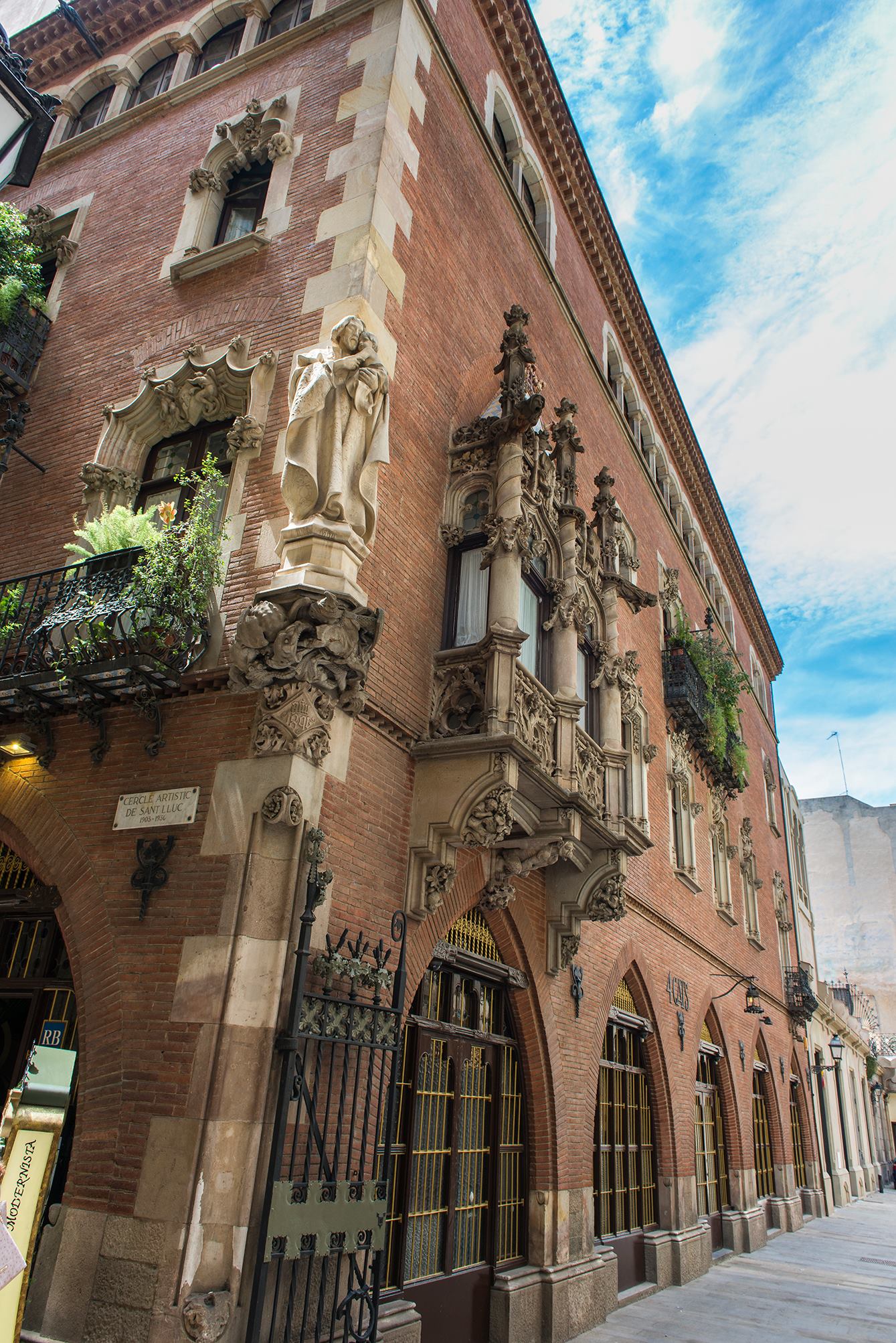 I wanted to highlight the Casa Martí, which became an exceptional place for all modernistas, bohemios y artistas, because of the Cafè, Els Quatre Gats (‘the four cats’) which was frequented by figures like Pablo Picasso. Els Quatre Gats is still working today with a menu full of nuances that can be delighted while surrounded by the very same decoration.

An other building to take into account is the Casa Terrades or Casa de les Punxes, a huge castle built under the commission of three wealthy sisters. And is now open to the public. 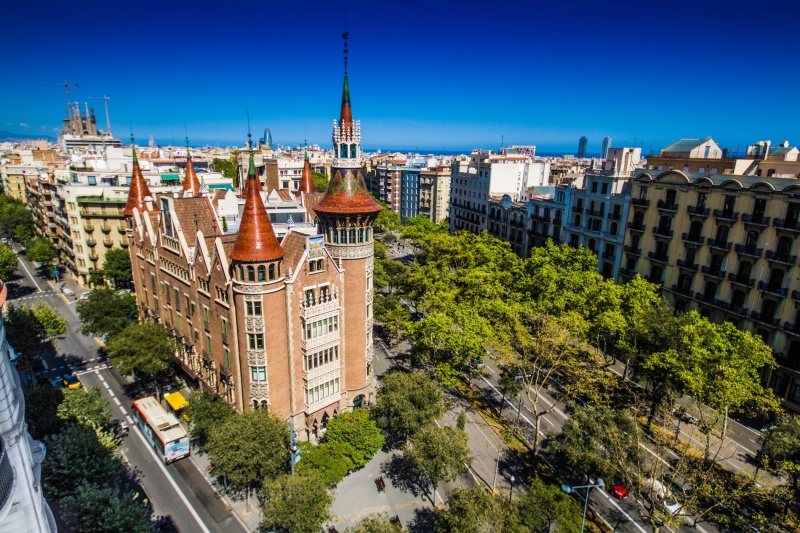 2. The second period is from 1904 to 1914, and is called the white period. In this case, Puig faded his criteria to a more rational and functional style. La Casa Trinxet, La Casa Muntades and La Casa Company are some examples. 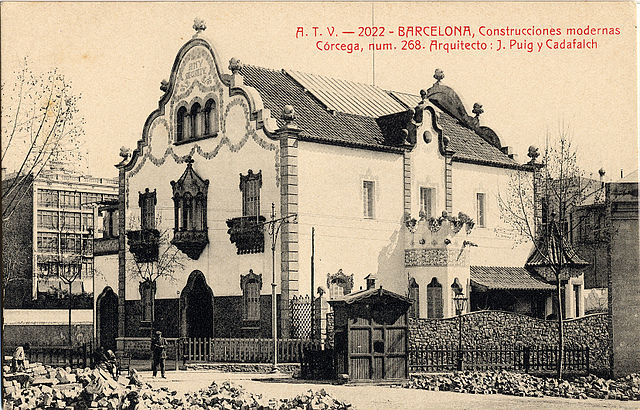 3. The third and last period, the yellow period, is linked to the development of the Universal Exhibition that took place in Barcelona in 1929, one of the biggest technological events (link) from the city, the clear example is the monumentalism, the yellowish façades, the imitation of roman architecture and the typical Andalusian and Valencian elements. Don’t hesitate to visit the National Palace, today the house of Catalonia’s National Museum of Art (MNAC). 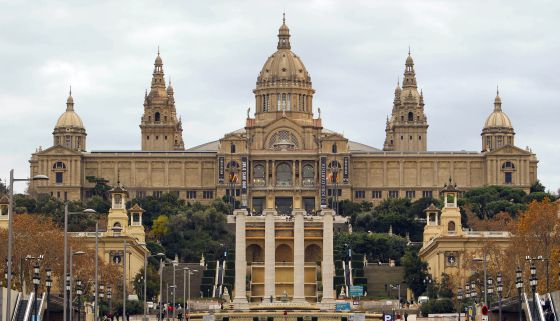 This palace built for the 1929 Exhibition houses the MNAC Museum

In the shadow of Gaudí: Puig and his big Masterpieces 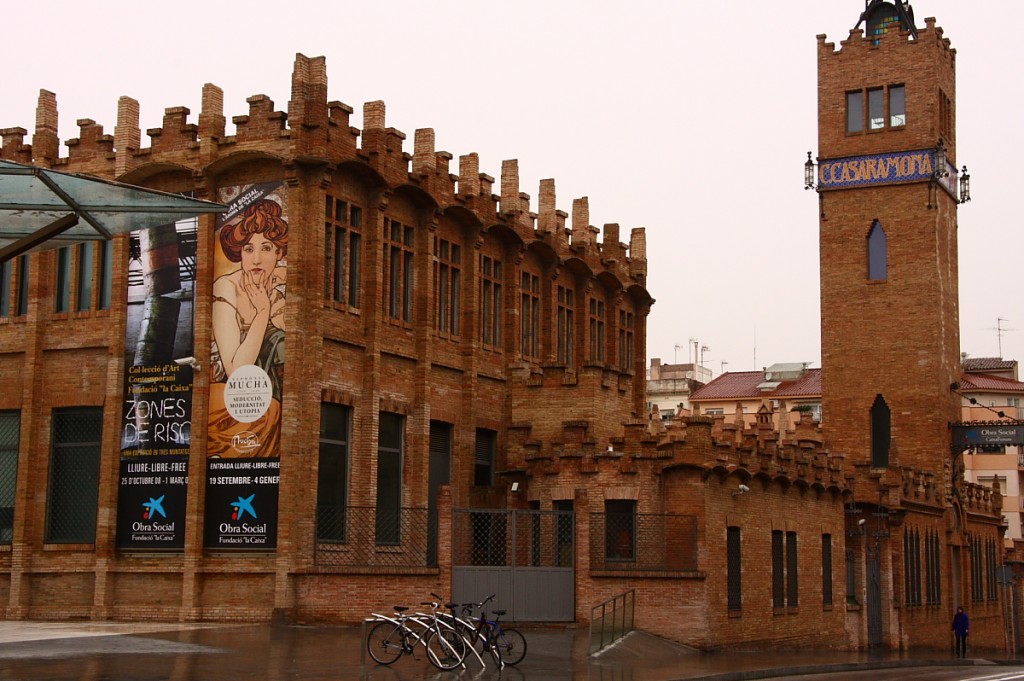 Josep Puig i Cadafalch achieved two great building projects, they are not religious, nor civil or public, but industrial: The Casaramona Factory and the Codorniu Wine Cellars. The first one works today as a cultural center and the second one is our visitor’s favorite site, is it because of the wine? Codorniu! 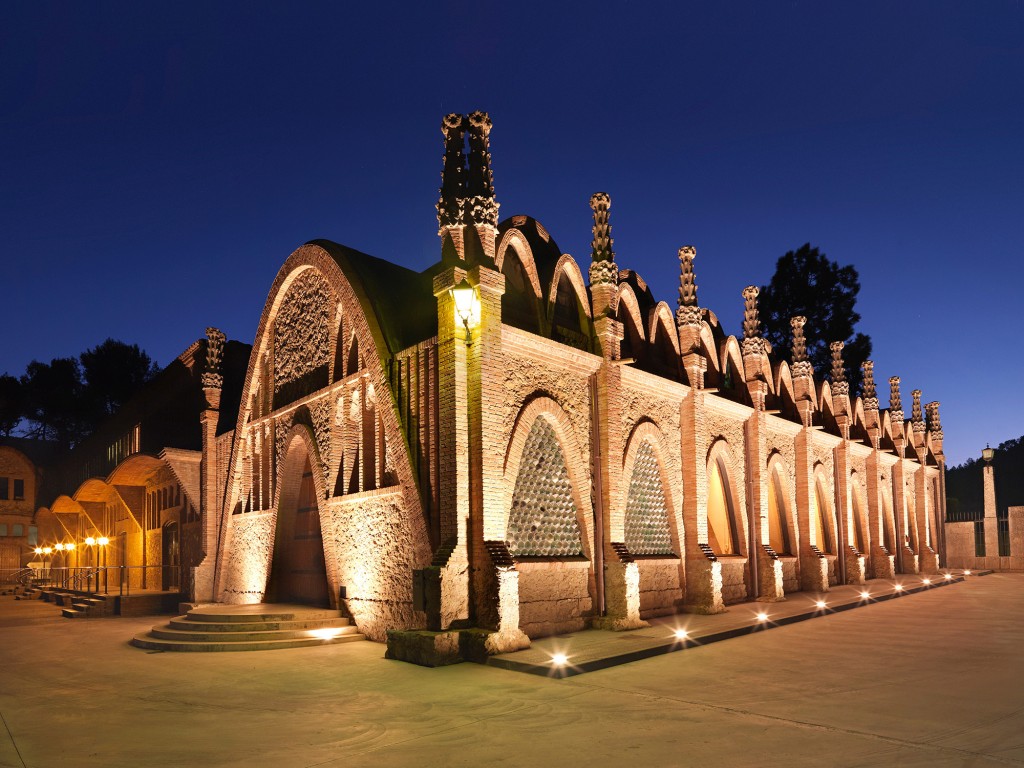 The Codornou Wine Cellars are still active and have a very entertaining visit programmed, they lie outside Barcelona but there’s the possibility to book a tour with a coach leaving from the city center of Barcelona. There is the possibility to take the tour that combines the visit to wine cellars with a tour to Montserrat, in which you find a monastery whose church was restored by Puig i Cadafalch himself. 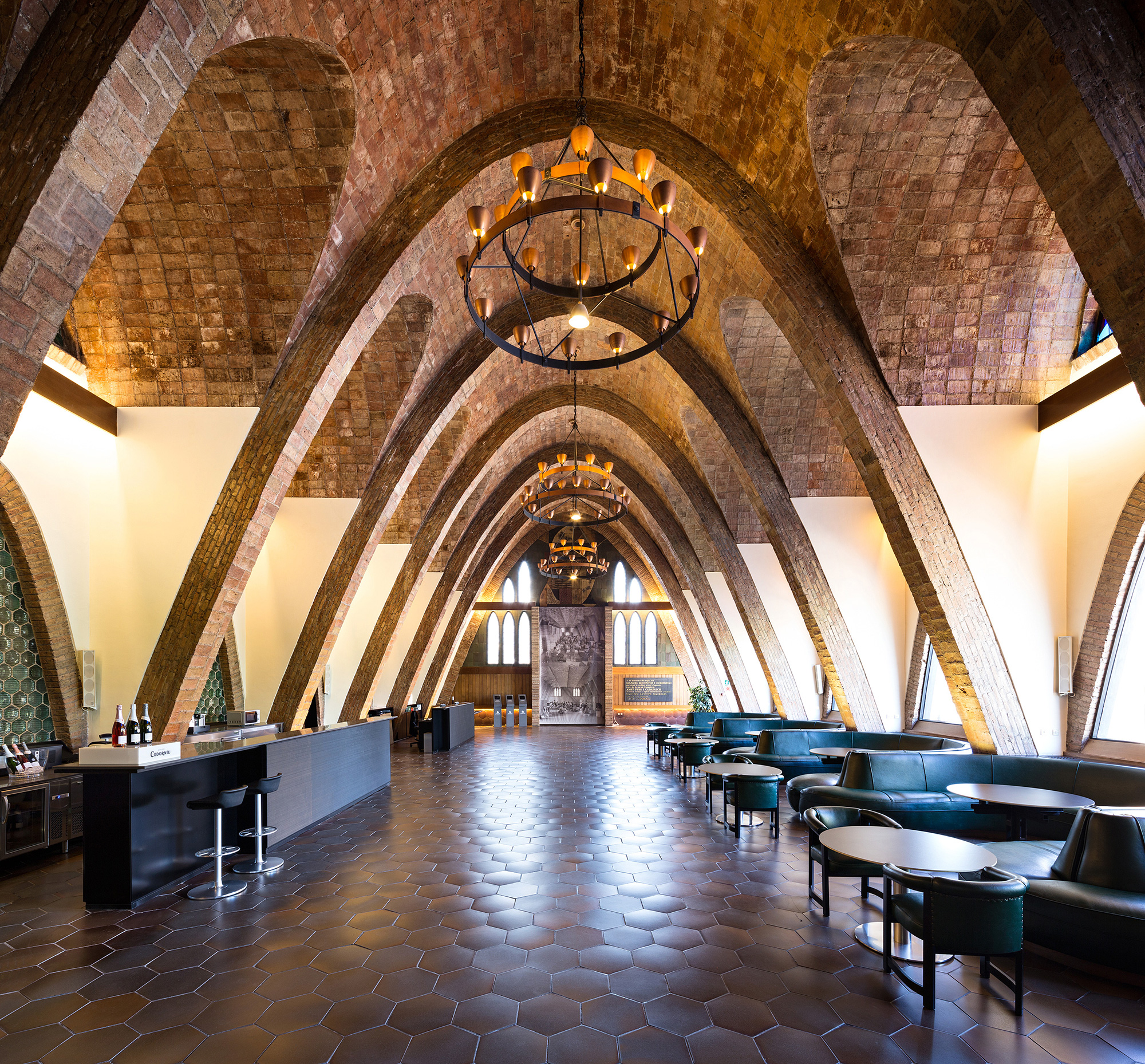 What a great composition, the Codorniu Wine Cellars, a symphony of bricks and arches, completed with miles of underground tunnels to store the Cava bottles. What a great fantasy. 2017 has been declared the year of an architect in the shadow of Gaudí, and we encourage you to discover and dance to the stone poetry of Mr. President, Josep Puig i Cadafalch.

Among all buildings of Barcelona, would you like to combine the visits of the top monuments with some less known ones? And, moreover, among all buildings presented here, what do you consider the best place to see?

Thanks for visiting and guide you soon!