Walden 7 is a residential building designed by the Ricardo Bofill Taller de Arquitectura. It is situated west of Barcelona, in the nearby town of Sant Just Desvern. The original project includes four internal courtyards and about five hundred residences. The building draws on Boffil’s ideal of using public spaces and gardens to enhance the quality of life for residents. 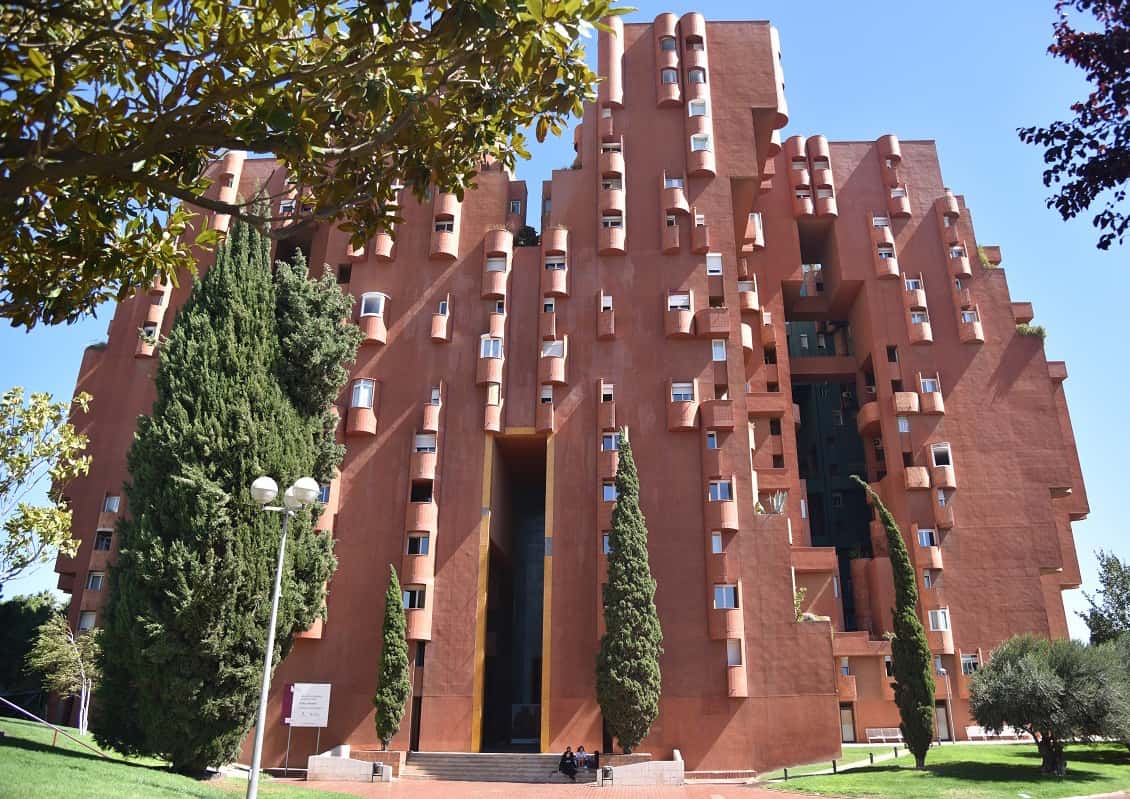 The fourteen story building has apartments overlooking five courtyards. Most apartment have both an exterior view and a view over one of the courtyards. On several levels there are bridges and balconies allowing access to the apartments. All of the open-air walkways are named after poets, philosophers, scientists and political activists. Apartments vary from 30 square meter studios to 120 square meter spaces. 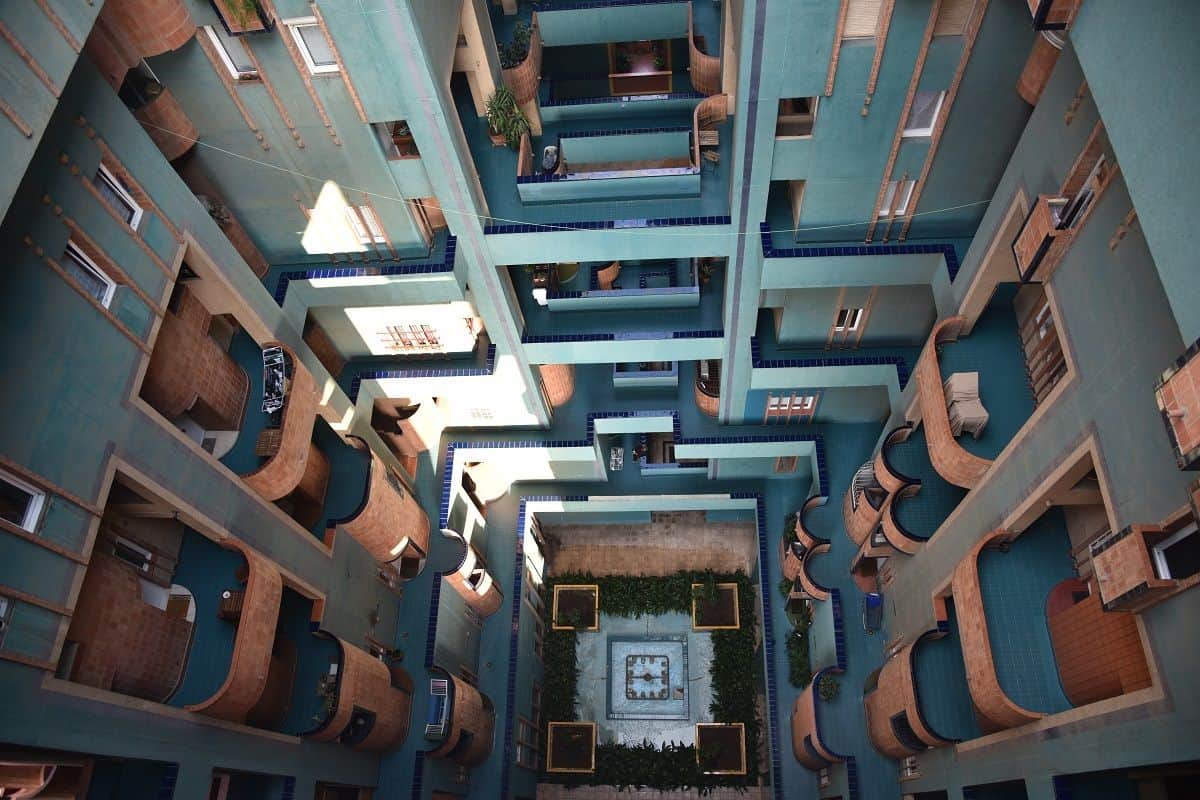 The name of the building is inspired by the behavioral psychologist B. F. Skinner’s novel, Walden Two. The controversial book published in 1948 describes a modern utopia. Skinner’s story refers to Henry David Thoreau’s 1854 work Walden, an account of his two years, two months and two days living in a cabin in the woods. Individual freedoms and the different possible forms of coexistence between people inspired the architectural thought behind the project of Walden 7. 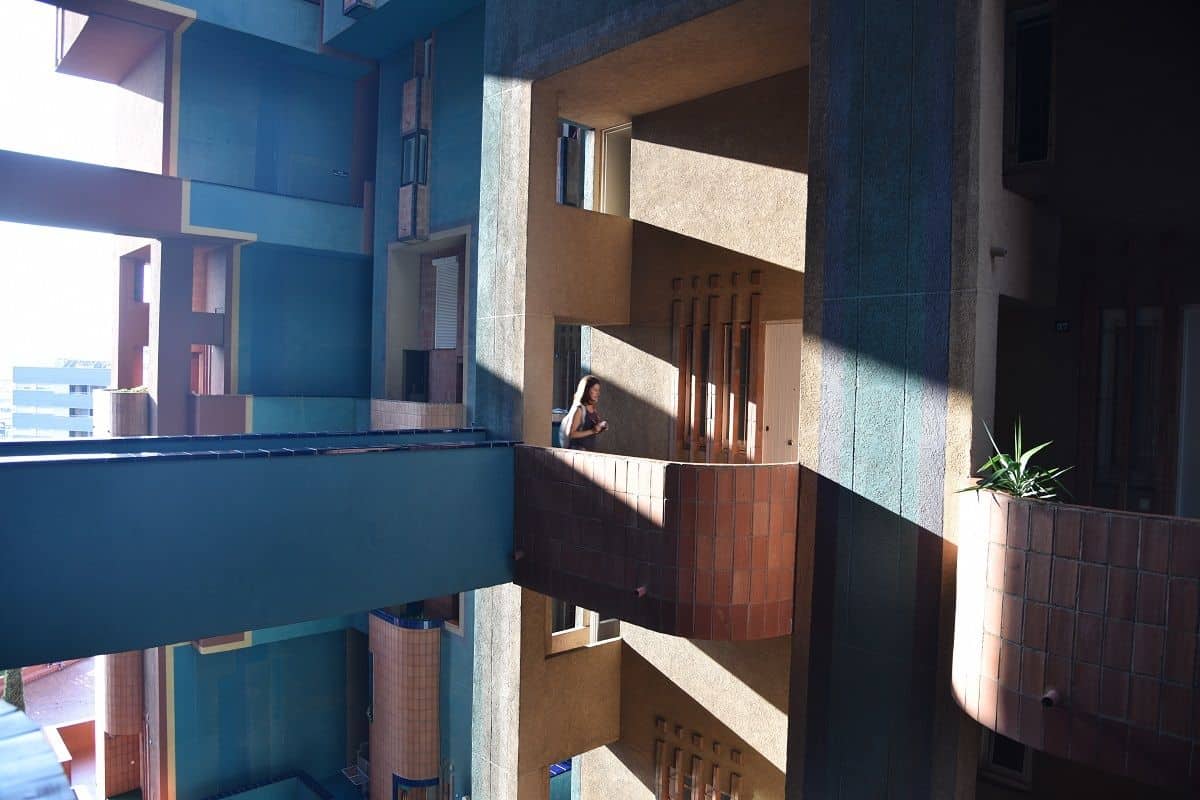 The construction of Walden 7 began in 1972. The façade was originally covered with small ceramic tiles. Due to a problem with the tiles falling off and endangering people underneath, most of them were removed in a 1995 refurbishment of the building. The building was originally intented to be one of five blocks, but the other four were never built.

Ricardo Bofill is most famous for designing the iconic W Hotel Barcelona, popularly known as Hotel Vela. Bofill’s collective Taller de Arquitectura was founded in 1960 and looked beyond architecture to also explore poetry, sociology and philosophy.