25 years after: Five things that Olympic Games changed in Barcelona

This 25th of July commemorates the 25th anniversary of the opening ceremony of the Barcelona Summer Olympic Games. The adventure to host this huge event for the first time started many years before, though, with a big transformation of the city, the emergence of new infrastructures and even a change in the mentality of the citizens about their own town.

Apart from the memorable moments in sport and culture history, another aspect that has remained a quarter of a century later is the fact that Catalonia’s main town would never be the same again.

We want to celebrate with you this special event by listing five aspects that radically changed in Barcelona.

It is hard to believe, but Barcelona lived for decades turning its back to the sea. In fact, beaches like Nova Icària, Somorrostro o Bogatell did not exist until the beginning of the 90’s. For the Olympics, more than two miles of beachfront were built up with a modern marina and promenade and a sports and leisure port. A remarkable example is the view of the ‘Villa Olímpica’, the neighbourhood created with hundreds of apartments and flats that had the function of accommodating the athletes, coaches and referees, among others, during the Olympic competition.

Before that, locals where a little bit ashamed of the Poblenou town. A cemetery and the remains of obsolete industries where the most remarkable things there. But the Olympics transformed what some named the ‘Old Catalan Manchester’ into a currently considered the ‘Barcelonian Copacabana’. 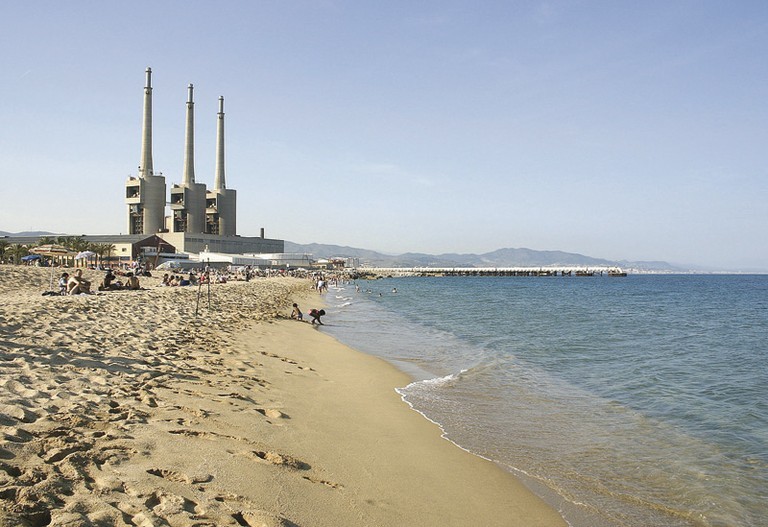 Beaches before the Olympic Games

Montjuïc Mountain has been (and in a way still is) a sort of ‘enchanted forest’ with plenty of corners that hide precious treasures. It hosts historic monuments like the Castle and prestigious Museums like Fundació Miró or MNAC at its top, giving one of the best views of the town. Barcelona is not a big city in size, and it is densely scoped with the natural borders that suppose Rivers Llobregat and Besòs, the mountain range of Collserola, and the Mediterranean sea.

So, where in Barcelona was enough space to lift up an Olympic Stadium, a Pavilion and Swimming Pools? The only answer was Montjuïc, a place that housed a huge and ancient cemetery with views to the sea, a historic castle, a few museums spread across the territory, and even television studios (the mythical Miramar studios where a luxurious hotel is now placed) and even an Amusement Park. Montjuïc was, up until the late 80’s, a leisure space for locals to enjoy some open air during weekends. Now, it’s a symbol of the Olympics and a ‘must’ visit for tourists.

Our visitors during the tour in Montjuïc

3. Self-esteem: the pride of the people of Barcelona:

Apart from the great transformations that the city underwent… one thing that changed radically was the image that the Barcelonans had of their city, it increased its affection towards her thanks to an enormous dose of pride, which motivated the success of the games.

Twenty five years after, there is no doubt that the Olympics made a huge impact on the people of Barcelona. It all began when, on October 17th 1986 in the Swiss city of Lausanne, President of the International Olympic Committee (IOC), Juan Antonio Samaranch, opened the envelope and read the four words that changed Barcelona’s history: “À la ville de… Barcelona”.

Places like Plaça de Catalunya bursted with joy as thousands of people missed their lunch break to know if their city was going to hold the event.

But after joy, came responsibility: All the eyes were focused on the ‘second city’ in Spain.

There was another an ‘extra-challenge’: They were the first Olympic Games in Europe in 20 years since Munich 1972, so the European Union also wanted to give a magnificent image to the rest of the world.

At the end of the event, Samaranch, who was born in Barcelona in 1920 and died in his city in 2010 said that they were: “The best Olympic games of History”. Twenty years after, though, his successor, Belgian Jacques Rogge, pronounced the same phrase at the London Olympics on 2012. However, the rise in self-esteem because of 1992 would mark the destiny of the city for good. 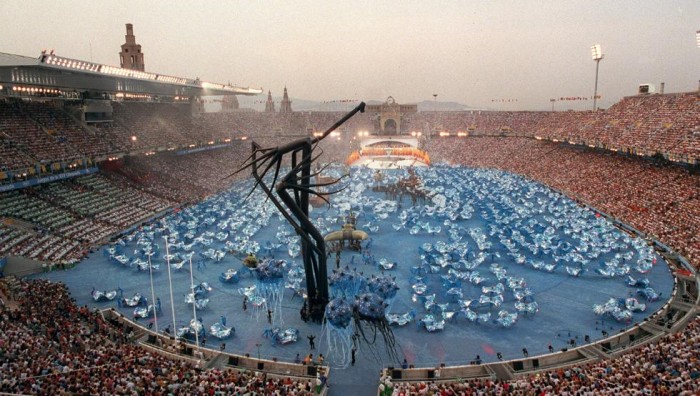 Celebration of the Olympic Games in Barcelona – 1992

4. Barcelona as a tourist destination:

The success in organizing the Olympic Games gave its results. Barcelona, thanks to the Olympic Games, became an appetizing destination for companies to invest and even establish, and also a tourist destination ‘par excellence’. Barcelona has always been a place with a gigantic cultural interest. Consequently, concepts such as Modernism and Art Noveau, Barceloneta, Barri Gòtic became more and more popular worldwide. Furthermore, the Olympics showed how friendly and open minded their inhabitants were. Definitely, (another) good reason to plan a trip to Catalonia.

Last but not least, the 1992 Olympic Games closing ceremony became a huge party for the world that had a rhythmical and cheerful music as the main soundtrack: what is known as ‘Rumba Catalana’.

With its gypsy roots and a sound derived from flamenco rumba with influences from Cuban music and Rock and Roll, it is synonymous of celebration when played. What is remarkable is that music experts claim that Catalan rumba is the only musical style created in Europe in the twentieth century. Its history and popularity are some of the many good reasons that promoters give to reach the goal of Rumba Catalana becoming recognised as an Unesco’s World Heritage.

As said before, the closing ceremony of Barcelona became a celebration of life. One of the ‘patriarchs’ of the style, Peret, perfomed on stage with hits like ‘Gitana Hechizera’, a tribute to Barcelona, that he sang with a fresh-rumba band ‘Los Manolos’, who had previously reached some success with a rumba cover of the Beatles song ‘All my Loving’.

As a way to say ‘goodbye’ to the world, they played a rumba version of the Olympic official song “Amics per Sempre” (“Friends for life”), written by Sir Andrew Lloyd Webber and originally performed by Sarah Brightman and the Catalan tenor Josep Carreras. It was a great way to say goodbye without being sad, which was complicated specially because at that precise moment, everybody was dancing. Athletes from all nationalities celebrated their joy with the volunteers, and even kings and queens and presidents got up from their seats and started to clap their dance and move their body. 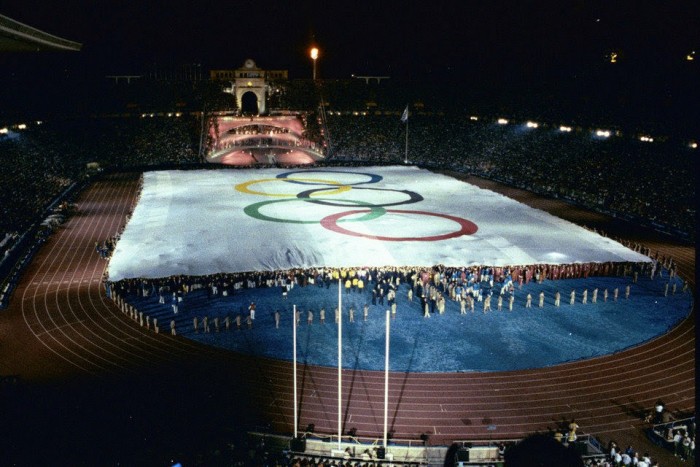 The athletes after the celebration of the Olympic Games