Almost three quarters of our planet is covered with water. The Barcelona aquarium allows us to explore this important but little known world. The exhibition area consists of 66 aquariums, 11,000 specimens, 450 different species and 6 million liters of water. Over 1.5 million people visit the aquarium each year. 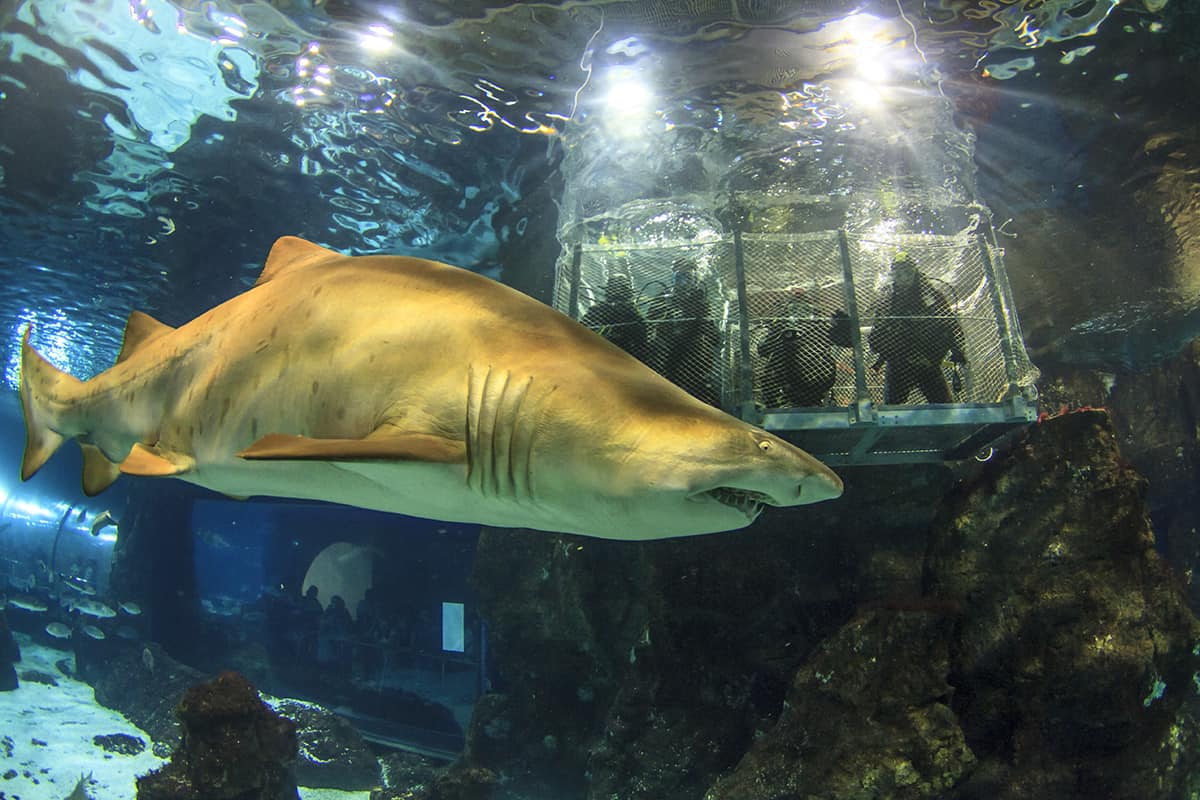 Shark Cage Diving: up close with the Sand Tiger Shark

The Oceanarium is the largest and most spectacular of the aquariums. This vast aquarium  measures 36 meters in diameter, 5 meters in depth and is filled with more than 4 million liters of water. It is home to a countless variety of superb species, including the little-known yet magnificent sand tiger shark (Carcharias taurus), ocean sunfish, ray, moray eel, gilt-head bream, grouper and more. Visitors make their way through an 80 meter transparent underwater tunnel, as if they were taking a stroll along the sea bed.

14 aquariums represent the Mediterranean’s different marine communities, for example the Ebro Delta. In each aquarium, you can learn about the most characteristic species.

Planeta Aqua reveals the creatures that have adapted to the most diverse of aquatic environments. Discover the Humboldt penguins who live in bitter cold conditions, the jellyfish that live in darkness of the deep and exotic creatures of warm tropical waters such as piranhas.