Casa Vicens is the first house designed by Antoni Gaudí after graduating from the Escola Provincial d’Arquitectura de Barcelona 1878. He received his first major commission from Manuel Vicens i Montaner to build a summer estate in Gràcia. 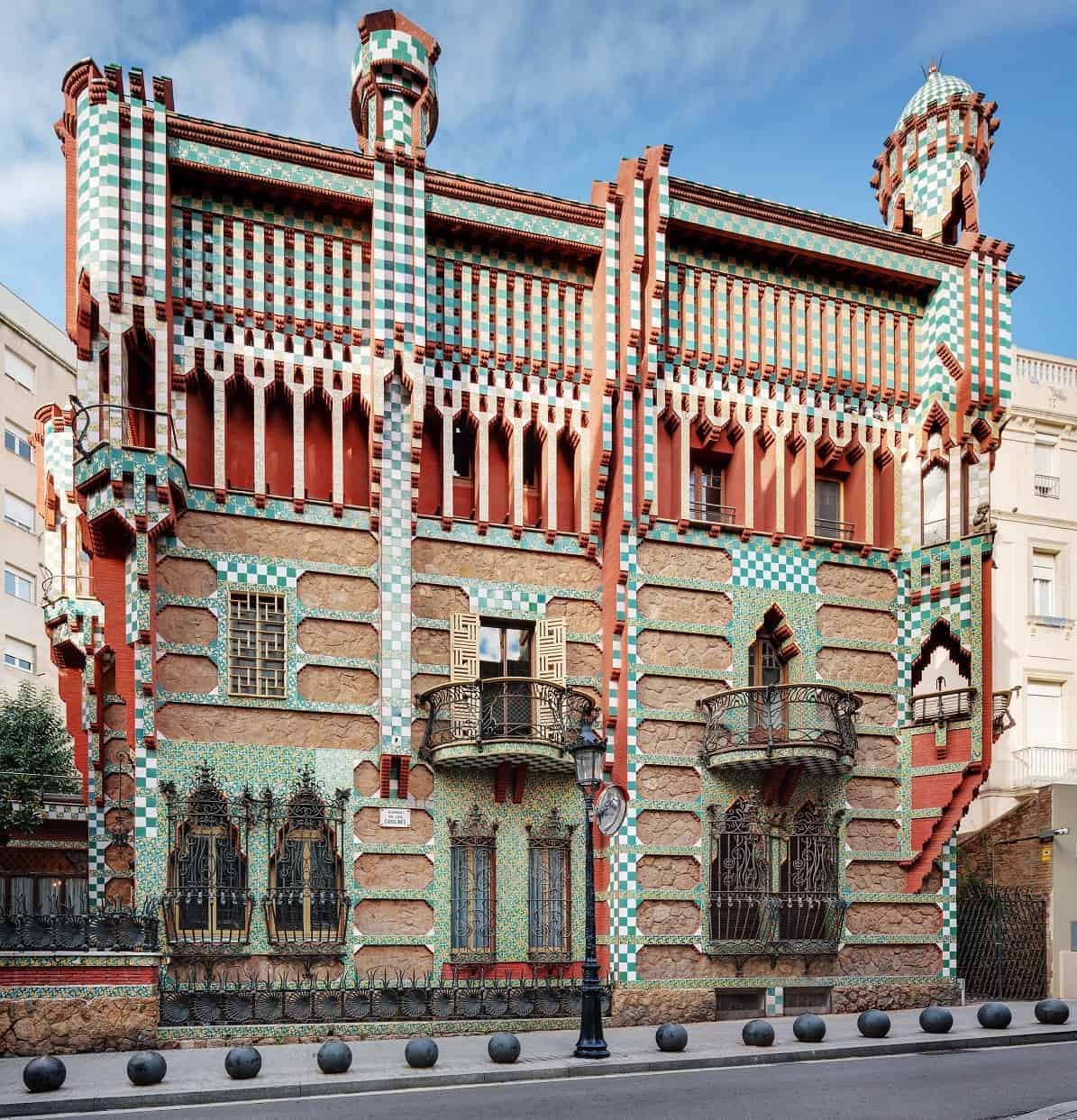 Work began on the house in 1883 when Gaudí was 31 years old and it was completed in 1885. The building is considered an important historical prelude to Catalan modernism.

Dr. Antonio Jover, a surgeon from Havana, Cuba acquired the house in 1899; the grandfather of the owners of the building prior to its sale to MoraBanc in 2014. In 1925, architect Juan Sierra de Martínez added on a new bay to the rear of the building and increased the size of the garden. At that time the house was also divided into three independent floors. The renovations were done with maximum respect for the original work, and the plans were approved by Gaudí who was busy working on La Sagrada Família.

In 2014 Casa Vicens was acquired by MoraBanc from the Herrero-Jover family, its owners since 1899, when it was purchased from the widow of Manuel Vicens i Montaner. Since 2015 MoraBanc has extensively renovated the building. It opened to the public in 2017, after 130 years as a private home. 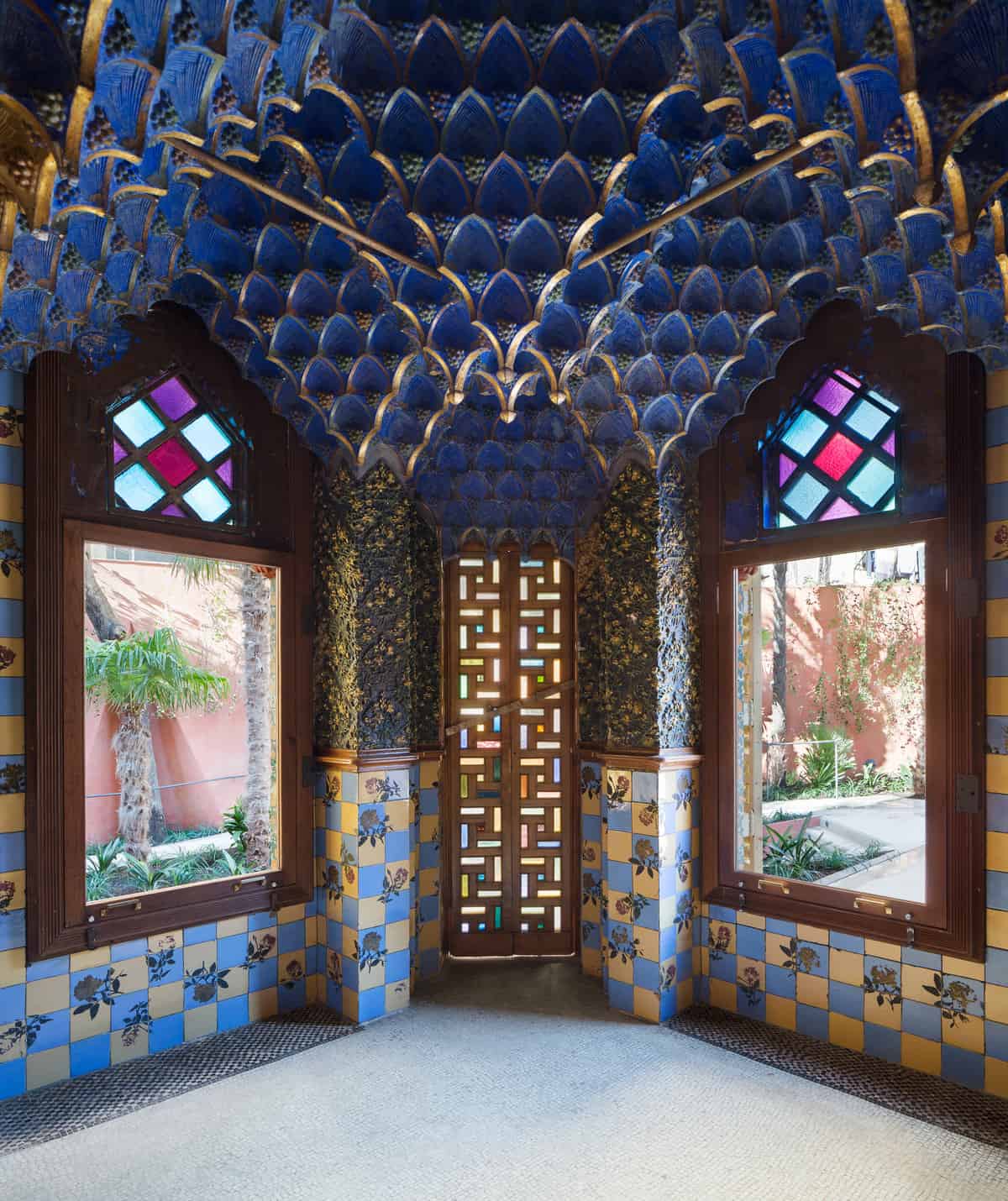 The smoking room pictured above underwent a meticulous process to restore the original multi-color paintings. Unique papier-mâché decoration also covers the walls of this oriental-style room. 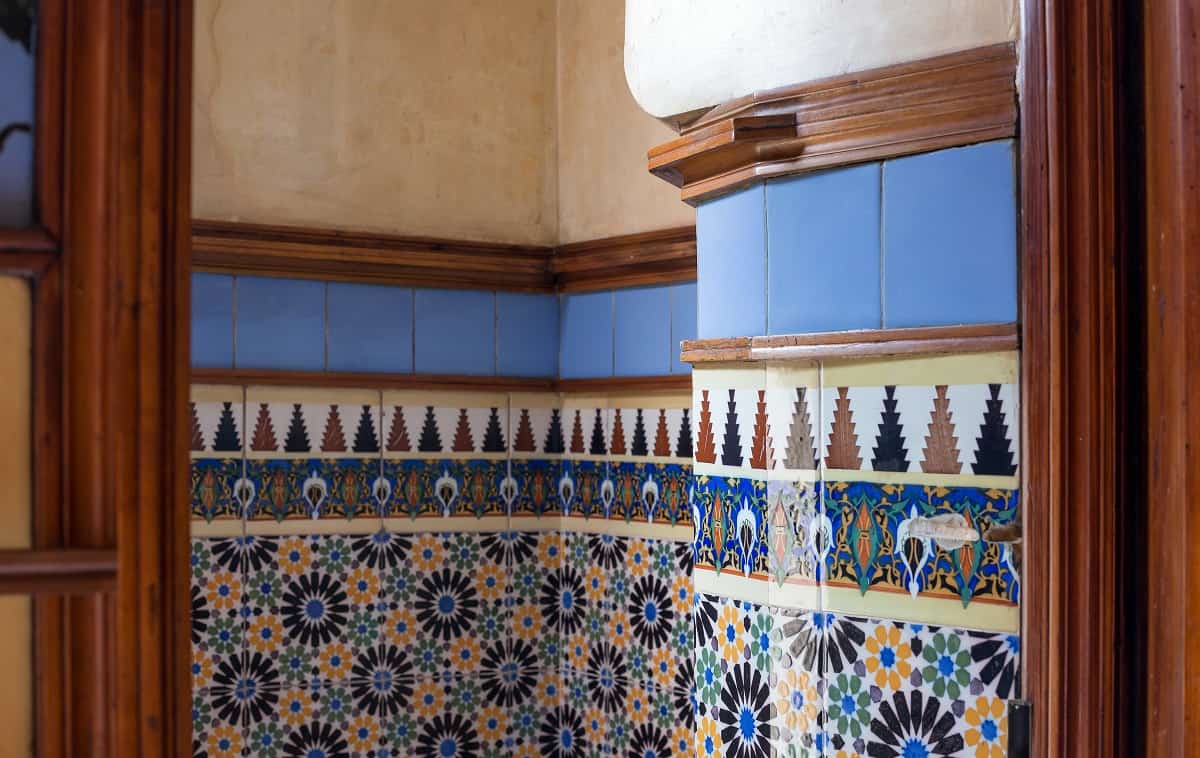 As with his other buildings, influences directly from nature can be seen. Gaudí based his design for the pressed tiles on the French marigold which grew in the grounds of the estate.

The cast iron railings were made using clay models of leaves of the fan palm. 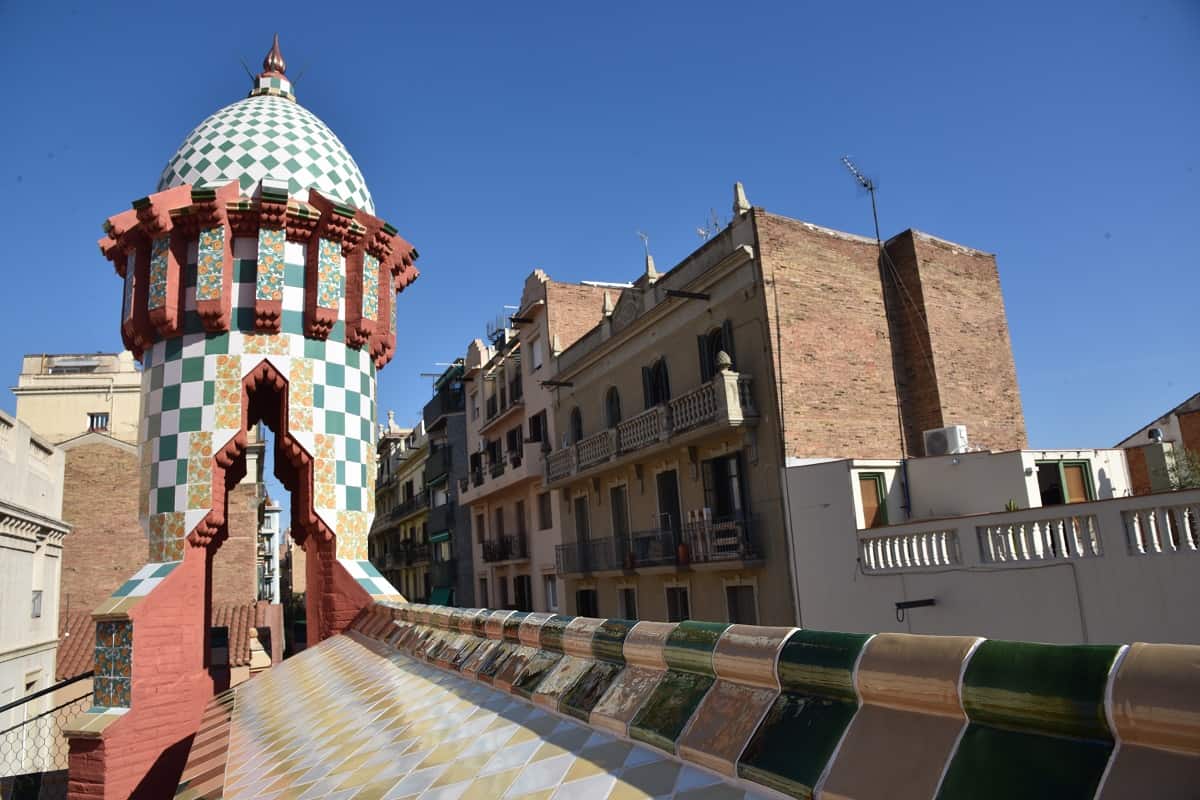 The first accessible rooftop among Gaudí’s works represented a place to escape and contemplate, with sweeping views over 19th century Barcelona. The towers and domes on the corners of the building again reflect Islamic and Oriental architectural styles.

Casa Vicens is situated in the western part of Gràcia on Carrer de les Carolines, 24. It is the eighth building in Barcelona listed as a UNESCO World Heritage Site and the last to be opened to the public. The other UNESCO World Heritage Sites in Barcelona are La Sagrada Família, Casa Batlló, La Pedrera, Park Güell, Palau Güell, Palau de la Música and Hospital de Sant Pau.