The Barceloneta neighborhood sits on a peninsula and is most famous for its beaches, narrow streets, public art and seafood restaurants. Locals describe it as being independent and it even has its own flag. Pictured above: Gallito Restaurant

The neighborhood of Barceloneta dates back to the 18th century when it was a fishermen’s village.  Barceloneta used to be an island, which was formed in the late 8th century from sediments from the Besòs river. At the time it was called the Isla de Maians. Saracen pirates found the island of Maians very useful from a strategic standpoint in their raids of the coast.

In 1477, under the reign of Juan II of Aragon a dam was built running from the old city to the island of Maians.  The island was absorbed by the city to allow for building a port. The neighborhood was originally built to house citizens who had lost their houses due to the construction of the Citadel in La Ribera. Barceloneta is considered one of the best examples of Peninsular Baroque urbanism. The streets were built narrow and with north-south orientation with exterior windows allowing for cross ventilation.

The major expansion of the city’s port began in 1660 and continued in the following centuries during the reign of the Habsburgs. Paseo Juan de Borbón, formerly called Paseo Nacional, traces its origin back to this time.

After Barcelona fell in the War of Succession (1713-1714), many citizens of La Ribera were displaced by the building of the citadel and moved to Barceloneta. An emblematic street of the neighborhood, Carrer de Ginebra, is named after a barracks for fisherman that dates back to 1718. In 1753 the new neighborhood began to be built, starting at en la actual Calle Maquinista and el Paseo Nacional.

The church of Sant Miquel del Port located in Plaça de la Barceloneta was constructed between 1753-1755, an outstanding example of Classical Baroque architecture in Catalonia. It was hit by a bomb during the Civil War, in 1936. The figure of the archangel is a reproduction from 1992. Ferdinand de Lesseps (1805-1894) a French diplomat and later developer of the Suez Canal lived on this plaça.

Built in 1772 iconic Torre del Rellotge was the old port lighthouse and it became a clock in 1904.

In the 18th-19th century Barceloneta attracted industry, due to the space that it had and being well communicated, close to the port and to the Estació de França. La Maquinista terrestre y marítima was an important company dedicated to making stream engines for trains and ships. Established in 1861 it became an icon of Barceloneta. The houses on Calle Maquinista are made with the structures of the factories. The arch entryway to the factory is still well preserved.

La Barceloneta was among the neighborhood that suffered the most from bombing raids during the Civil War. The Repla, where the market currently stands was particularly hard hit and there are plates memorializing the casualties of the bombing attacks. 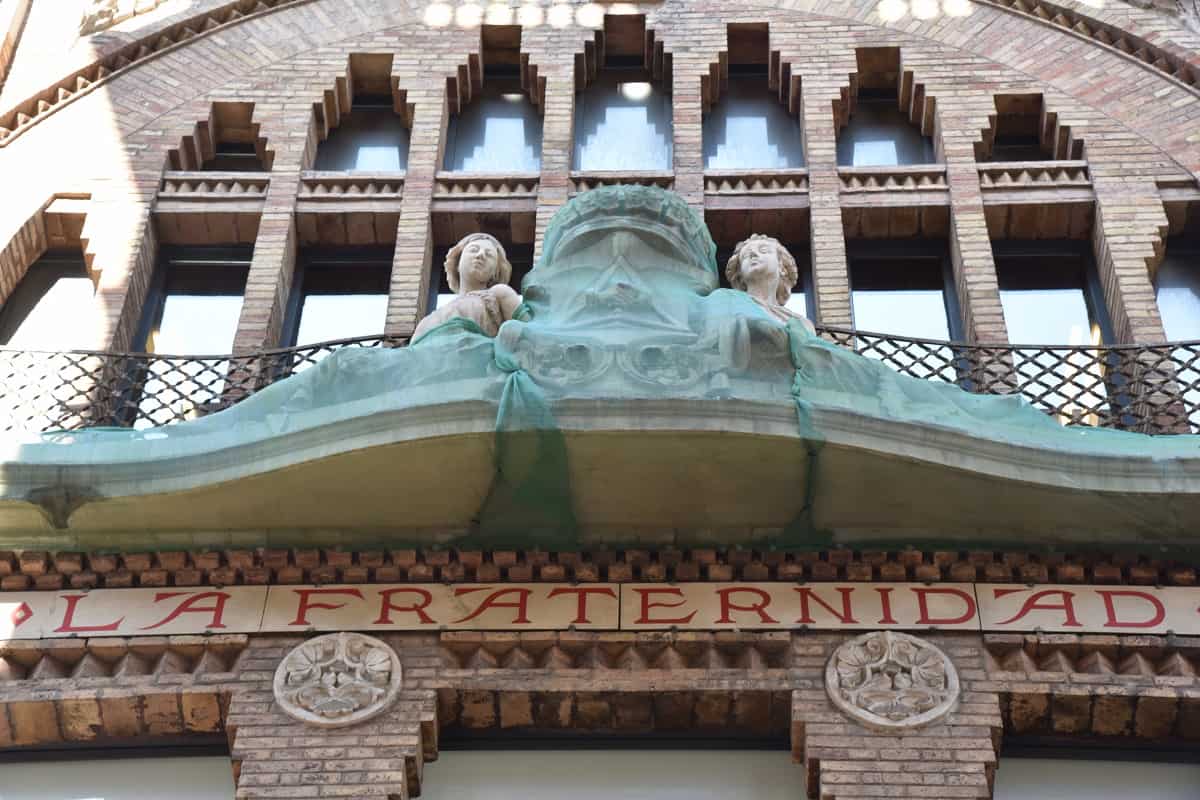 The Casa de la Barceloneta 1761 has been restored as an example of how Barceloneta houses used to look in the 18th century. The building now serves as a social center preserving the history, culture and heritage of the neighborhood. The ground floor houses a permanent exhibition covering the history of the barrio. 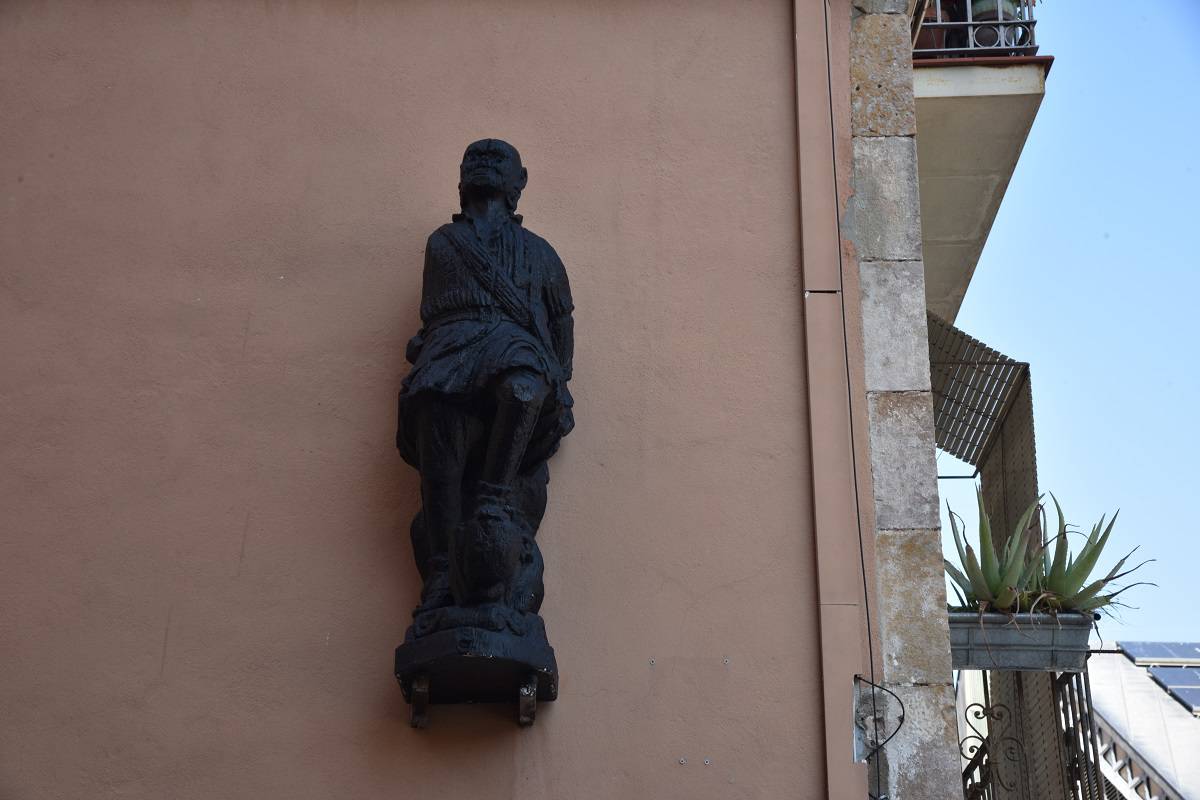 El Negro de La Riba on Carrer Baluard is a replica of a figurehead rescued in the mid-19th century from a ship stranded on the dock of La Riba in Barceloneta. Francesc Bonjoch, a local tavern owner, was intrigued by the striking figurehead and bought it. Another member of the Bonjoch family decided to mount it above his door and it has since become a focal point for local folklore. At first it was thought that the figure was from sub-Saharan Africa, giving rise to the name El Negro de La Riba. However, it is now understood that the wooden sculpture represents a native American warrior.

Set inside the 19th century Palau de Mar, the Catalan History Museum guides you through 2,000 years of Catalan history. A cannon from the War of Succession (1701–1714) is pictured above. 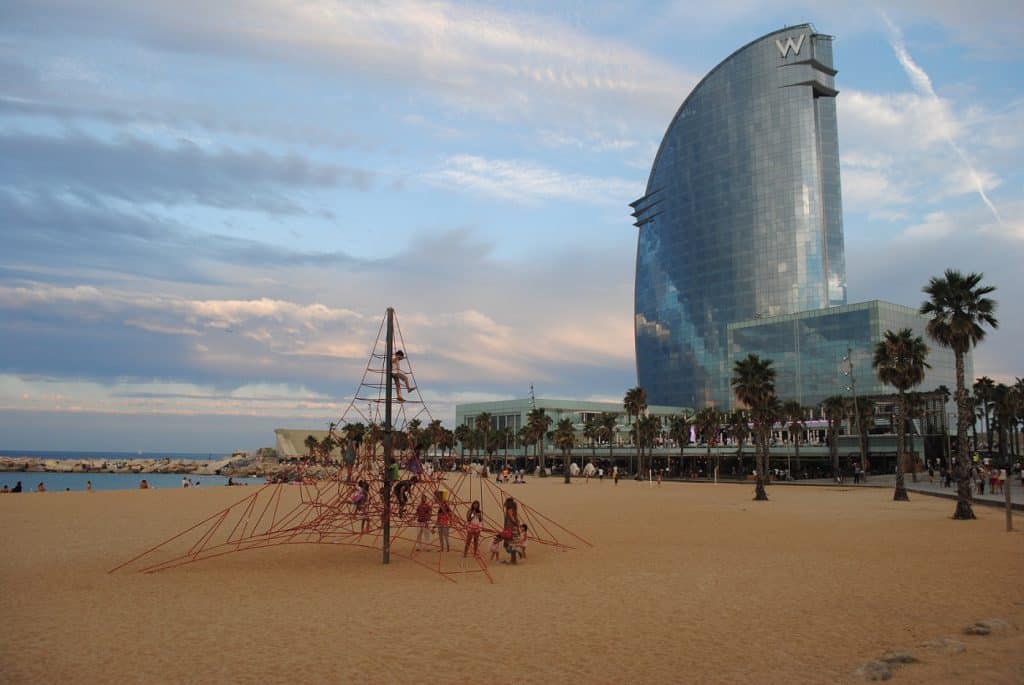 The massive and luxurious Hotel Arts Barcelona has 483 rooms including apartments and executive suites, making it a little larger that the W Hotel with 473 rooms.

Habitat Apartments Beach Studios include WiFi, air conditioning and a kitchen, giving you more of an experience of living in the neighborhood. 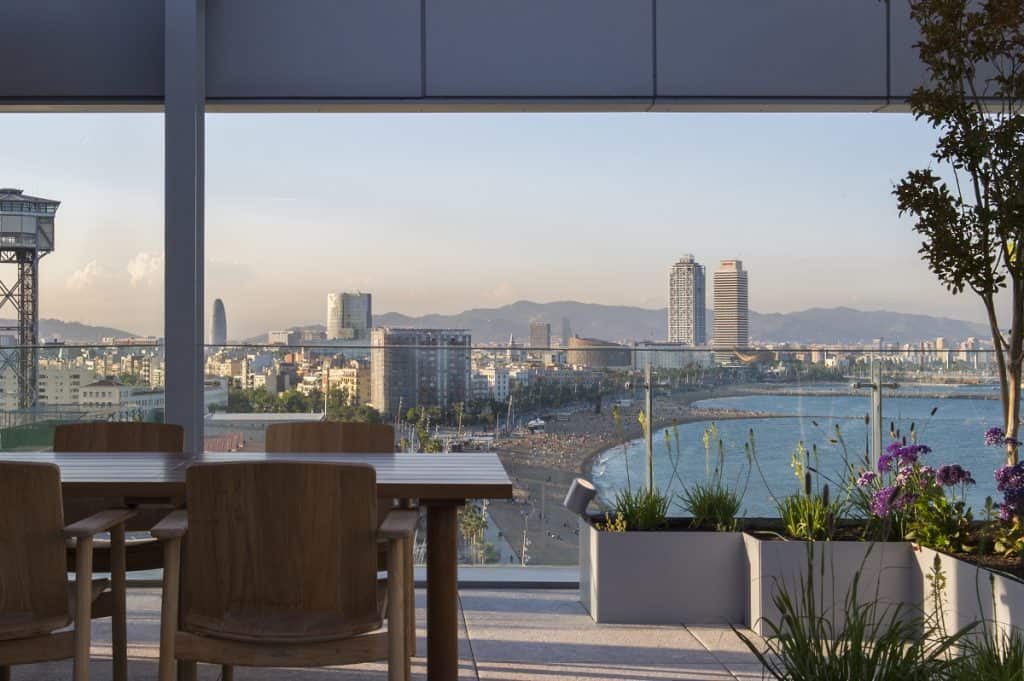 Naturally La Barceloneta is considered one of the best places to try fresh fish or paella in Barcelona. The terrace of Blue Spot pictured above makes a wonderful setting for a meal.

If you’ve had enough paella, head over to local favorite Makamaka for quality burgers, salads and cocktails. 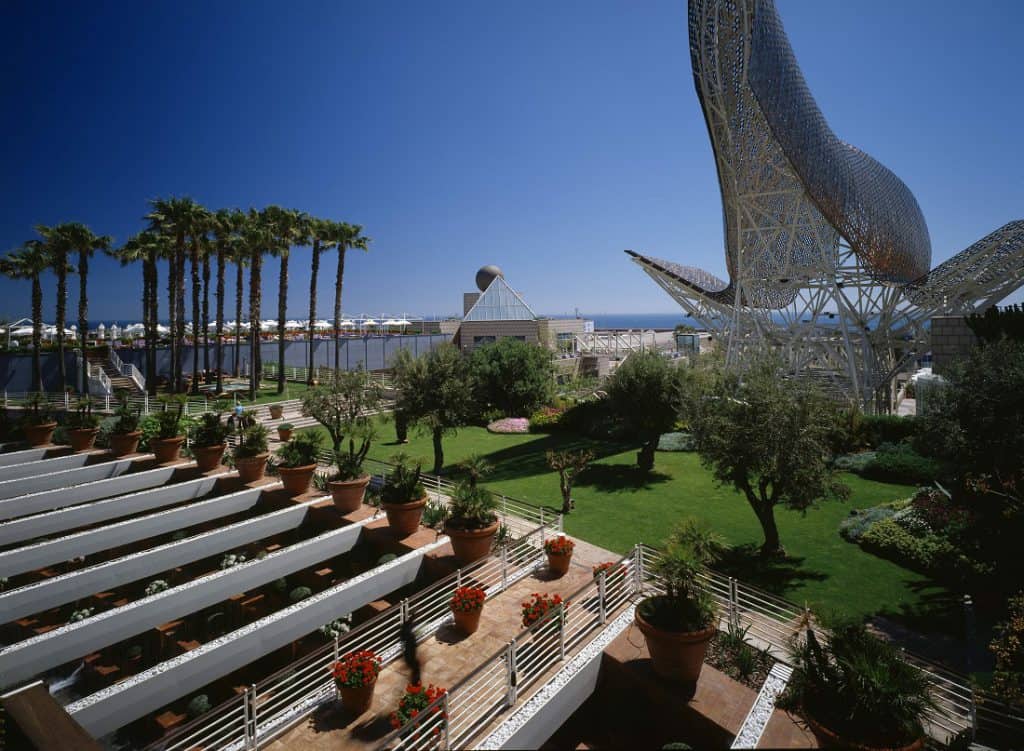 Pacha Barcelona overlooks the beaches of Barceloneta and the Mediterranean sea, set on a famous strip alongside leading clubs such as Opium and Shôko.

Bar Leo is a Barceloneta classic. The interior is decorated with photos honoring the Sevillian dancer and singer, Miguel Vargas Jiménez, otherwise known as ‘Bambino’. 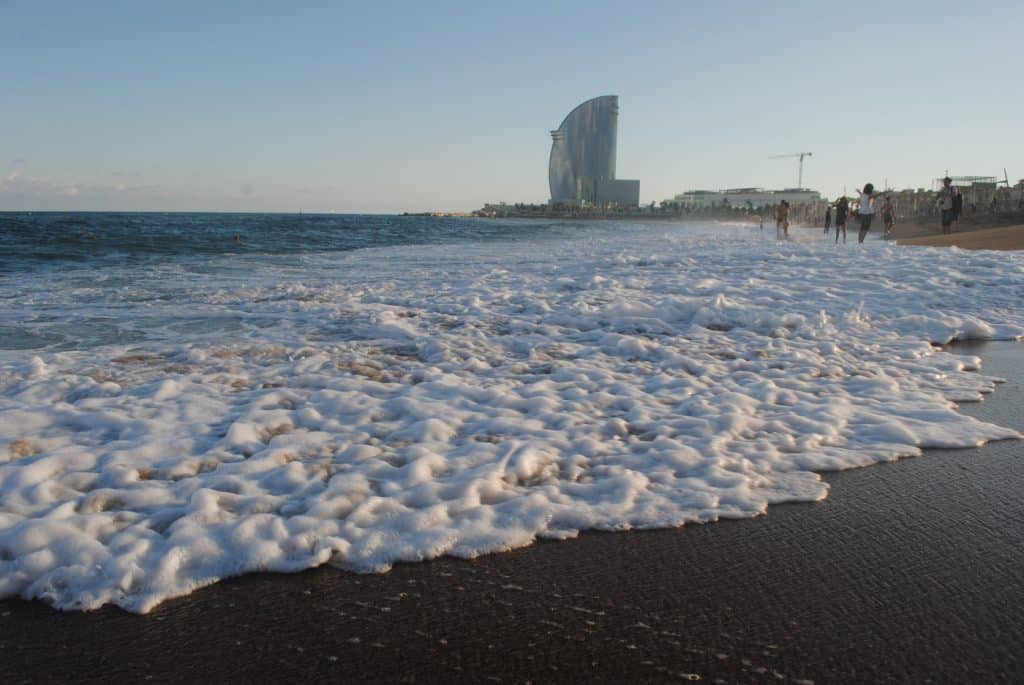 The coastline of Barcelona was dramatically remodeled for the Olympics in 1992. The beaches were constructed manually with hundreds of tonnes of sand shipped in from along the coast and imported from Egypt.

To the north of Port Olímpic there are the beaches of Nova Icària and Bogatell, which are part of the El Poblenou neighborhood.