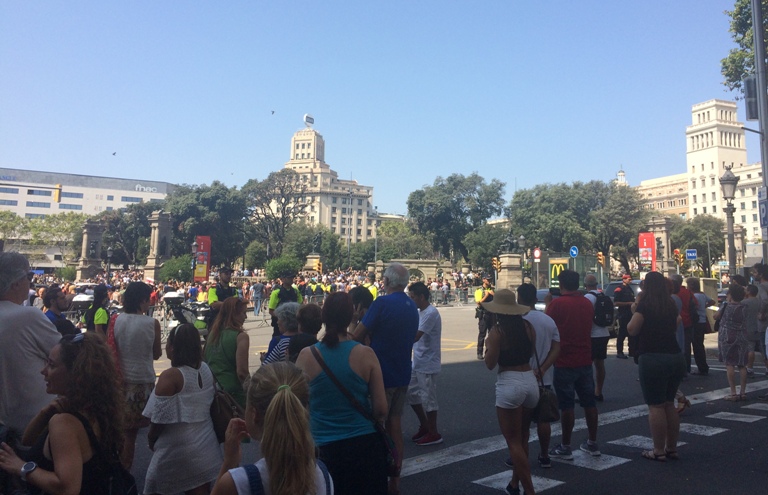 After the terrorist attacks of yesterday, August 17 of 2017, in Catalonia, Barcelona Guide Bureau wants to show his firm condemnation to these inhuman acts. A van ran over to dozens of people in La Rambla of Barcelona in a terrible act assumed by the ISIS. There are at least 14 dead and a hundred wounded. Hours later, in Cambrils, five more terrorists were shot down when they tried to replicate the massacre.

We offer our most sincere condolences to all families and friends from the victims of terror, and we inform you that we will continue with our tours in our regular schedule, as visitors deserve.

In Barcelona as well as other areas there is strong police control to preserve the safety of everybody. Regional and national authorities have acted quickly and efficiently. Only directly affected areas have been cordoned off and public transport operates as normally as possible.