Curiosities about Sagrada Família in Barcelona

Barcelona’s main Attraction, Gaudí’s Sixtine Chapel, yes: Today we are going to talk about Sagrada Família. This splendorous Basilica, the expiatory temple of the Sagrada Família, has a long story, like many worshiping monuments. Since the history of the building is still very recent, we are fortunate to talk about many curiosities regarding Barcelona’s main attraction, which is going to be achieved on 2026. 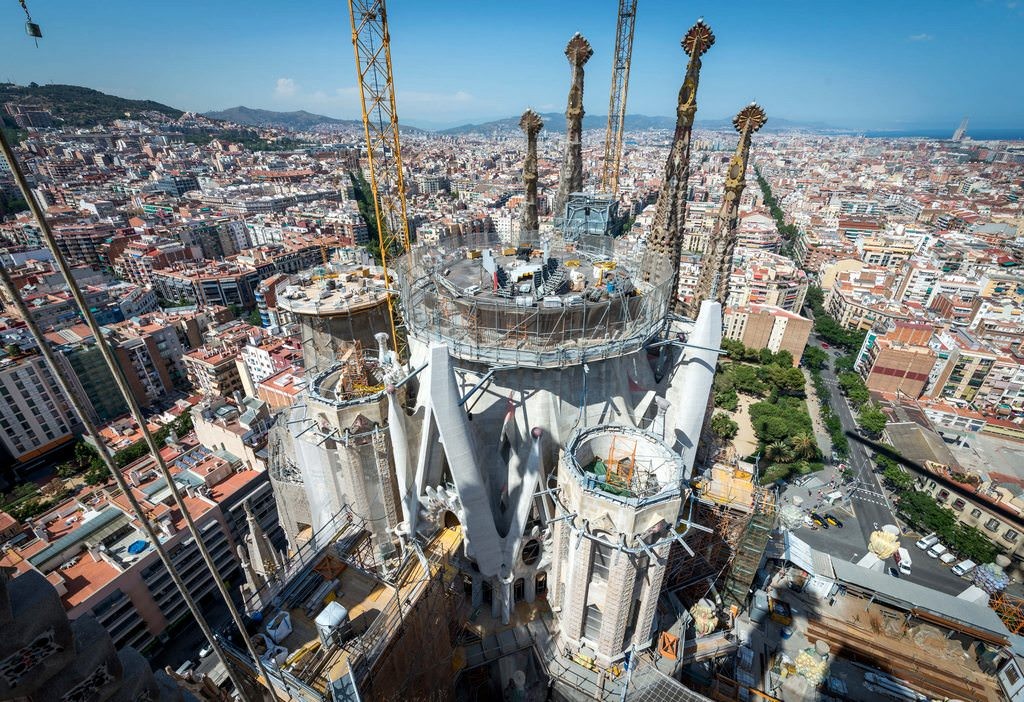 Remember that it isn’t a Cathedral. There are some differences. Unlike Cathedrals or churches, Basilicas are really ancient models, a place of exchange, inspired from the Roman architecture. 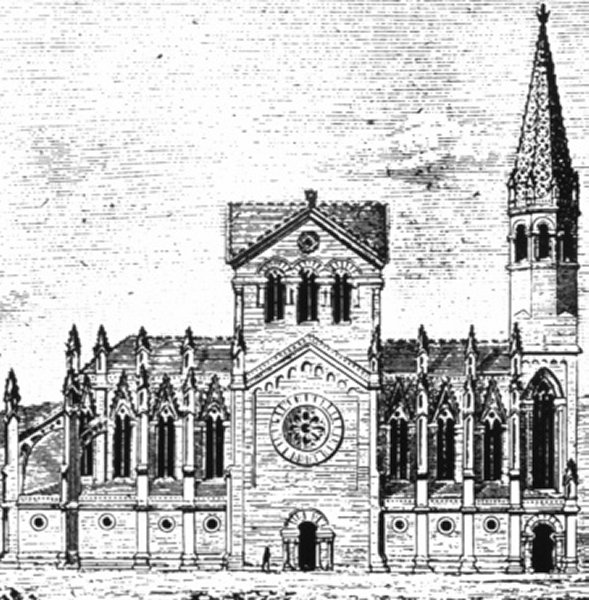 The original project by F. Villar

But a series of events took a recommendation to Antoni Gaudí. Gaudí undid all the original plans that Villar had in mind, and dreamed of a construction that transcended any style of architecture. It was 1883 and the Sagrada Familia initiated it’s realisation. Although the construction started when Gaudí was involved in other projects, he dedicated the end of his career exclusively to the Basilica. 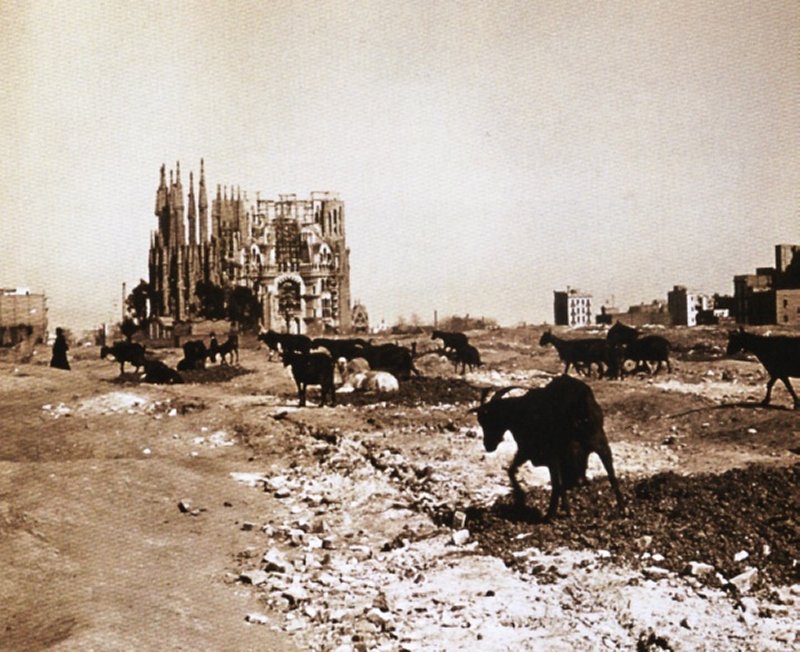 There were almost no houses around the construction

This is an expiatory temple, this encouraged many followers to donate. However, the construction has lasted long time because of extensive periods of low funding. The donations that were pouring into the project came little by little, very slowly, since it came from regular people that were asked to participate.

During the dictatorship of general Franco, the donations came from the peasants who were asked on the streets. Today, since the temple has finished interiors, the Sagrada Família charges entry fees to the visitors. Now, as the most visited monument in Spain, it’s been mostly overfunded so that we can make sure the construction will end on 2026.

Gaudí died before the Spanish Civil War which happened between 1936 and 1939. The fire that Gaudí’s workshop suffered during the Civil War was the tragic event of the temple’s history. Part of the construction was set on fire by the anarchists, and the workshop suffered serious damages. Many of the plans and models made by the genius architect disappeared forever, and so did his studio. 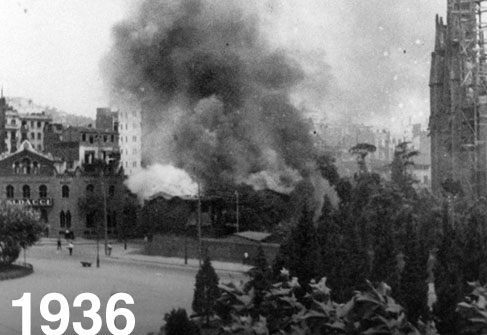 The plan of the park around the monument

The Sagrada Família wasn’t only an architectural project, there was part of urban planning too. The Basilica’s Façades were supposed to be surrounded by a park around it, there were many ideas, one of the architect’s projections included a park that, seen from above, would place the building in the core of a star-shaped open area.

Gaudís original drawing of the Square around Sagrada Família

A star? Yes, the Sagrada Família is mediatic, it’s Barcelona’s superstar, it has even been featured on the Simpsons!

If you are looking for a pen pal in Barcelona like Homer Simpson has, please leave a comment below!