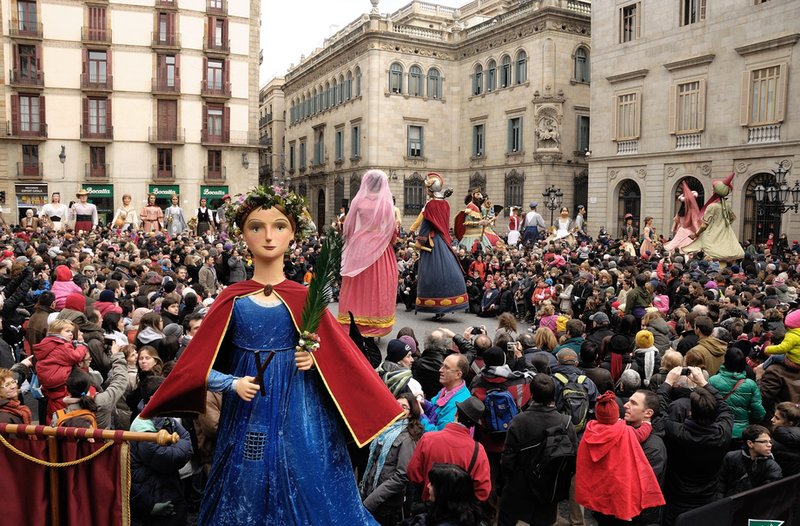 Its wide offer of cultural events makes Barcelona worth a visit any time of the year. If you think that February is a calm, and even a boring month to spend some days in Catalonia’s main city, you are (luckily) wrong.

It is in the middle days of February when one of the two main festivities in Barcelona take place: what is known by the locals the Festes de Santa Eulàlia.

Who was Santa Eulàlia? The Origins:

Santa Eulàlia is the official saint patroness of Barcelona along with Santa Mercè. It is said that she was born where the district of Sarrià is nowadays, then on the outskirts of the city (restricted to the Gothic area). During the persecution of Christians in the reign of Roman emperor Diocletian, she was captured because she refused to recant her Christianity. She was only thirteen years old, and her abductors subjected her to thirteen terrible tortures.

One of them consisted on putting her inside a barrel with sharp knives (or broken glass depending on the version) and led the barrel roll down a narrow street. Today, you can go to the place where that terrible event allegedly happened. A street called ‘Baixada de Santa Eulalia’ (Santa Eulàlia’s descent), in the heart of the Gothic quarter.

The Young martyr also suffered crucifixion on an X-shaped cross (like Saint Andrew’s cross). That’s why she is often represented next to or holding this type of cross. After all this cruelty, she finally died decapitated. The legend says that a white dove flew out from her neck just immediately following her decapitation. 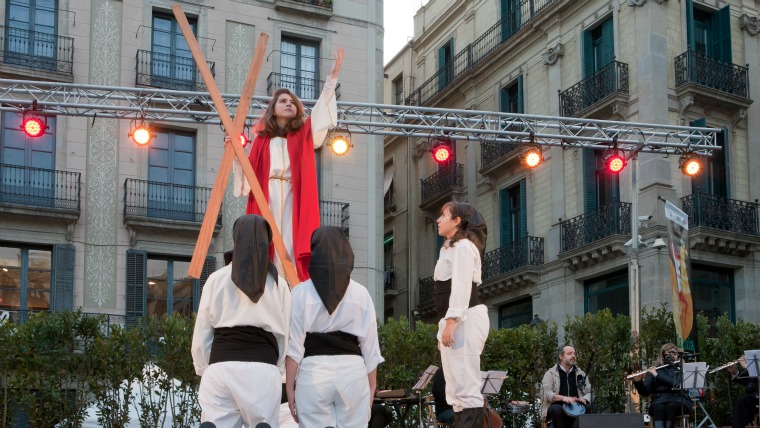 She died on the 12th of February in the year 303, and on this date the main celebrations of the festivity take place. Eulalia’s body was first interred in a church originally called ‘Santa Maria de les Arenes’ (Saint Mary of the Sands) where know is located the gothic basilica of Santa Maria del Mar.

By visiting Barcelona’s Cathedral, you can see that there are thirteen geese in the cloister, as many birds as years Saint ‘Laia’ had, and also a symbol of the thirteen tortures she suffered. 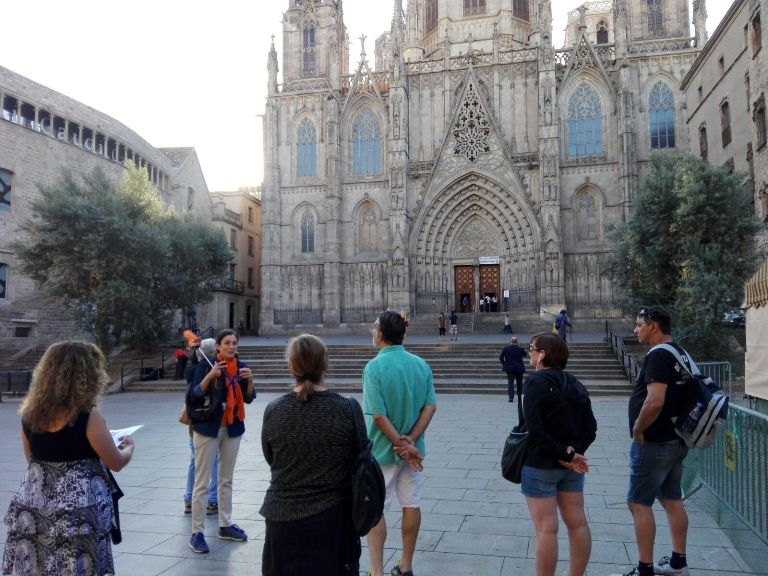 Following the traditions, you will probably find in Catalonia, and specially in Barcelona, several women with the name of ‘Mercedes’, ‘Mercè’ or ‘Eulàlia’. But in the last years, the abbreviation of this last name has become very popular: ‘Laia’. Other forms, although more unusual of Eulàlia are ‘Aulaire, Aulazia, Olalla or Eulària’.

A Festival for all ages:

It is Barcelona’s biggest annual festival for children, also known as ‘La Laia’ Festival. In the morning of 12th February, the tradition is the raising -on the balcony of the City Hall builging, of the ‘Penó de Santa Eulàlia’, which is a reproduction of the ancient Barcelona penant flag.

This is the start of a wide range of activities, including the ‘Human Castles’ (castellers), concerts, parades with ‘Gegants’ and ‘Capgrossos’ (‘Giants’ and ‘Big-Heads’), fire-run ‘correfocs’ or open house events. There is also a very complete list of things to do with kids. The festival takes place at many venues all over Barcelona but mostly in Ciutat Vella district, where the eldest part of the city is.

Many museums of Barcelona have an ‘open house day’ during Santa Eulalia, and some have a free entrance fee to visit during the entire festival period. 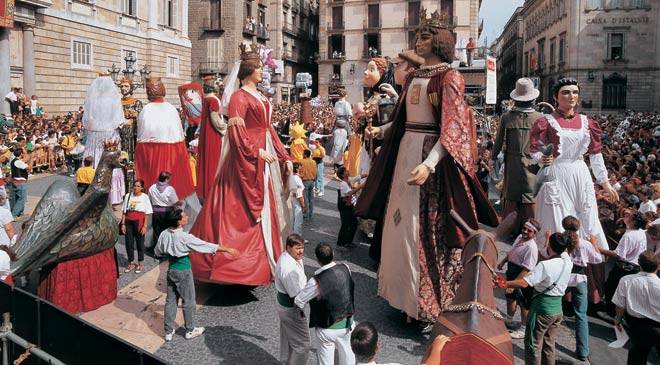