This is a beautiful walk of about 6km within the city that takes about 2 hours, winding through the districts of Gràcia, Carmel and Horta-Guinardó. 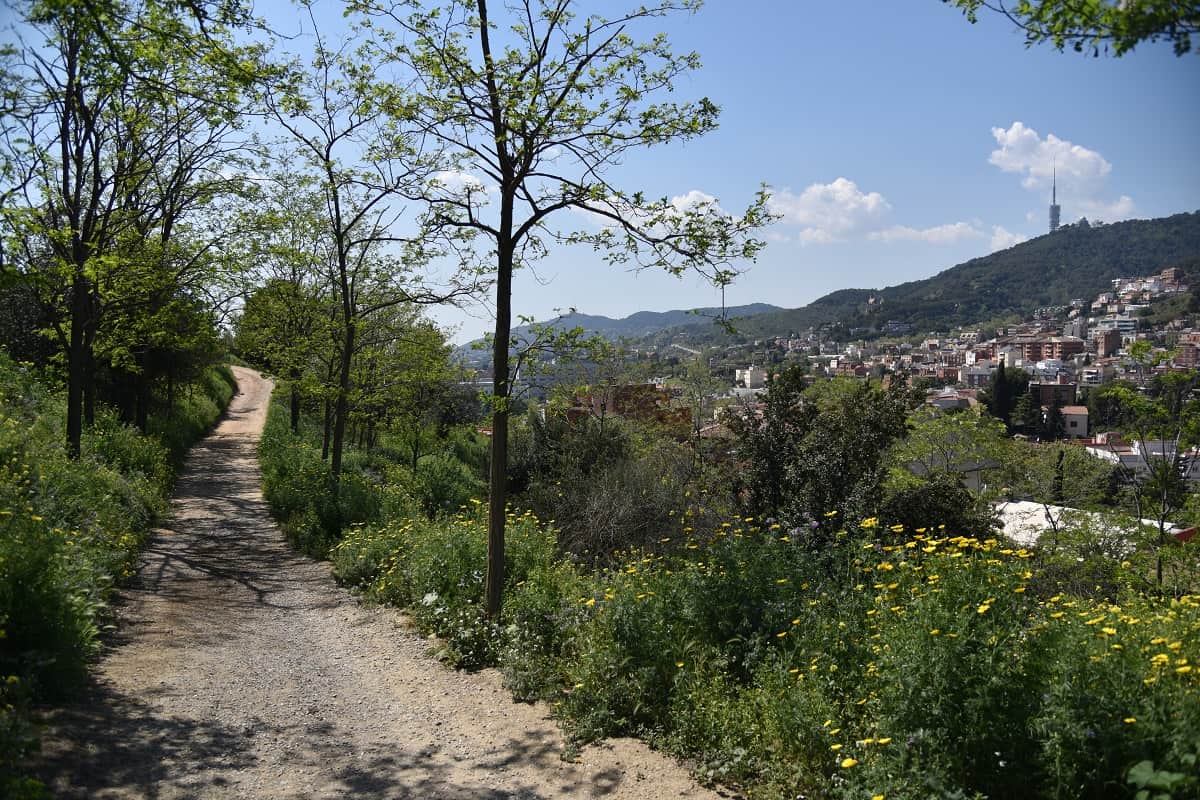 Along the way we pass three hills: El Coll (249 meters), El Carmel (267 meters) and La Rovira (261 meters). They consist mainly of metamorphic rocks from the Paleozoic era on a granite subsoil. 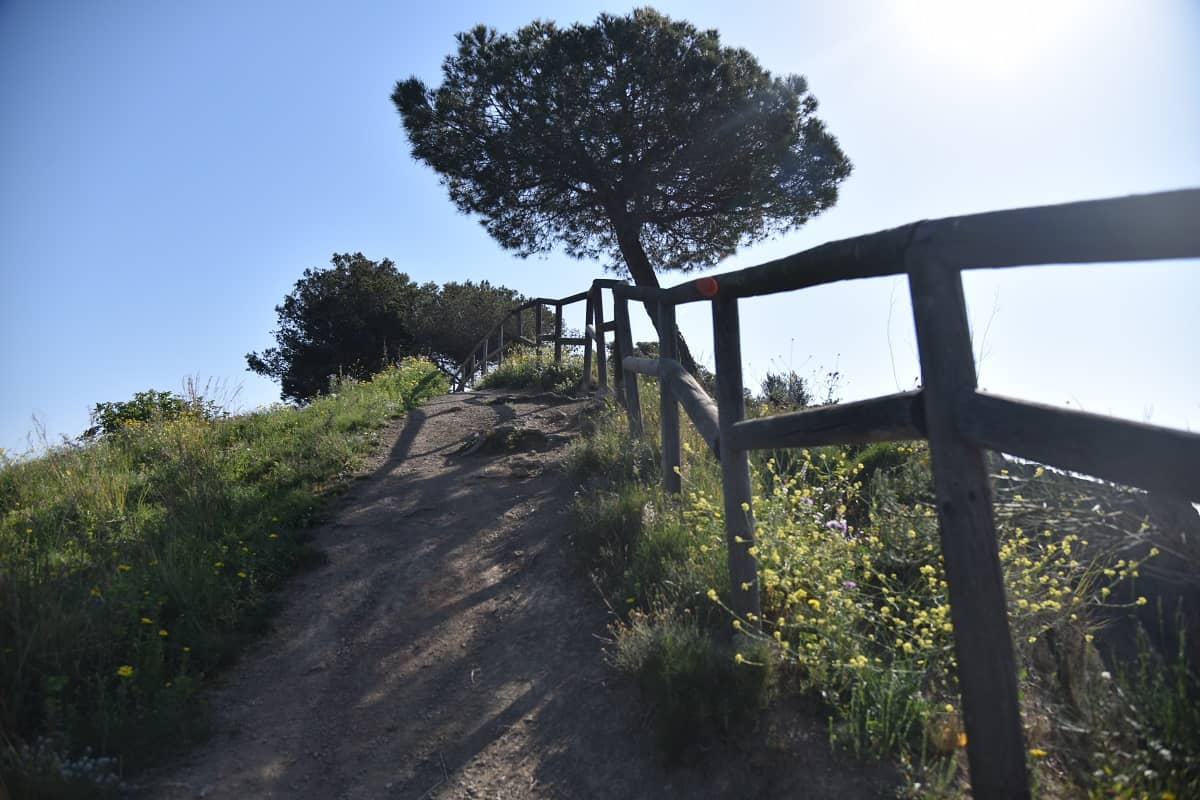 The fist hill is Turó de la Creueta del Coll (also known as the Turó d’en Falcó). It used to be a quarry and has sheer cliff faces. 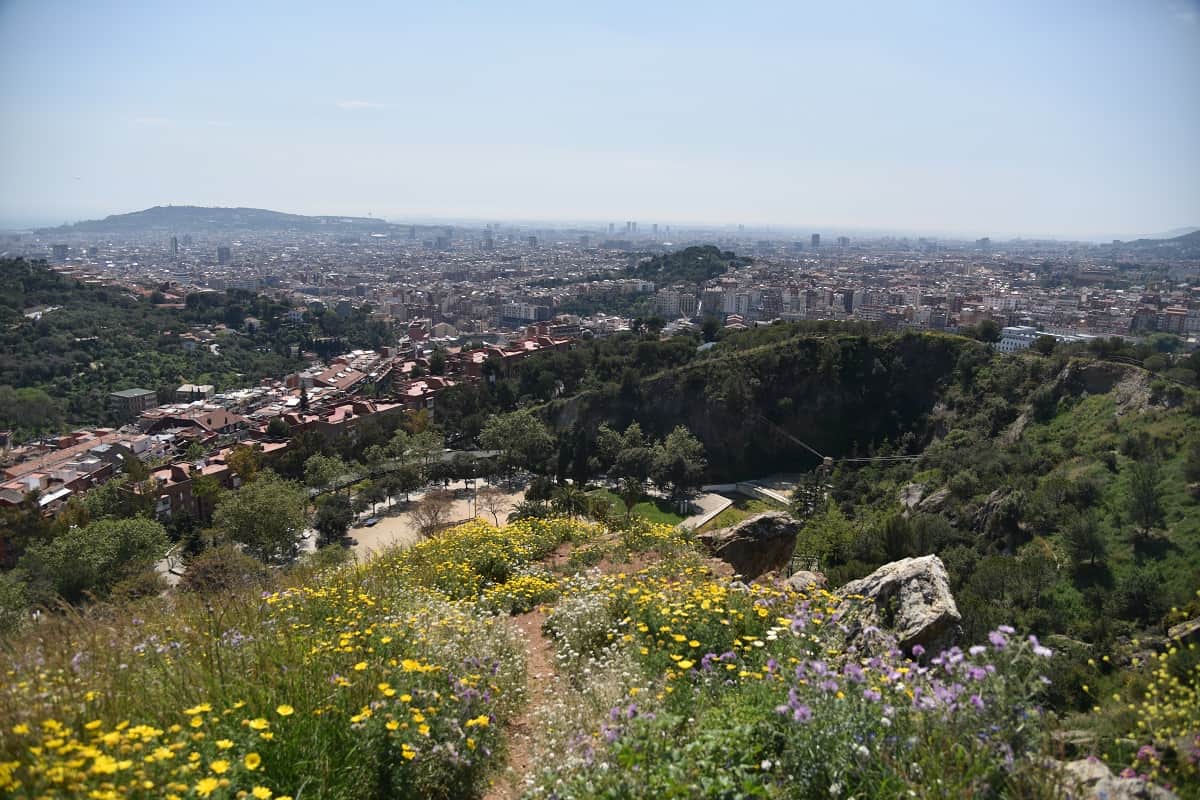 Looking down into Parc de la Creueta del Coll you can see “In Praise of Water”  by Basque sculptor Eduardo Chillida. The work consists of a 50-ton piece of concrete, suspended from four steel cables over a reflecting pool. 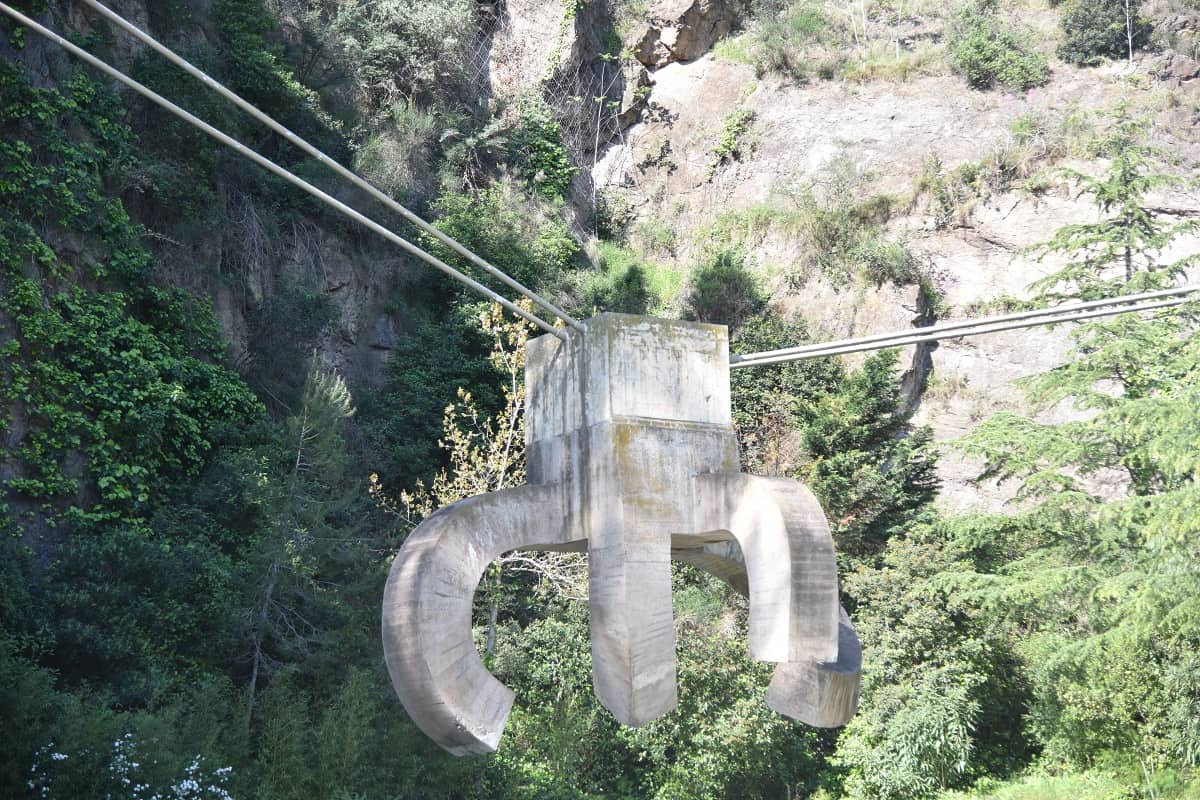 “In Praise of Water” by Eduardo Chillida

Leaving the park we walk past Finca Sansalvador (Passeig de la Mare de Déu del Coll, 79), a modernist work of Josep Maria Jujol, built between 1909 and 1910. Originally from Tarragona, Jujol worked with Antoni Gaudí on many of his most famous works including Casa Batlló, Casa Milà and Park Güell. Finca Sansalvador was formerly the summer residence of Dr. Salvador Sansalvador and currently serves as the headquarters of the Gracia History Workshop.

Then we pass another important building: the Iglesia de Nuestra Señora del Coll (In Catalan, Església de la Mare de Déu del Coll). It is a Romanesque church dating back to the eleventh century, from which the central body and bell tower are preserved. The other parts of the church were built in the twentieth century.

Before reaching the second hill we pass Can Móra, a manor house dating back to 1750, now a residence for the elderly.

This hill was formerly known as Turó d’en Móra in reference to Can Móra. It is also sometimes called La Montaña Pelada (the bald mountain) The current name Turó del Carmel comes from the hill shrine located on the eastern slope, built in the mid nineteenth century. On the southwest hillside lies the famous Park Güell. 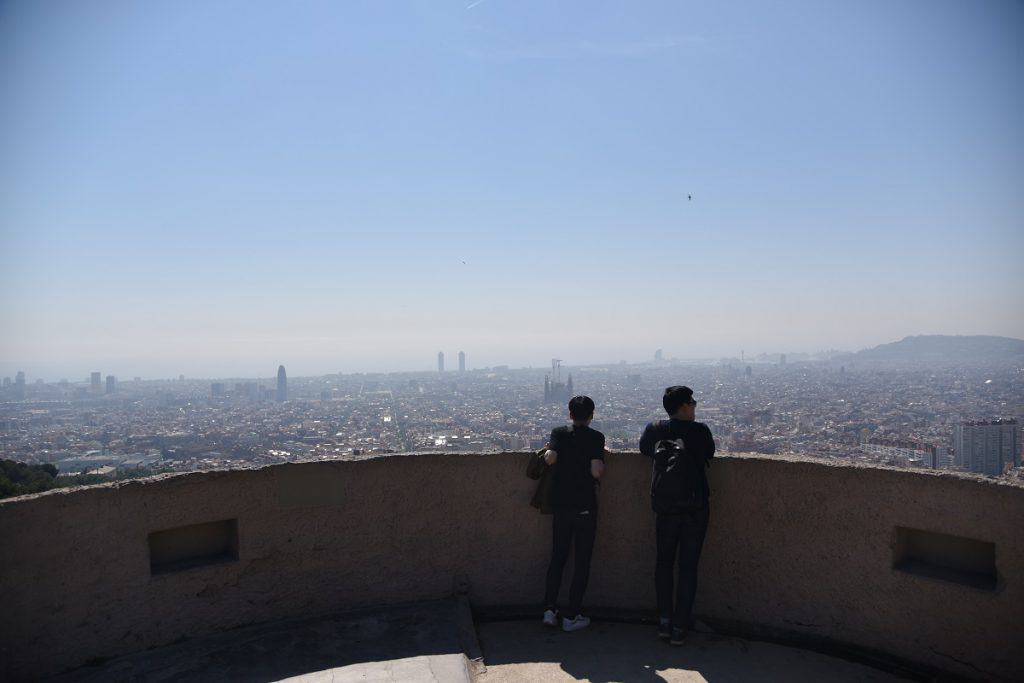 At the top of Turó de la Rovira lie the remains of anti-aircraft stations built in 1938 to defend the city during the civil war. Four 105mm Vickers guns were among the weapons placed there.