What makes El Born so special in Barcelona?

During the past years, many citizens from Barcelona have started enjoying el Born, one of the most special places in Barcelona. El Born is the Catalan name for the street enclosure dedicated to the medieval jousts between knights during the beloved tournaments, the traditional celebrations across Europe in the middle ages. Passeig del Born was the venue for this popular jousting and combats celebrated in Barcelona. 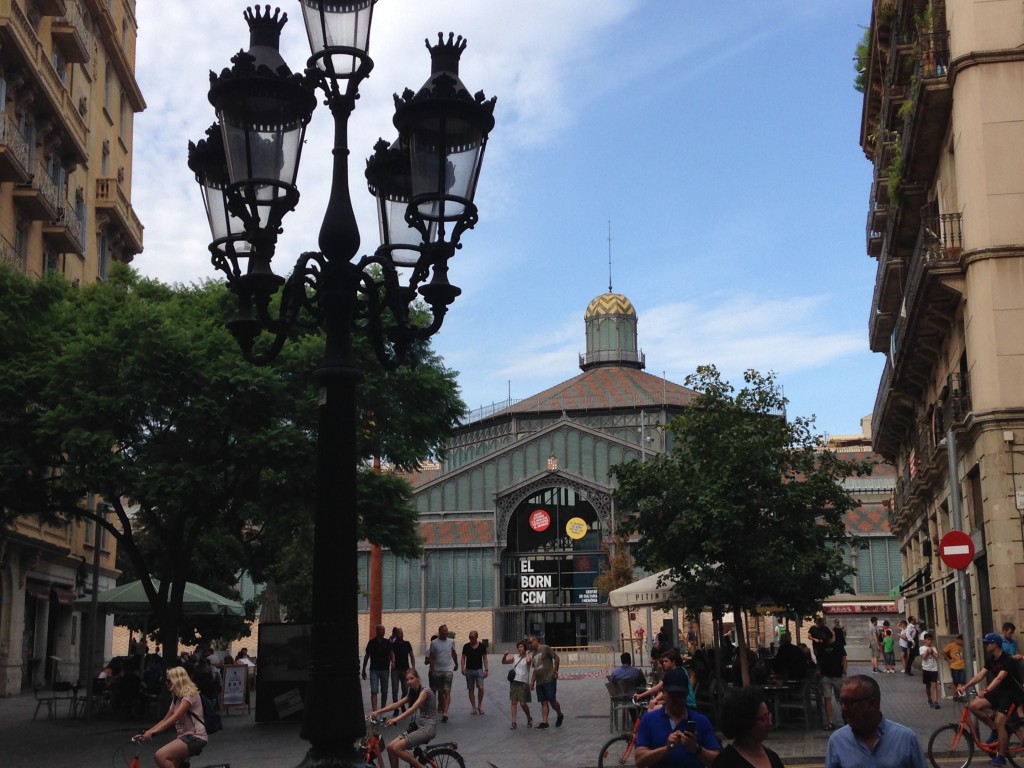 At the end of el Born Boulevard, the market is now more than it appears to be

From the 13th to the 18th century, the same boulevard was the square where religious festivities such as carnivals and commercial events such as fairs were being held. It also witnessed the darkest episodes of history such as the executions of the Spanish inquisition. Later on, the close location to the sea and the main commercial routes of the city, as well as one of the principal water supplies, the whole area was of high economic activity and value. 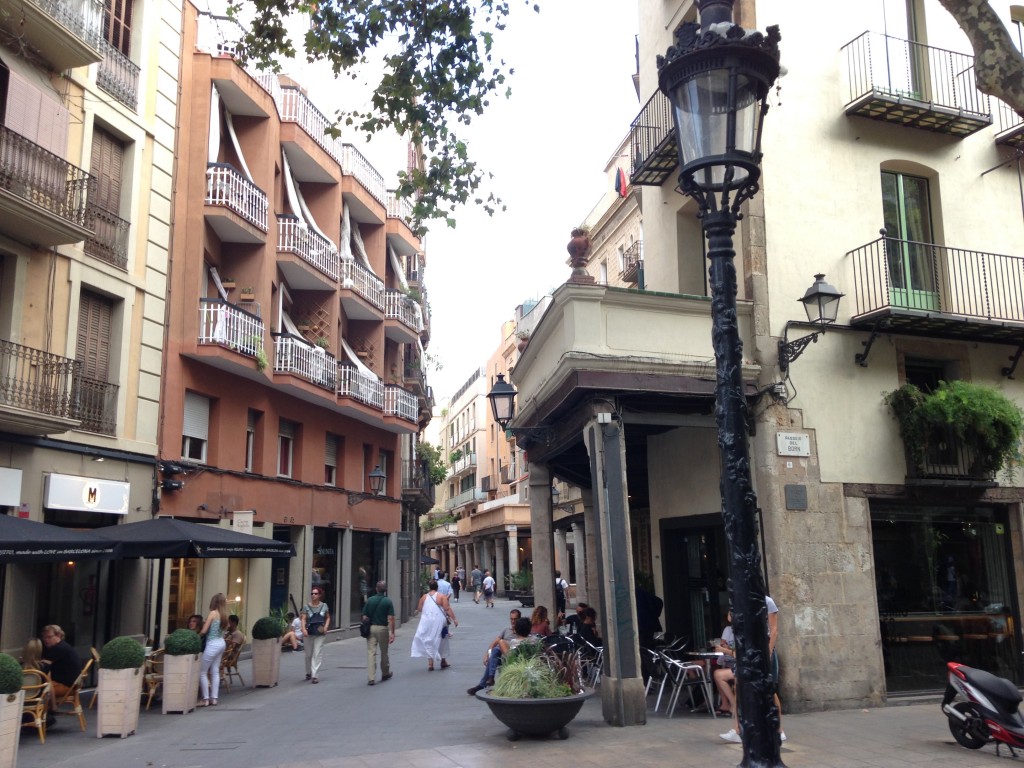 Streets that flow from the boulevard of el Born

In the district of La Ribera, Sant Pere i Santa Caterina, located between the gothic cathedral of Santa María del Mar and El Born Market –which is today one of the city’s most impressive memorial centers– the Passeig del Born is today frequented by pedestrians and has popularized the surrounding areas, to an extend that the whole district itself is now known as El Born. The neighbourhood is located downtown in Barcelona’s historical center between Via Laietana and Arc de Triomf. 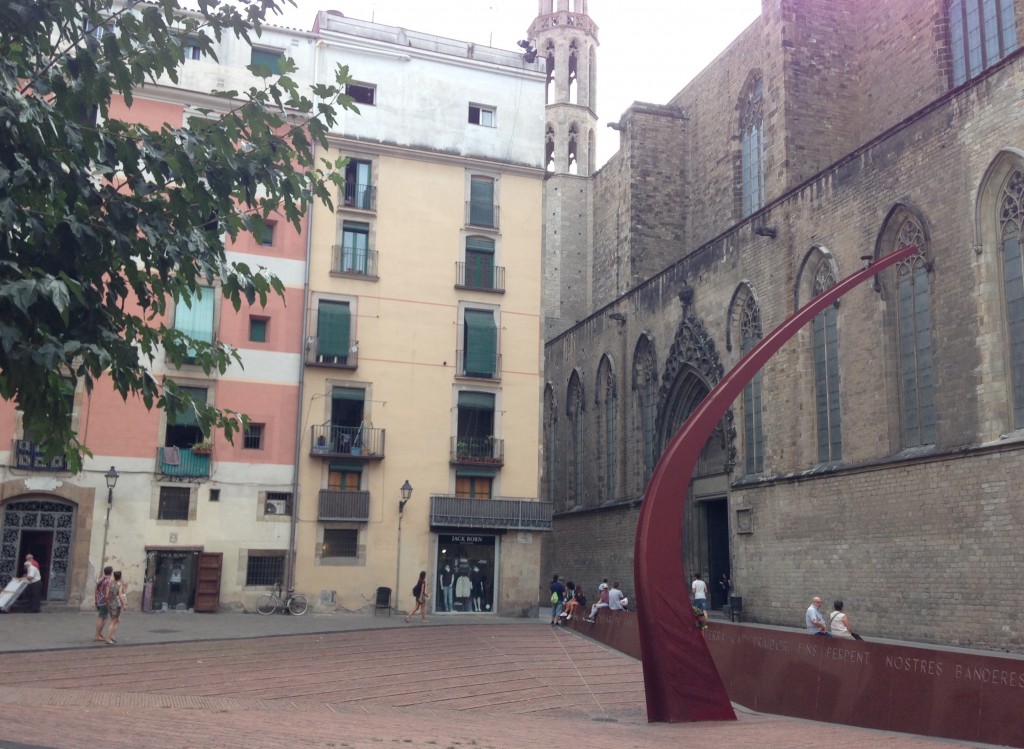 Some monuments are worth the visit, like the above mentioned Cathedral of Santa Maria del Mar, but also the Art Nouveau Unesco World Heritage concert hall, the Palau de la Música, which is like the door to the northern area of the quarter, and the spectacular Picasso Museum, set in an ensemble of five palaces from between the 13th and 15th centuries, squeezed between the narrow streets of this commercial area. 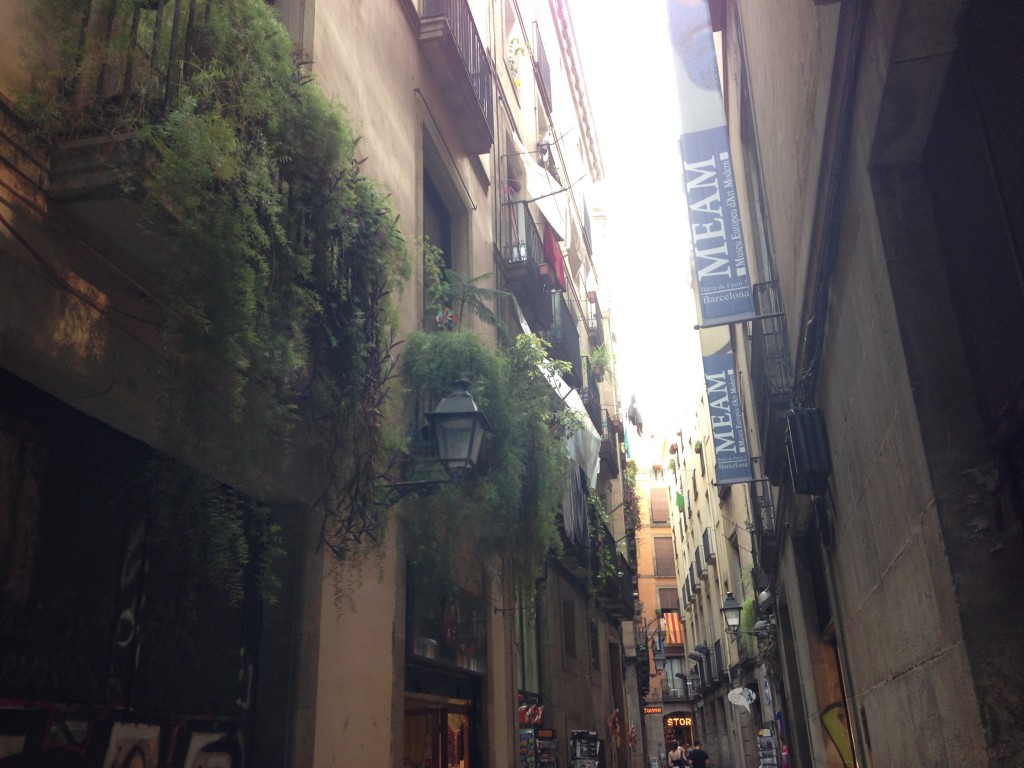 Nonetheless, the area itself is already a museum, the squares and corners of el Born are a combination of visitors and neighbors enjoy the details within an exquisit array of boutiques, restaurants and galleries. 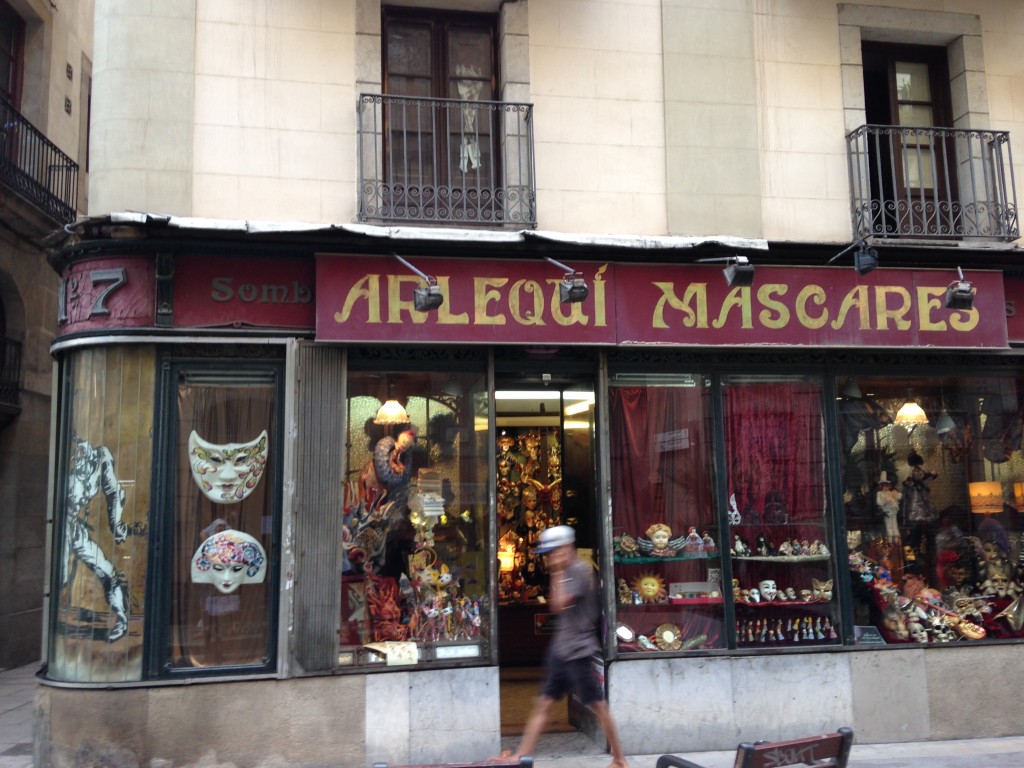 El Born seems sometimes to reflect a personality that doesn’t distinguish between old and new.

Classical businesses have been outnumbered by restaurants and vintage shops. The galleries merge antiquities and modern abstract art while neighbours meet each other in the facilities of some social institutions and associations.

Within the muddle of old and new streets, after many restorations, you can find some recent constructions that fit perfectly in the area’s charismatic architecture, the marriage between old and new has taken place again in Barcelona. Old facades in new buildings, one of the things that fascinates me the most. 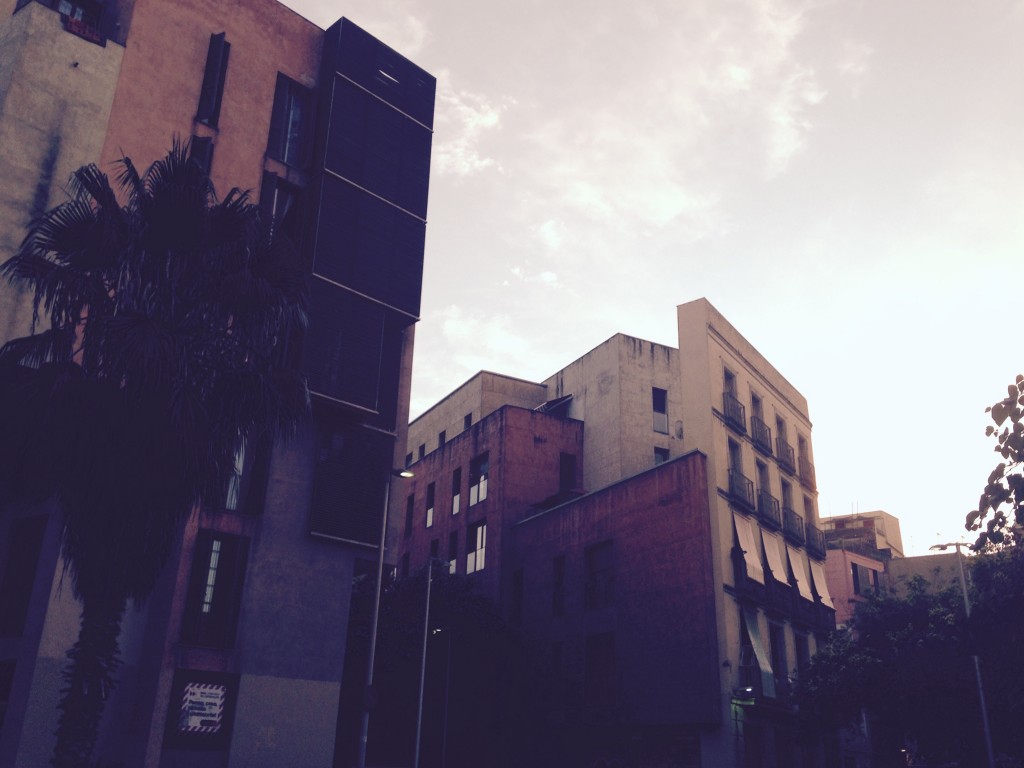 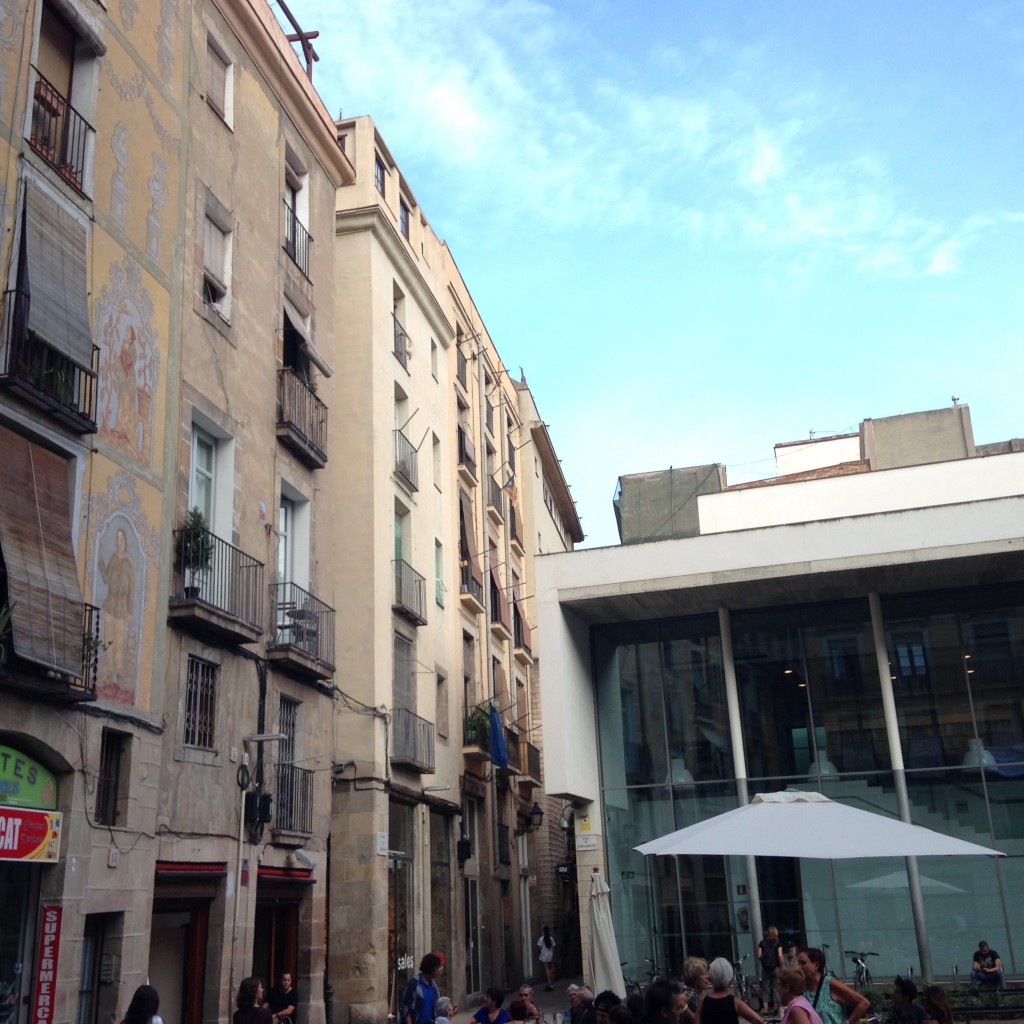 El Born is now a chic place to shop, eat and walk. But also a good area to live. Most touristic apartments are offered in this area between hotels and the locals apartments. It is centric and well connected. The little squares such as Sant Agustí, Jaume Sabartés, or Sant Pere are just great for a drink.

If you need any information related to one of the trendiest places in Barcelona, please don’t hesitate to ask us! We’ll help you to satisfy your curiosity about el Born, the vibrant place to be. 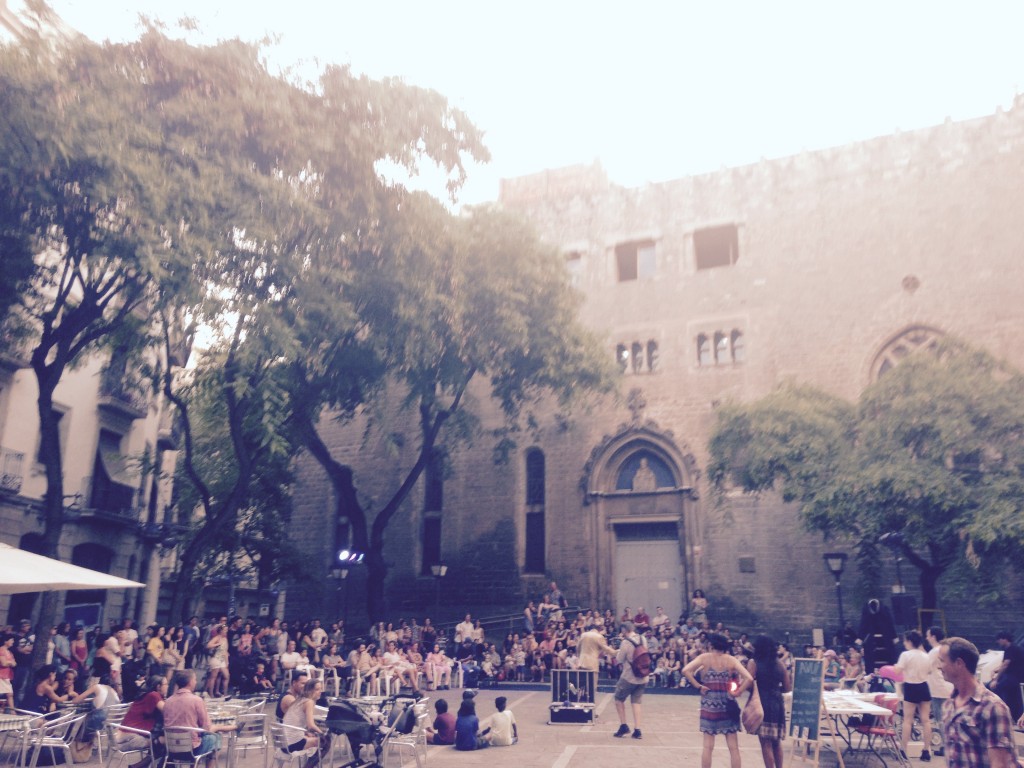