The monastery of Sant Jeroni de la Murtra was built in the Gothic style at the beginning of the fifteenth century. It is situated in the Sierra de Marina park to the north of Barcelona. The monestary belonged to the Catholic order of the Hieronymites and was founded in 1416 by the merchant Bertran Nicolau, on the old house of Ça Murtra. From this house the church, the cells, the cloister, the refectory, the kitchen and other monastic buildings were built.

After King Ferdinand II of Aragon was wounded by an assassination attempt in 1492 on the steps of the Royal Palace of Barcelona, he spent a few days recovering in the monastery with his wife Isabel of Castile. Sant Jeroni de la Murtra was also the setting where Catholic Monarchs received Christopher Columbus in April 1493 on his return from his first voyage to America. The monastery is decorated with portraits of King Juan II, the Catholic Monarchs, Carlos I and Columbus. In 1975, the cloister was declared a historic monument of national interest.

Monks lived at Sant Jeroni de la Murtra until 1835, when it was partially burned in a fire. After the Ecclesiastical Confiscations of Mendizábal (decrees that resulted in the expropriation and privatisation of monastic properties in Spain from 1835 to 1837), the monestary was put under auction. 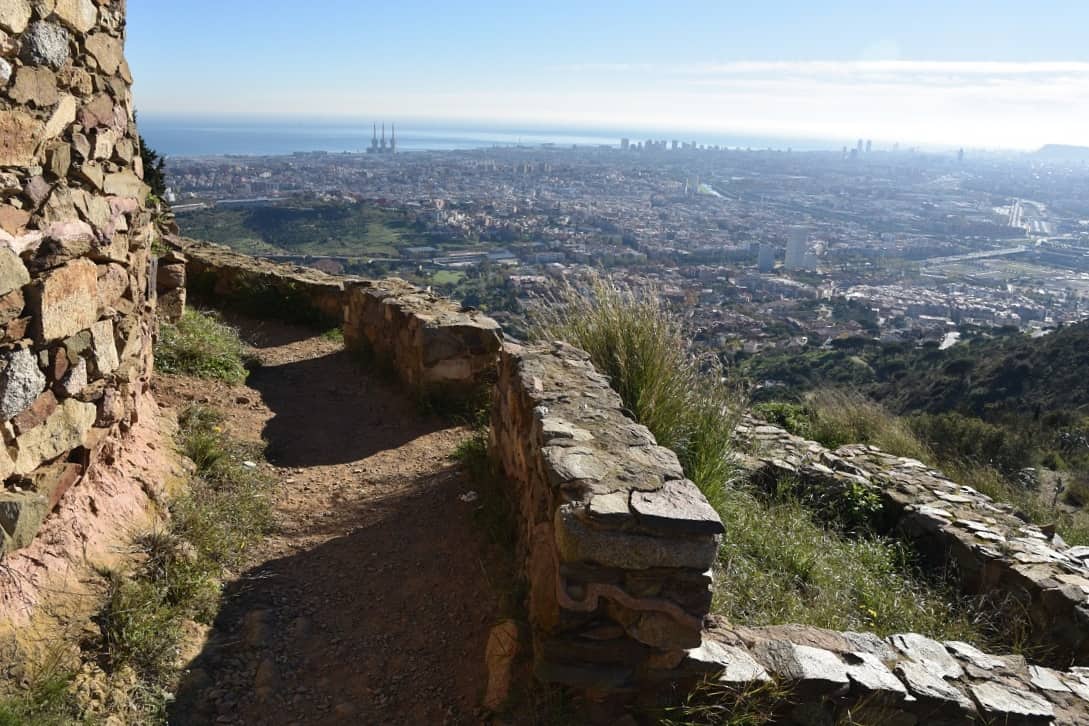 Puig Castellar is located at a peak of the Serralada de Marina Park, 303m above sea level, covering an area of 5,000 m². The site belonged to the Laietani, an ancient tribe of Iberian people. The site dates back to the beginning of the 4th century BC to the beginning of the 2nd century BC. Historians believe that the settlement was abandoned because of the Second Punic War. Relics have been discovered relating to storage, weaving, grain milling and metal working.  Artefacts are housed in Museu Torre Balldovina in Santa Coloma de Gramenet.

Santa Coloma de Gramenet lies to the north of Barcelona, essentially a suburb reachable by metro from the city center. It is situated beside the Litoral mountain range and the Besòs river. Between Santa Coloma and the coast lie the municipalities of Sant Adrià de Besòs and Badalona. From Plaça de Catalunya it takes about half an hour to get to Santa Coloma metro station (L1).