Top souvenirs you must have from Barcelona 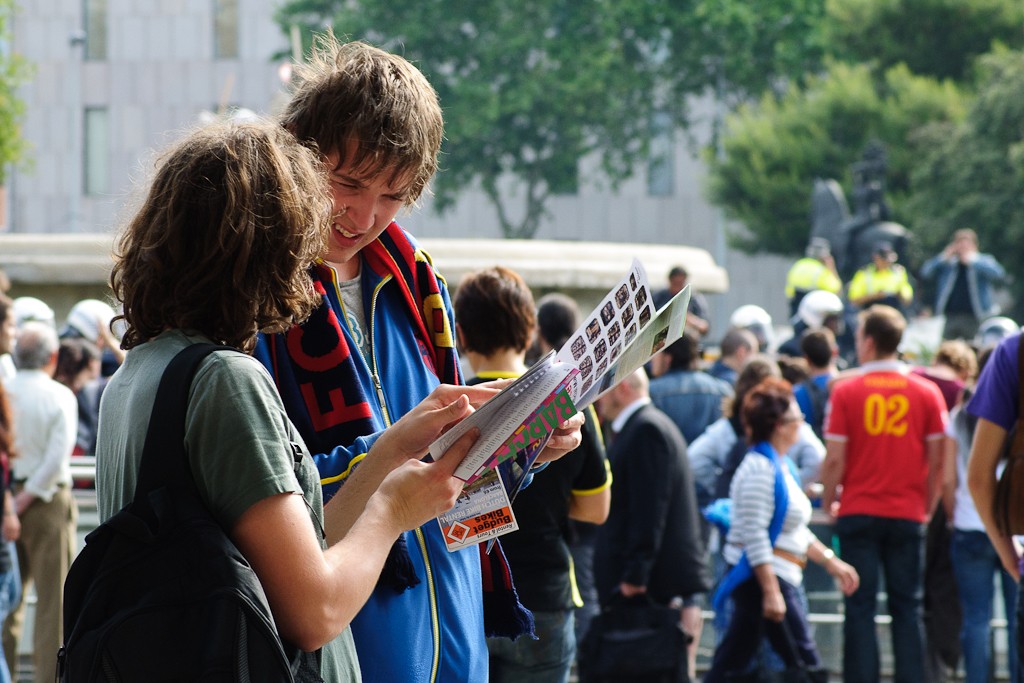 Barcelona has an antique and rich culture which is represented in a vast variety of customs. Traditions that in many occasions surprise the travellers that visit the city. Why not take a piece of this culture when you return home? In this article we recommend the top souvenirs that you should take home and the interesting history hidden behind them.

El Caganer, the Catalan funny figure of the Nativity scene:

This is an indispensable figure of the Nativity scene for catalans. Traditionally, the Caganer was a farmer dressed with the Catalan traditional clothing (beret and sash) in the surprising position that you can see in the picture: Caganer actually means “shitter”! It is placed at the Nativity scene as a symbol of luck during Christmas. The tradition started between the end and beginning of the 1800’s, in the Baroque, an artistic and cultural movement with an exaggerated realism. It was even more popular in the 1900’s.

Nowadays, the image of popular characters as politicians and athletes can be also Caganers. You can buy these figures represented by Barack Obama, Lionel Messi, Obama, Piqué, Angela Merkel or Vladimir Putin. This is part of our traditional Christmas imagery. 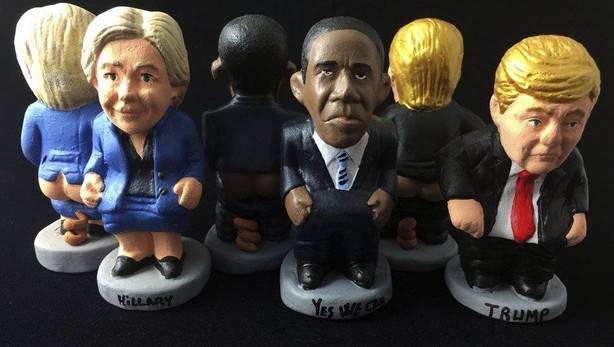 With the elegance and femininity that brings these pieces of silk to the female wardrobe, this is one of the most beautiful presents you can give to a woman. Back in the Medieval times, the unions of the silk in each city were very influential in the economy, their buildings were little jewels with silk dressing walls, chairs, curtains… Don’t miss La Casa de la Seda in Barcelona if you want to enjoy one of this amazing houses! A hidden barroque building in the heart of the city catalogued as National Cultural Heritage. 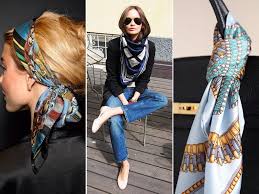 Hand fans are the best trade mark of the Spanish culture widely used by the flamenco dancers. This accessory reached the heights of it’s splendour in nineteenth century Europe, particularly in Spain and between the flamenco lovers. The first hand fan in Spain dates from 1802 in Valencia and quickly became a must have among upper class women. Fans were hand crafted and hand painted with the most delicate flower drawings mainly.

The hand fans are used not just to keep cool during our hot summers but also they became the best present for decoration. You can get very cheap pieces as well as beautiful vintage artworks of silk and hand painted. 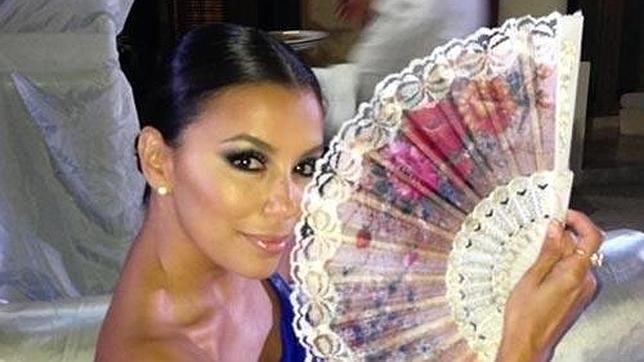 Don’t miss the shops of the most important monuments of the city like Casa Batlló, La Pedrera or Museo Picasso! In there you will find from photographs, postcards to jewelry designed in the style of Gaudi trencadís. Colourful style made from the mixing of broken mosaics. Unique from Barcelona and unique from Gaudí!

You will have to make sure that you will not have problems of weight in your suitcase since one of these tasteful pieces can weigh up to 9 kilos. However, it is a gift that will surely be appreciated at home during Christmas. Now it is not only important to buy a good quality ham, but also to know how to cut it properly. Everything is technical and practical. We prefer irregular and very thin cuts to taste it better! 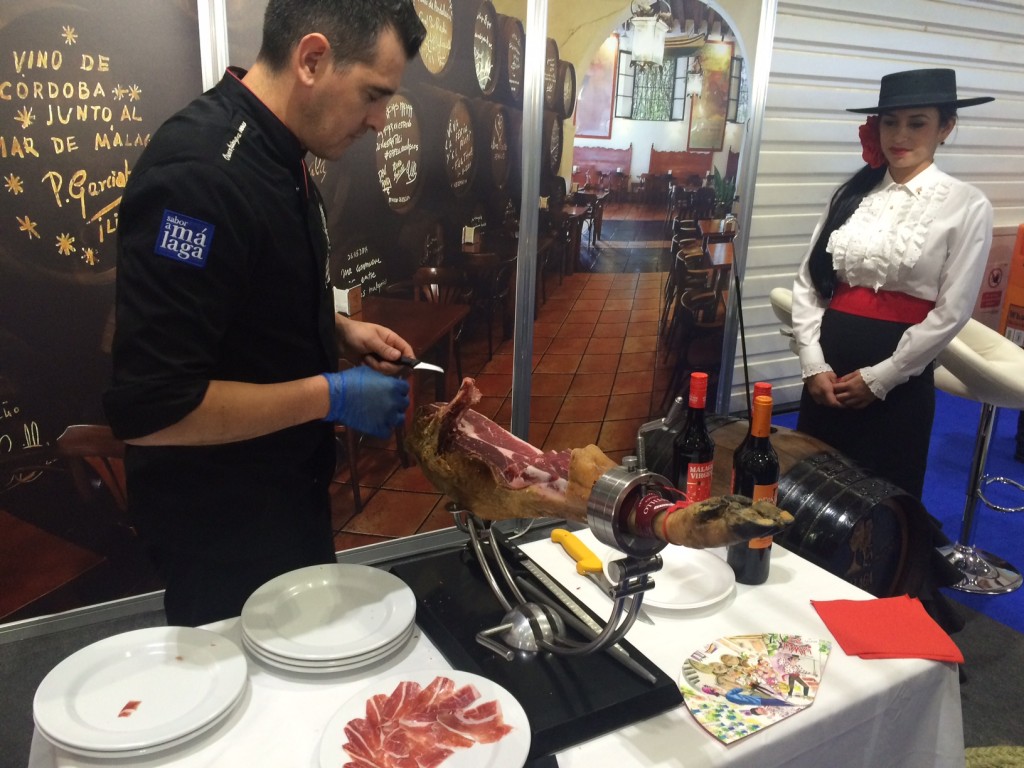 Do you dare to buy one? Aware of how significant the ham is to our culture, some decor stores and souvenirs have put on sale cushions with shape and size of a real ham. Lighter for your luggage ?

The world wide known Spanish team, Barça, will be also one of the attractions of your trip. Camp Nou is the Mecca of football where you have to go at least once in your life so why don’t bring home one of the t-shirts of their most famous football players like Piqué, Messi, Iniesta… Kids will love it!

If you visit any souvenir shop in Barcelona, you will probably find magnets of bulls (very representative animal in Spain) although bullfighting was banned in Barcelona in 2010. The bullfighting is a tradition from medieval times, Charlemagne and Alfonso X the Wise were fans of this particular activity. In fact, Barcelona had 3 bullrings, the Torín of Barceloneta, Las Arenas and the Monumental. However the old Catalan bullfighting tradition has been declining and has become extinct progressively, very different that what happen in other parts of Spain where this activity is still live.

The abolition of bullfighting in Catalonia was passed by the Parliament of Catalonia on July 28, 2010 from a Popular Legislative Initiative originated by the Platform Prou! in defense of the animal rights. The Catalan autonomous community wasn’t the first one taking this iniciative. The Canary Islands did it before, in 1991. What do you think about it?

Regarding Flamenco, the tradition is more from the south of Spain in Andalusia. If you’re looking for a more authentic music, that is Rumba Catalana! 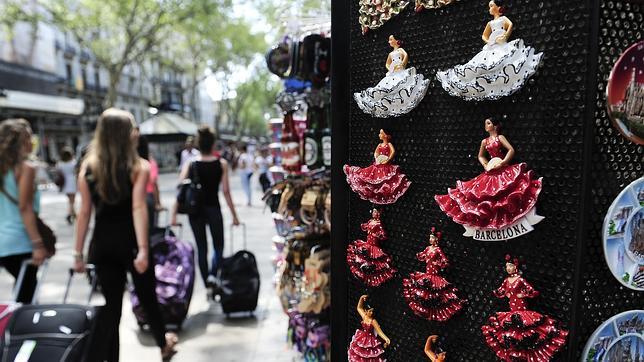 Flamenco magnets souvenir in a shop in Ramblas of Barcelona