Beautiful carpets of Cement: the colourful world of the ‘hydraulic tile’ 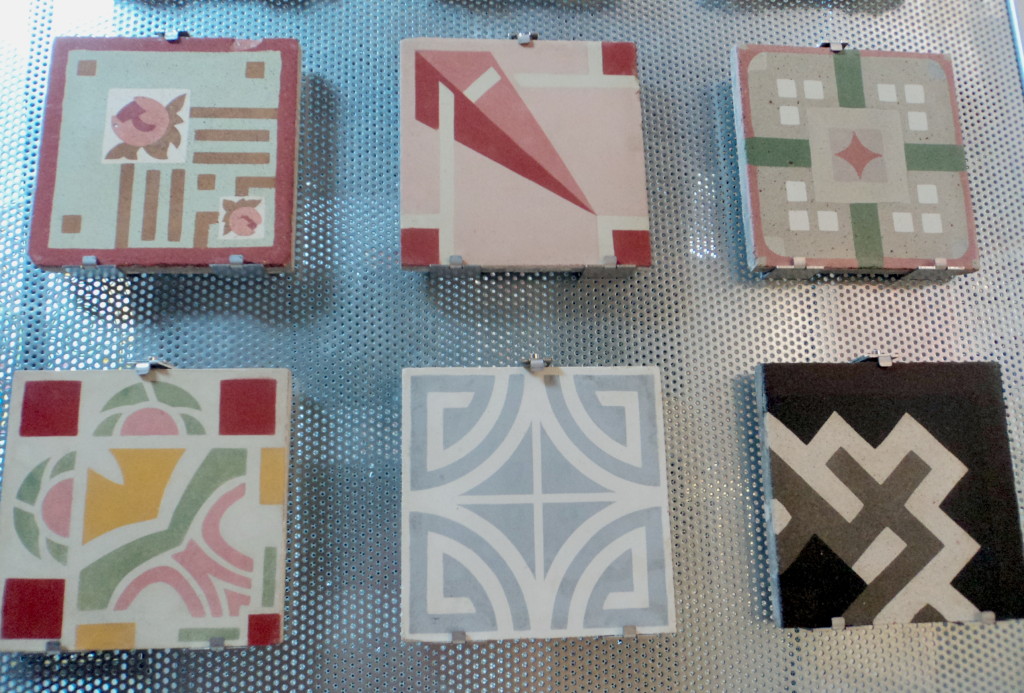 For over a hundred years, Cement tiles –better known as encaustic or ‘hydraulic’ tiles, have paved the floors of thousands of Barcelona flats with beautiful shapes and colours. It is probably the Catalan way to have a carpet: it is durable, fresher, hygienic and also beautiful.

This technique appeared around the 1850s, but it wasn’t until the 1880’s when it was established. Some documents point that hydraulic tiles were exhibited for the first time in the Paris International Exposition of 1867 by the Catalan company Garret & Rivet.

The success arrived so fast that only a few years later, at the height of Art Noveau, the great acceptance of hydraulic tiles resulted in the growth of the number of companies that made this kind of pieces.

In fact, it is considered the least known (and probably the most original) artistic disciplines of Art Noveau, and the huge possibilities to create innovative and bold designs made the manufacturing companies to occasionally order to prominent artist to design tiles: Josep Pascó, Alexandre de Riquer, Lluis Domènech i Montaner, Josep Puig i Cadafalch.

Antoni Maria Gallissà or Rafael Maso, among others, created shapes and silhouettes of flowers, plants or geometrical painted in bright colours like red, green, cream, blue, black or purple were present in each piece. Soon the floors with this technique and decoration represented good taste, personalization and aesthetic sensibility. 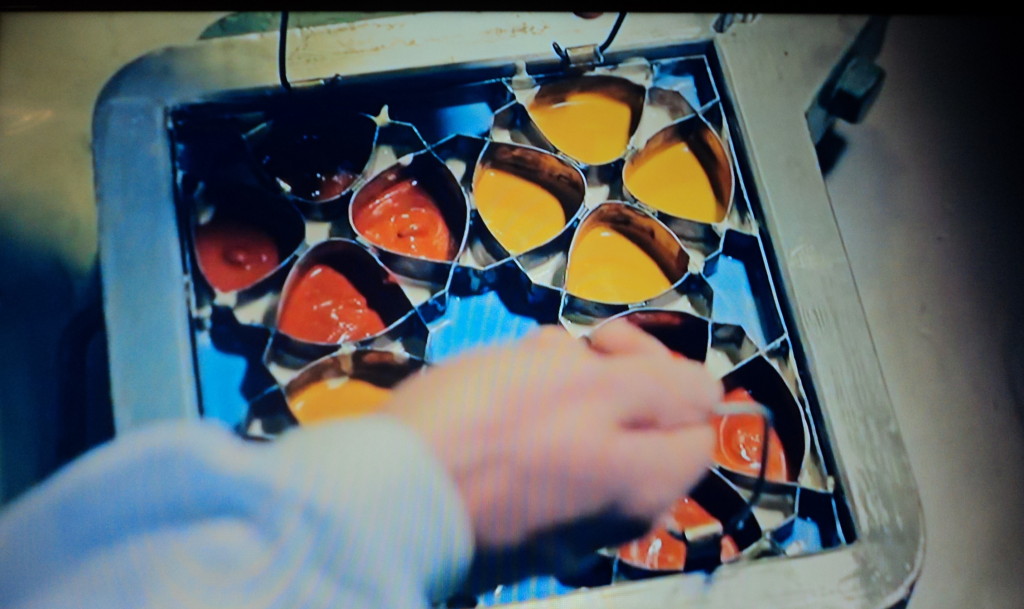 Pigments of the tiles

Currently, the hydraulic tile lives a revival led by new designers and architects who continue to believe in its potential constructive and ornamental.

How are they made?

Hydraulic tiles are made from moulded and pressed cement. In fact, the word ‘hydraulic’ is not related with the way the pieces are pressed. It is actually from the hardening effect of the cement in contact with water. Halfway between handmade and mechanised production, these tiles are square-shaped and usually measure 20 x 20 centimetres -although other sizes and shapes can be found-, and they are about two centimetres thick. 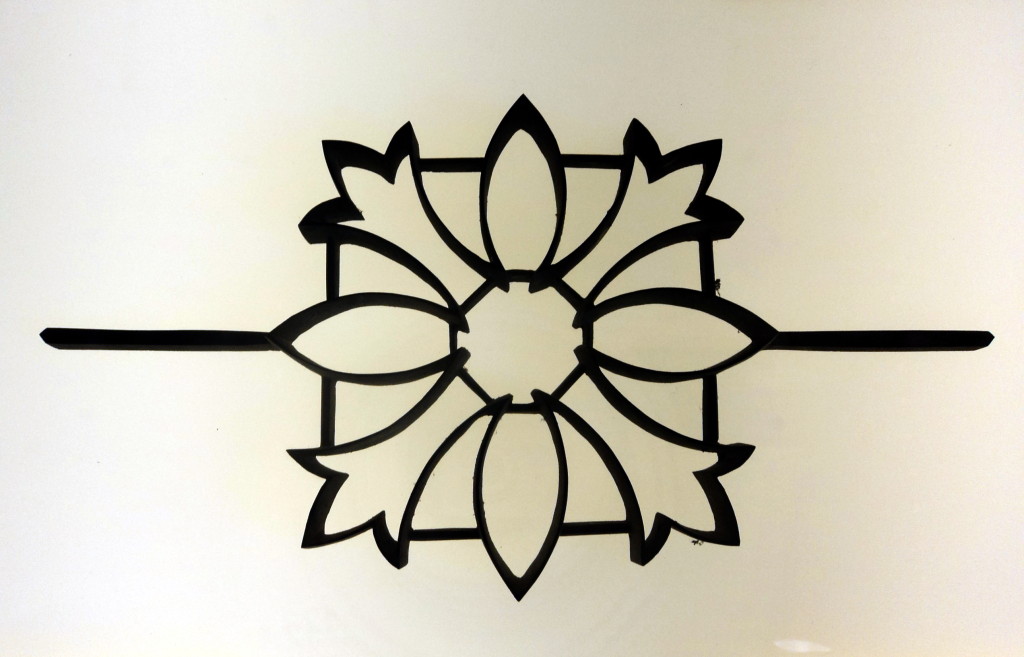 Created one by one, the tiles have three layers:

The top one is where the decoration is, made from a mixture of Portland Cement, marble sand and pigments. They use a metallic mould, previously greased. The stencil is placed inside the mould (which will be used to create the design) and they pour the pigments of the colours into the corresponding cells.

The second layer, also about 4 millimetres thick, is the intermediate one. It is made of a mixture of the cement and sand, and its function is to absorb the excess of water from the pigmented layer.

The third layer, the base of the tile, is around 12 millimetres thick and is made of Portland cement, regular cement and sand. With high porosity, this layer is the one that is in contact with the floor, and is very easy to adhere during installation, another reason why this technique became so popular and used. 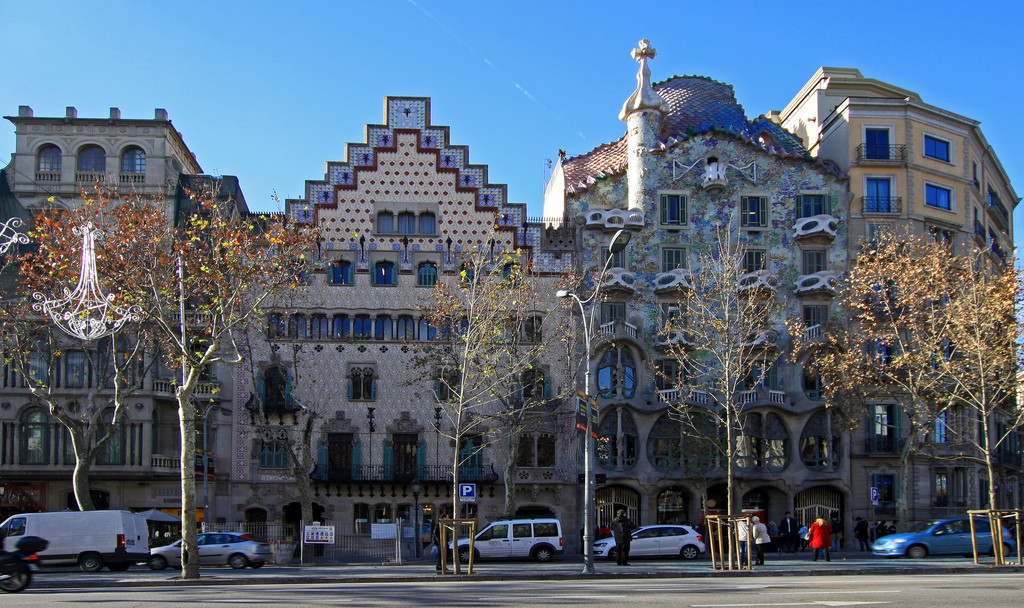 ‘Panot’: A pavement decorated with ‘flowers’ of cement

Walking around the city, you may see a symbol in some souvenir shops or in accessories like handbags or keyrings which consisting of a circle surrounded by four other semi-circles that seem to be fused into the central circle. You may only see this symbol in Barcelona and it is supposed to be a flower. A schematic design that decorates thousands of tiles of the city pavements.

Popularly known as “panot”, the tile is a piece of cement which measures 20 x 20 centimeters. Very resistent and easy to mantain, the tile was first used to solve the problems that caused the mud in the city in the early 20th century.

Did you know? One of the motes that Barcelona received during this period was ‘Can Fanga’, which refers to a ‘muddy place’, due to the recurrent puddles of mud on the city pavements.

To find a solution to this ‘dirty’ problem, in 1906 the City Council approved to place on the streets six different models of tiles for ‘civilised pavement’. One of them was designed by one the most well-known Modernist architects: Josep Puig i Cadafalch: The famous ‘panot’ or ‘flower tile’.

Where to find them?: Just take a look under your feet while you are taking a stroll and you will find all the different pavements, ‘panots’ included.

Tip!: If you want to find where the first and eldest panots in the city are, you just have to get to the entrance to Casa Amatller’s building, in Passeig de Gràcia and just next to the beautiful Gaudi’s Casa Batlló.

Don’t miss! Walking around Passeig de Gràcia and its surrounding area, search for another iconic Catalan tile. A 25 centimeters hexagonal shaped tile designed by Antoni Gaudí and planned for Casa Batlló back in 1904. In the end, though, Gaudí used his pavement creation, for the first time, for the ‘service floors’ of nearby Casa Milà, best known as ‘La Pedrera’.

In 1997, the tile was reissued and Barcelona’s City Council used it to pave Passeig de Gràcia to pay tribute to Gaudí. 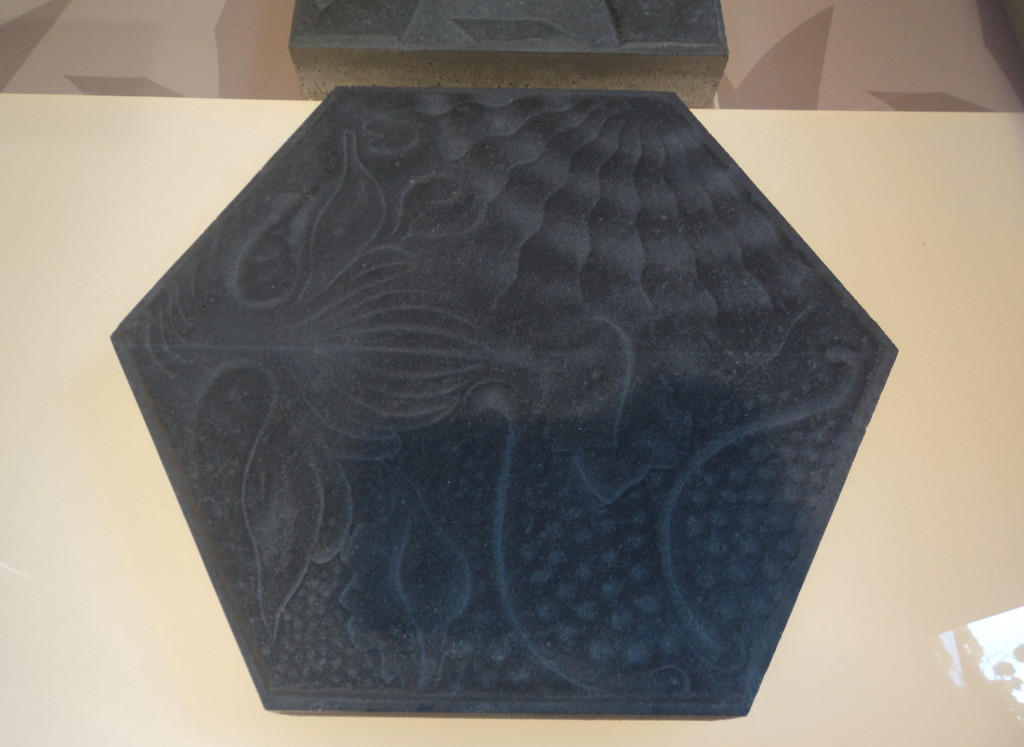